The Rebellious Nature of Infant Baptism: Yeah, You’re In 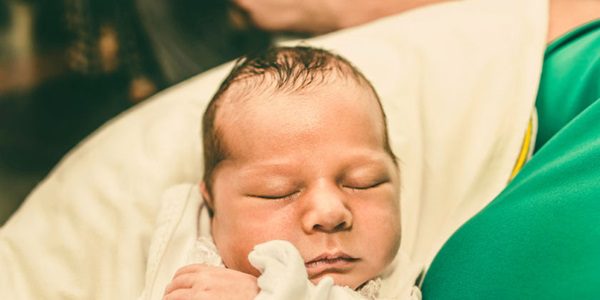 Note: A sermon preached for an infant baptism on July 24.

I love baptisms. I especially love infant baptisms. Not just because infants are so cute and unpredictable, but because it’s counter-cultural.

When I was in seminary we had some debates about whether we should perform infant baptisms, or if we should wait for the individual to make a conscious decision to be baptized. Speaking of debates, my in-laws are Baptists and I’ll tell you that I quickly learned in my marriage that it’s best not to debate the theological intricacies of infant baptism with your father in-law…

Now, each side of the baptism debate has perfectly fine reasons for their positions. And because the United Church of Christ emphasizes individual freedom of conscience, each of us is free to believe whatever we want. And there are probably many diverse opinions in this room right now on the topic.

But I love infant baptism because it’s counter-cultural. It’s actually quite rebellious.

I’ll tell you what I mean by that in a minute, but first, I want you to know that I tend to follow the rules. I’m not a very rebellious person. In fact, my wife Carrie will tell you that every time I make macaroni and cheese for my kids, or for myself, I take out the box, look at the instructions on the side, and go step by step with boiling the exact amount of water, the perfect cube of butter, and the right amount of boiling time. Carrie on the other hand just throws everything together (hand motions and sound effects) and is done.

We spend a lot of time living this way. Every group has its rules. Middle schools and high schools might be the easiest place to see this dynamic at work. Cliques are based on unspoken rules of who’s in and who’s out. This creates an identity of “us” and “them.” There are the popular kids, who define themselves as popular because they define other kids are “losers.” The smart kids are smart because others aren’t. Pretty girls are pretty because other girls aren’t. Jocks are athletic because others aren’t.

You know this picture well because the rules of who is in and who is out are so obvious in middle school and high school. But that’s because teenagers are often very unsophisticated at playing by these rules. They make it so obvious. They have yet to become adults, who are the professionals at playing the game of who’s in and who’s out.

We adults play this game all the time. We see it in family dynamics where family systems theory tells us that spouses often channel their own conflicts onto a certain child, who becomes outed as the black sheep of the family. Neighbors often find sense of who is in and who is out by gossiping about the strange man who lives down the street. Office politics is often centered around a scapegoat who can be blamed for business problems. Unfortunately, we frequently see this same dynamic in religion, as it is often used as a way to divide the world into us and them. Christians versus Muslims versus Jews versus atheists. The list goes on.

But maybe the most obvious place we currently see this dynamic of who is in and who is out is our national politics. Let me do this somewhat carefully so I can show you how easily I get sucked into playing by these rules.

A few weeks ago, the Republicans held their national convention. As you probably recall, there was a lot of drama during week – from accusations that Melania Trump plagiarized her speech to chants of “lock her up” directed at Hillary Clinton to Ted Cruz getting booed off the stage. But part of the drama on the first night came from a prime time speaker named Antonio Sabato, Jr, a speaker at the convention who’s best known for being on soap operas. After his speech, Sabato gave an interview to ABC news where he combined religion and politics to deliver a classic example of separating the world into us and them.

Sabato began the interview with vague criticisms of Barack Obama’s policies during the last eight years. Now, I think it’s good that our political parties criticize each other’s policies. We need political criticism of ideas in order for our democracy to flourish. But when Sabato was asked which specific policies he disagreed with, he responded, “Well, first of all, I don’t believe that the guy is a Christian. I don’t believe that he follows the God that I love … I mean, if you understand about Obama … that’s not a Christian name, is it?” When asked what religion he thinks Obama belongs to, Sabato stated, “I believe he’s on the other side … He’s with the bad guys … We had a Muslim president for 7 and a half years.”

This is a clear example of using politics and religion and fear to say who is “in” and who is “out.” The message is that Christians are good and Muslims are bad. Republicans are good and Barack Obama is bad.

Now, one could claim that this Antonio Sabato guy is an outlier. I hope that’s true, but here’s the larger point that I want to make – I don’t know about you, but when it comes to the rules of who is in and who is out, I’m not a lot different than Sabato. I still look down the side of the box of macaroni and cheese and put in just the right amount water and butter and macaroni. Going with the metaphor, I can easily claim that Sabato isn’t playing by the rules of the Christianity that I follow and so he’s out. I mean, what really makes angry is that he uses Christianity and even Jesus himself as an excuse to exclude people. And so, in my mind, I would like to exclude him.

Do you see the dynamic I’m trying to get at? It’s not that the rules are bad – I still think my macaroni and cheese is the best – it’s that when we live strictly by the rules we use them as an excuse to exclude and marginalize others. Whether we are Republicans or Democrats; liberal, progressive, or conservative, we all have these kinds of rules that tell us who is in and who is out.

What does all of this have to do with Jesus and the countercultural nature of baptism? You see, we play by the rules of our specific group in order to prove ourselves worthy of being included as a valuable member of the group. But here we are, before our little infant can even think about playing by the rules to prove himself worthy, and our message to him is, “You are in. You are loved. And you belong.”

Again, the rules are good, but they become corrupt when we use them to divide the world into us against them. That’s why our reading from Second Corinthians states that “For in the one spirit we were all baptized into one body – Jews or Greeks, slave or free – and we were all made to drink of one Spirit.”

If you are like me, a little bit of despair has crept into your soul during the last few months. The world seems to be divided into us against them now more than ever. Beginning with the Orlando shooting, moving to Dallas, the terrorism in Nice, and this last week the police shooting of a black therapist with his hands up in the air helping his client in Florida and the terror at a mall in Munich Germany, it just seems that violence and hostility inundate us on the news every day.

Our New Testament reading today comes from the Sermon on the Mount. In it we find that while we divide the world into us and them, into enemies and friends, God doesn’t. That’s why Jesus says, “Love your enemies and pray for those who persecute you, so that you may be children of your father in heaven; for he makes his sun to rise on the evil and on the good, and sends rain on the righteous and the unrighteous.”

This is why I find Christianity so challenging, and why I also believe it’s one of the greatest hopes for our world. Every day we hear news about violence and hostility in our country and throughout the world. That’s the cultural story we are being told over and over again about how our world works. But there’s an alternative, counter-cultural story. The story of Jesus doesn’t add to the darkness and despair in the world, rather, it brings light and love and hope in the midst of darkness.

It’s a story that says to our infant here today and to everyone, you are in, just as you are, in all of your glory, you belong to the love of God.

August 8, 2016
The Bible Explained Part 2: How the Bible Hijacked the "Image of God"
Next Post

August 10, 2016 Wednesday Sermon: The Human One Is Coming!
Recent Comments
0 | Leave a Comment
"Great reflect. Makes me think that I've heard it said that the 3 most powerful ..."
Mark Zaegel Toxic Christianity: 3 Things We Can ..."
"Christianity becomes toxic when it allies itself too closely with any extraneous political or social ..."
Harold Porter Toxic Christianity: 3 Things We Can ..."
"I hope that the day will come when there will be a deeper and more ..."
David B. Miller Is Pacifism A Luxury?
"I often wonder about the parable of the good Samaritan. What if, in Jesus' story, ..."
Newton Finn Is Pacifism A Luxury?
Browse Our Archives
get the latest from
Teaching Nonviolent Atonement
Sign up for our newsletter
POPULAR AT PATHEOS Progressive Christian
1