Portland, Kathy Griffin, and Violent Politicians – Where Do We Go From Here? 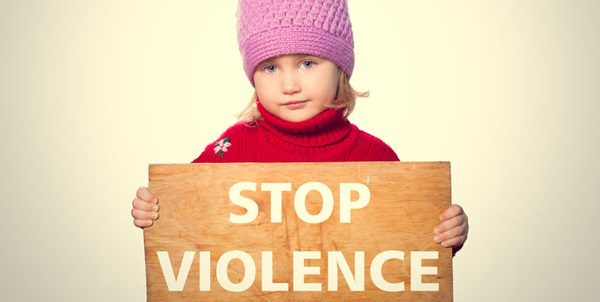 A string of violent news stories has captured headlines throughout the United States during the last week. From Portland train stabbings to a politician body slamming a reporter to a comedian pretending to decapitate Donald Trump, these three stories are symptomatic of a larger problem within American culture.

Violence On a Portland Train

Portlandia. I love my home town. It is as quirky, charming, and rainy as you think it is. And like many American cities, it sadly has a racist and violent streak.

My dad lives in a suburb of Portland. He loves to ride the Max Line in and out of the city. Of course, after the tragic stabbings last week, I was concerned about him. So, I called him to ask how he was doing with the news.

“I don’t know if I can ride MAX anymore,” he reflected. The murder of two men attempting to protect a Muslim woman and her African American friend rattled him. But he was rattled a few weeks ago, too.

He was riding MAX to the airport. He placed his luggage a few feet away as he sat in a section of the train that was nearly empty. At the next stop, a man entered the train and the following conversation between him, my dad, and another man (Man 2) who was sitting near my dad ensued:

Man: Whose luggage is this?!?

Man: Move it out of my way!

Man 2: Hey! Leave this man alone. He’s not causing any problems. The luggage isn’t in your way. There are plenty of places to sit.

Man: Hey! Mind your own business!

Man 2: (Pulls out a black rectangular box from his pocket and points it at the man) You better go sit down over there or I’m gonna tase you!

At that point the man walked away. It was a scary situation that escalated quickly and could have led to violence. Thankfully, it didn’t.

A week before the murders in Portland, Montana Congressional candidate Greg Gianforte body slammed and punched Ben Jacobs, a reporter for the Guardian. Jacobs asked Gianforte a question about Trump’s budget proposal. Within seconds, Jacobs found himself lying on the ground with his glasses broken.

Gianforte’s team immediately blamed Jacobs for the escalation of violence. After all, Jacobs was “asking badgering questions.” Gianforte’s spokesperson added, “It’s unfortunate that this aggressive behavior from a liberal journalist created this scene at our campaign volunteer BBQ.”

The next day, Gianforte won the election. He decided he should apologize in his acceptance speech. “Last night I made a mistake. I took an action that I can’t take back and I’m not proud of what happened.”

Violence: Kathy Griffin Is Not Funny

And then there’s comedian Kathy Griffin’s photo shoot where she’s pretending to decapitate Trump’s head. Really? A joke? A few days after the stabbings in Portland? It was insensitive, stupid, and just not funny.

CNN rightfully fired her. Squatty Potty immediately saw her crappy behavior for what is was and dumped her from their upcoming campaign. (Hey, I have three children. Poop jokes come naturally to me…)  Republicans are demanding liberals apologize for her actions. Liberals claim Republicans are being hypocritical about “political correctness.” As if she was just being politically incorrect…

Body slams. Murder. Decapitation. My God. How did we get here?

Violence: How Did We Get Here

Progressives, like myself, are quick to blame Donald Trump. Trump’s campaign rhetoric was full of hate and vitriol. He disparaged Muslims and hispanics and women and the disabled and the media and he used coded racist language against African Americans. As a populist, he quickly moved from mastering the art of the deal to mastering the nefarious art of scapegoating – of channeling political hostility toward minority populations.

But Donald Trump himself makes a convenient scapegoat for me and my fellow progressives. Yes, Donald Trump often shows hostility toward minority groups, but it’s far too easy for us to mirror his hostility. Kathy Griffin went too far for most progressives, but her behavior wasn’t created in a vacuum. It was the result of a culture that responds to hostility with hostility. That culture of hostility infects conservatives, liberals, and everyone in between.

René Girard calls this mirroring mimesis, a word that refers to the unconscious capacity we have to absorb everything around us, but especially emotions. When someone smiles at you, you instantly smile back. But when someone frowns at you, you frown back.

Girard’s mimetic theory explains why ideas, thoughts, and emotions spread contagiously. But Girard spent his life warning us that violence is the most mimetic aspect of human beings.