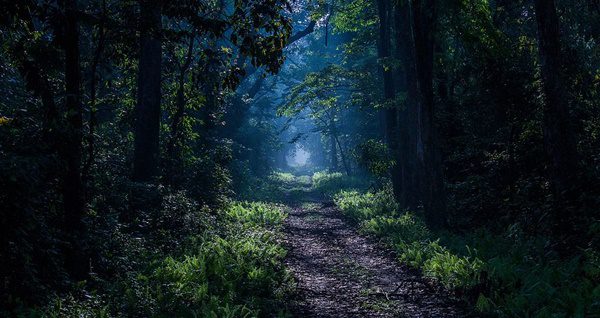 In this sermon, Tom explains how Jesus transforms our understanding of God. The disciples thought God was seen in power and might, but Jesus revealed God is best understood as nonviolent love. Tom writes that when it comes to violence, “Everything in us wants to imitate our offender and do him one better.” But violence doesn’t transform. Jesus shows us the way of transforming love and calls us to follow him.

The disciples were shocked. With Jesus and his disciples half way between Damascus and the Sea of Galilee he told them he would be going to Jerusalem where the religious leaders would kill him and he would be raised on the third day. He disclosed this in Caesarea Phillipi, a center of pagan worship.  The disciples couldn’t help but experience it as an act of disloyalty to their own people, culture and religion.  They thought Jesus was destined to be a military, political and religious leader, not a martyr.

They thought God was about muscle, being for his own, and protecting his leaders.  If Jesus allowed his own people to do all those bad things to him how could he be the Son of the living God. God isn’t like that.  God doesn’t work that way. God doesn’t do suffering love, God does power.

So “Peter took hold of Jesus and, scolding him, began to correct him: ‘God forbid, Lord! This won’t happen to you.’”  Peter got physical with Jesus like an adult with a child who is acting out of line.  Peter thought he was speaking for God.  Looking through his small window on the world, Peter can’t see the big picture.  He can’t see that Jesus is in the process of expanding all human categories of division to the point where no one is excluded.  Peter would struggle with this for the rest of his life. He had great difficulty in seeing Jesus as bigger than religion, bigger than his own culture and big enough to respond to the needs of the entire human race.

With Peter still holding on, Jesus turned and said “Get behind me, Satan. You are a stone that could make me stumble.” When Peter, under God’s influence, saw that Jesus is the Christ, the Son of the living God, Jesus said he was the rock upon which he would build the church.  But now Jesus describes Peter as a stone that could make him stumble.  Before, Peter spoke with insight come God.  Now he speaks from his own center formed in rivalry and violence and becomes a stumbling block.  Jesus tells him he is not thinking God’s thoughts but human thoughts.

Peter, speaking for the world, wants Jesus to save the world through the imposition of power, through might, through pushing suffering into the other rather than embracing it in love and acting to forgive. It’s a powerful temptation and Jesus must firmly reject it.  It would be easier to do as Peter wants but then Jesus could not be the Messiah; his whole reason in coming to earth would be subverted and he would abandon his Abbas will.  “Get behind me, Satan.  You are a stone that could make me stumble.”

With Jesus turning from Peter he passed the test but he knows the disciples will be tested too. He is thinking of their future when he says “All who want to come after me must say no to themselves, take up their cross, and follow me.” When we say no to ourselves, what are we saying no to? Is it cigars and whisky, tequila and beer?

We are currently having our house professionally painted and have grown fond of the painters doing the work.  One of the painters, a scrawny man in his sixties, showed up with an obvious black eye. We immediately asked if someone had punched him in the face. “Yes,” he replied “but you should see the other guy.” He then explained that he had been in a discussion and the other guy had brought race into it. He said he couldn’t take it when race was brought. I gathered that our man had thrown the first punch in response to verbal abuse. I assumed it was a black/ white fight with him being black or maybe white.  He has a rather dark complexion. Somewhat reluctantly our guy said he was Jewish, his grandfather had been a Rabbi and looking down in shame he said, “I know ‘my bad.’ for fighting.” I nodded and said it looked like it had been “a bad” for them both.

When Jesus said those who follow him must say no to themselves I think this is what he meant.  We have to say no to violent speech and violent action because violence does not motivate love, no matter how we justify it. When someone says something that strikes us as offensive, responding at another level is a real challenge.  Everything in us wants to imitate our offender and do him one better. Martin Luther King knew this and insisted his marchers be trained and disciplined before they marched in the face of hostile crowds.

Succumbing to the temptation to violence happens on the national level too.  Countries feel insulted or violated by another country and they go marching off to war thinking it will be glorious and they will quickly teach those offenders the error of their ways.  Read history, read about the Civil War, watch the upcoming Ken Burns documentary on The War in Vietnam and decide if Jesus was right. “All who want to come after me must say no to themselves, take up their cross, and follow me.”

Take the events of this morning, for example. North Koreans announced it has detonated a hydrogen bomb small enough to mount on an ICBM. President Trump this week will be tempted to use violence in response. I urge you all to pray for peace and for both leaders as they are “moody” and the world is at risk.

And so when Jesus took up his cross, the very thing Peter did not want him to do; he embraced suffering rather than inflict suffering on others.  He said if we want to follow him we must do the same. We don’t have to follow him, there is nothing forcing us, but if we do, this is what it means. Being a follower of Jesus has content. It makes a difference in our life and the world.

Jesus goes on. “All who want to save their lives will lose them. But all who lose their lives because of me will find them.” Peter’s strategy for saving his life has him joining forces with a radical and revolutionary Jesus and the two of them kicking out the Romans and running Israel. Jesus said such a plan was self-defeating and Peter would wind up losing his life rather than saving it.

Jesus says we find our lives when we lose our lives. At the individual level did he mean that as we let go of all of our attempts at making ourselves worthy to be loved, it feels like death and yet as we do that we discover life?  I suppose at the corporate level it means giving up power—the capacity to force our will on the other, experiencing giving up power as a kind of death, and then discovering a new kind of life on the other side of that. Maybe that’s the point where we discover he has loved us all along and all the hell we have put ourselves through was unnecessary. He loves our lives unconditionally, that is without comparing us to anyone else; he loves our lives the way we are without our having to be better. He proves this by absorbing our violence and then forgiving us.  He does this not just for us but for the human race.

If he loves us that much maybe we can love ourselves if we believe him.  After all, he is our model and if we do as he does, we can’t help but love ourselves.  He sets us free from rivalry, envy, jealousy and unforgiven entanglements making us able to love as he loves.

The usual strategy for loving ourselves involves trying to gain the world but “why would people gain the whole world but lose their lives?” What’s the point? It makes no sense! “What will people give in exchange for their lives?” We will give anything and everything as anyone with a life threatening illness and big medical bills know.  If it is life we want, why not give everything to gain it.

And more is at stake than our immediate lives and time in history.  The stage is much bigger than we know and stretches into eternity.  This is why Jesus says “the Human One is about to come with the majesty of his Father with his angels.  And then he will repay each one for what that person has done.”

Repay each one! Is he talking about judgement! That’s where we automatically go isn’t it. But he doesn’t really say repay in the sense of punishment. Maybe he is saying that if we choose life, seeing ourselves as he sees us, it pays dividends that go on and on.  Maybe it’s all carrot and no stick.  Maybe it’s all positive motivation and the things we are not so proud of just disappear, or better yet, get forgiven.

We end the day’s reading with “I assure you that some standing here won’t die before they see the Human One coming in his kingdom.” What does he mean?  Maybe it’s a bad translation.  Or does he mean some standing there in the crowd will see him after he rises from the dead. He did say he would be raised on the third day.  At this point we must leave it steeped in mystery.  We are O.K. with that.  Thanks be to God. Amen

September 6, 2017
How Do We Love Our Enemies and Those They Hurt at the Same Time?
Next Post

How a Plague Exposed the "Christian...
Honest to God
Related posts from Teaching Nonviolent Atonement