How to Convert a White Supremacist: The Case of Christian Picciolini

How to Convert a White Supremacist: The Case of Christian Picciolini October 12, 2017 Adam Ericksen 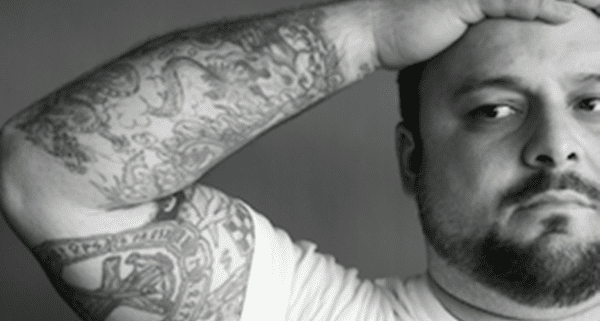 Is it okay to punch a Nazi in the face?

It’s been nearly ten months since that incident, but Richard Spencer is at it again. Last weekend he led another white supremacist march in Charlottesville, VA.

Unfortunately, but also predictably, punching Spencer in the face did nothing to change his views. In fact, it only reinforced them.

So maybe it’s time to start asking a different question – How do you convert a white supremacist? But first let’s explore another question…

Christian Picciolini was one of the most influential leaders of the American skinheads. He tells his story in his autobiography Romantic Violence: Memoirs of an American Skinhead. If you want to understand the white supremacist movement and discover effective ways to combat it, this book should be at the top of your reading list.

Christian grew up with parents who worked extensive hours to support their family’s basic needs. Christian lived in a nice house, had clothes, and was well fed. But his parents weren’t present in his life. He spent nights at his parents’ house and days at his grandparents’ house in a neighboring town. Christian didn’t feel like he belonged to anyone or any place.

As he grew up, Christian explains that he, “desperately wanted to be a part of something.” He yearned to belong to a group that was bigger than himself. And his chance came when a mutual family friend named Carmine introduced Christian to the leader of the Chicago skinhead movement.

Clark Martell gave Christian discipline, structure, a mission, and, more importantly, a sense of belonging. Christian was barely a teenager at the time, but within ten years, he would become a major leader of the white supremacist movement in America.

Christian reflects on his experience with Clark Martell in his book,

So was I initially drawn to Martell’s racist agenda? Not really.

But he was magnetic. Charming. I wanted to be like him, and like Carmine and other people I saw them hanging around with. Why? Because Martell was the first adult—even though he was only twenty-six years old when I met him—who had ever disciplined me and provided a valid explanation for doing so. He hadn’t asserted his authority without good reason. When he scolded me for smoking pot in the alley, it was because he thought it was bad for me and took the time to explain the consequences; it wasn’t merely, “Put that joint out, because it’s illegal and I’m the adult, and I said so.” This persuaded me that he wanted what was best for my future…

Christian imitated the magnetism, charm, and success he saw in Clark Martell. He wanted to be Martell. Both used music to spread a message of hate and both used extreme forms of violence against people of color. But they didn’t just fight non-whites. Romantic Violence reveals that violence cannot be controlled. We don’t use violence. Violence uses us. And soon skinheads were fighting skinheads. White supremacists were fighting white supremacist. Over time, Christian experienced the futility of violence and began to question its efficacy.

How Not to Convert a White Supremacist

Christian also followed Clark in joining white supremacist marches. Christian marched with Skinheads and the KKK. There were hundreds of counter-protesters at the marches. Christian thought maybe those protesters would be open to hearing the message that white America is under attack. “We could change them,” he thought. But he goes on,

Yeah, right. Here are these peace-loving protesters gathered by the hundreds, waving peace flags and holding hands singing folk songs, and we instilled so much hate and revulsion in their soft hearts that they resorted to ripping up chunks of concrete from the sidewalk to violently pelt us with.

What’s wrong with this picture? We inspired so much animosity in those who believed in only peace that they were trying to hurt us with violence.

I want to be clear on this point. I think protesting white supremacist marches is a good idea. Nonviolent, peaceful protests show those hell-bent on violence an alternative path. But, as Christian experienced, counter-protests always run the risk of turning violent, and thus can become counterproductive. Hate is contagious. It spreads like a disease as we mirror hatred to one another. Meeting violence with violence and hate with hate only reinforces a hostile mentality.

How to Convert a White Supremacist

Christian converted from being a white supremacist not because of counter-protests or because someone punched him in the face. He converted because he developed relationships with people he was taught to hate.

After getting married and having a child, Christian needed to make money to support his family. He opened a record store and planned to sell music that promoted white supremacy. But he didn’t make enough money in the white supremacy business, so he began to sell various kinds of music. This brought in a diversity of people. African Americans, Latinos, LGBTQ folk, Jews – all the people Christian was taught to hate began entering his store.

And then a miracle happened. He developed friendships with his new customers. He writes,

Now, people I had once terrorized knowingly put what I’d stood for aside and connected with me. I didn’t feel like I deserved their kindness. They were aware of my entire sordid history, yet they never judged me nor did any damage to my business, which I’d feared they might. They never condemned me or kicked out my taillights or spray-painted obscenities on my store or hurt my family. They weren’t the people I’d set out to serve when I decided to start my business, but the undeniable impact they made on me during that time gave me an intensely eye-opening perspective on life. They looked beyond my crumbling façade and sensed my pain before I even acknowledged theirs, and I understood now that it had been me alone inflicting damage onto the whole of us for so long.

In other words, he was converted by love and forgiveness.

Christian is now the co-founder of “Life After Hate” and “ExitUSA.” Through these endeavors, Christian seeks to counteract hate crimes, the white supremacist movement, and online radicalization. Near the end of its tenure, the Obama administration promised “Life After Hate” a $400,000 grant as part of its “Countering Violent Extremism” initiative. Unfortunately, the Trump administration rescinded the funding without any explanation. If you would like to help “Life After Hate” or learn more about the organization, you can do so here.