Trump is Winning. Here’s How to Stop Him. 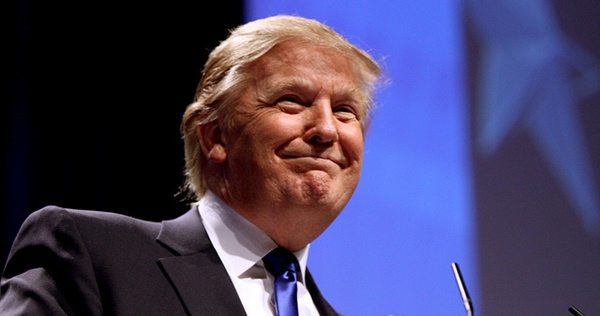 We need to stop denying it and face the truth: Trump is winning.

He has scapegoated Muslims and immigrants and the media and the disabled and Mexicans and the NFL and (I can’t believe I’m typing this…) Omarosa and Steve Bannon. The more Trump tweets, the longer the list becomes.

Yes. That Donald Trump is winning.

He is winning because he is making us exactly like him.

I recently came across a survey that claimed, “About 67% of American adults somewhat rely on social media platforms such as Facebook, Twitter, and Snapchat for news…”

Intrigued, I went to my Facebook homepage to see what was trending. The number one trending story claimed that a gust of wind viciously attacked Donald Trump’s head as he boarded Air Force One. This hair-raising moment revealed that Trump might have what we have all expected for decades – a massive comb-over to hide his massively balding head. It’s huuuge!

I can think of one reason why this would be the most trending story on Facebook: Liberal resentment.

Let me be clear – I am a card-carrying liberal progressive who stands for policies that are nearly the exact opposite of Trump’s agenda. But we have to face the fact that liberal resentment toward Trump is killing us.

We want what Trump has – the presidency. Trump has become our enemy, and when that happens, we move into a paradox. Our enemy becomes our model. Here’s what I mean: Trump won the presidency by shaming a long list of scapegoats. He defeated his political rivals by shaming them. Little Marco. Lyin’ Ted. Low Energy Jeb. Crazy Bernie. Pocahontas. Crooked Hillary. Trump rode his way to the white by shaming his opponents. And I find that despicable. It’s not worthy of a high school locker room. It’s definitely not worthy of the presidency.

And here we are, more than a year into the Trump presidency, and he’s winning because he’s making us just like him. Because our enemy becomes our model, we begin to use the same methods as our enemy. Since Trump acts despicably in shaming immigrants and Muslims and his political opponents, we begin to mimic his despicable shaming behavior by shaming him.

Shaming Trump won’t stop him. In fact, that’s how he is winning. He doesn’t care who we shame or scapegoat. He just wants us to shame and scapegoat. The more we spend our energy on shaming him because he has a comb-over, the more we are distracted from his policies.

The way to stop Trump is to focus on his policies, not his hair. Trump has implemented policies that will have long-lasting fundamental affects on Americans. Who cares about Trump’s hair when this is happening:

The more attention we give to Trump’s hair or his tweets, the more we get distracted from his destructive policies. So, while shaming Trump might give me a shot of satisfaction, it makes me just like him. I end up mirroring his attempts to scapegoat. And scapegoating always distracts us from the genuine issues.

In the age of Trump, maybe the most important thing we need to resist is the urge to scapegoat the president. Because when we scapegoat Trump, he wins.