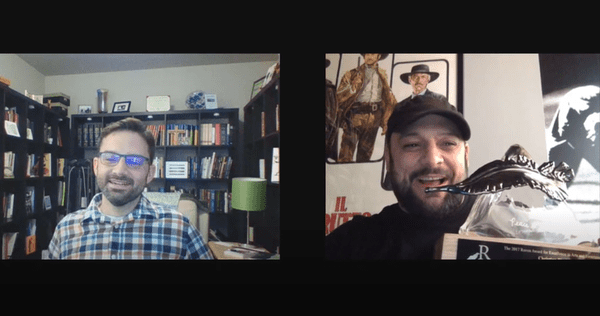 White supremacy is on the rise. What can we do about it?

In this episode of the RavenCast, I talk with Christian Picciolini about that question. Christian is the author of the memoir “White American Youth: My Descent into America’s Most Violent Hate Movement—and How I Got Out. You can watch the video of the conversation below, or you can listen and subscribe to the RavenCast on iTunes or Stitcher Radio.

Christian Picciolini is a reformed extremist and former leader of the skinhead movement in the United States. After leaving the movement behind, Christian works tirelessly to redeem his life. He now works to lead people out of hate groups.

Christian is an Emmy Award wining director, producer and the author of White American Youth: My Descent into America’s Most Violent Hate Movement—and How I Got Out.

He has appeared on MSNBC, CNN, 60 Minutes, CBS Face the Nation, Glenn Beck’s The Blaze, Democracy Now, TED, and the Sarah Silverman show.

Christian is the winner of the 2017 Raven Award in Arts and Entertainment for his book and his work in film. You can find out more about Christian at his website christianpicciolini.org.