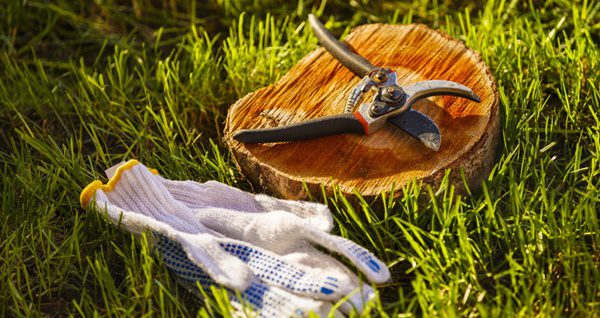 The following is a sermon I preached at Clackamas United Church of Christ, near Portland, Oregon. The text was John 15:1-8 and Acts 8:26-40. The video recording of the sermon is below, along with the text.

When I was training as a hospital chaplain a few years ago, my mentor taught me to explore the metaphor.

Well, I was excited to get my chance to explore the metaphor, so I quickly went to a patient who had requested a chaplain. After a little research on the patient’s history, I discovered that she was in her early 40s. Her story was complicated, but she was essentially abandoned by her family and was attempting to medicate the pain of her relationships with drugs.

After some small talk, I asked her what God was like for her. She replied, “I’ve always thought of God as a gardener. Isn’t there some place in the Bible where God is a gardener?”

I was in luck because I recently read Rob Bell’s book Love Wins. In that book, Bell talks about the Bible’s descriptions of God as a Gardener. In the resurrection, Mary thinks Jesus was the gardener of the cemetery where Jesus was buried. I think this is so interesting. Jesus was buried and left for dead in a cemetery that was also a garden bursting forth with new life. In the midst of death, there was new life exploding forth in the flowers of the garden that we call resurrection.

The book Love Wins was helpful for this particular conversation because it has a section that talks about a parable Jesus told of God as a Gardener who prunes “the branches of a plant so that it can flourish.”

Only the branches are metaphors. Jesus was talking about the plants in our hearts that need to be pruned so that we can flourish.

So when this patient asked about God the Gardener, I was excited to explore the metaphor! Yes, I told her. God is often described as a gardener in the Bible. We talked about how a gardener prunes withered branches and waters the plants of a garden so they can flourish.

And then I invited her to close her eyes and image Jesus the Gardener entering her soul to prune some branches that were in her way of spiritual growth. Then she imagined Jesus planting and watering new seeds of love and compassion.

I will never know the impact that discussion had on this patient, but exploring the metaphor had a big impact on me. One of my spiritual practices is to periodically check in with myself throughout the day. I’ll close my eyes and check to see if there are dried up branches within myself that God needs to come prune.

I don’t know about you, but those branches inside of me that need to be pruned are usually built up anger, resentment, and prejudices. This I think is what Jesus means in our Gospel passage this morning when he says that God prunes “every branch in me that bears no fruit.”

I love this image of God as the Gardener who comes and prunes our dried up and withered branches that don’t bear fruit. But there’s a bit of a rub. In my experience, this spiritual pruning doesn’t feel good.

And here’s the thing I’ll admit to you: sometimes I like my withered branches. Jesus says that he’s the true vine and the branches gain life by abiding in him. But there are times I’d rather abide not with the love of Jesus, but with my anger, bitterness, and resentments.

I’d often rather abide in my anger, bitterness, and resentments because they give me a big dose of self-righteousness. As long as I can be angry and bitter and resentful towards someone else, I can label them as the bad person. And if they are a bad person, that means I am a good person.

But when I define my goodness in opposition to someone else, I might get a quick sense of righteousness, but my spiritual life becomes withered because I no longer abide in Christ and Christ no longer abides in me.

Defining our goodness in opposition to another is a problem in all human culture. For example, there were some laws in the Hebrew Bible that said certain people were not allowed to go into the Temple. In other words, they were cut off from full participation in worship. One law in Deuteronomy states this rather awkward for a Sunday morning sermon. Without much care for being delicate, it stated, “No one whose testicles are crushed or whose penis is cut off shall be admitted to the assembly of the Lord.”

I want to be very careful here, for multiple reasons. One reason is obvious for all of us of the male variety. But another reason I want to be careful is that I don’t want you to hear that the Hebrew Bible is bad because it has these kinds of laws that separate people and create an “us” and “them” mentality. The Hebrew Bible doesn’t have this “us” and “them” because it’s bad. It has it because the Bible was written by people who were trying to figure out what God was like. Sometimes the authors of the Bible think God desires this kind of separation.

But other authors of the Bible claim that God doesn’t desire this separation between “us” and “them.” Rather, God desires all people to come to God’s Temple to worship. The prophet Isaiah spoke against this law in Deuteronomy by claiming that God did not want Eunuchs to be cut off from full inclusion, but wanted to prune that law our of his tradition. God desires Eunuchs to be fully included as members of God’s family, without any distinction.

And so, in our second reading from Acts this morning, we find Philip, one of Jesus’ disciples. Philip meets an Ethiopian Eunuch who wants to learn about God and then be baptized.

The Ethiopian Eunuch had at least three things going against him that could have marked him as “other.” He was a foreigner, a black man, and he was a eunuch. Philip was left with a choice. There were some passages in his tradition that said the Eunuch shouldn’t be fully accepted and there were other passages that said he should be.

Philip chose inclusion. Philip knew that those laws that exclude certain people from God’s family were like old withered branches that need to be pruned away because God our great Gardener doesn’t desire exclusion. Rather, God wants a diversity of flowers and plants in God’s great garden.

Personally, I’ve found that these two questions are connected. For better and for worse, I have been formed by my culture, including those parts of my culture that divide the world into us and them.

For me, one of the biggest withered branches in our culture is racism. We’ve seen examples of this recently at a Starbucks in Philadelphia and Waffle Houses in Tennessee and Alabama. In Philadelphia, two black men arrived at the Starbucks, one was denied access to the bathroom. They sat at a table, waiting for a business partner to arrive. The manager told them they had to purchase something or leave. Within two minutes of their arrival, the manager called the police, who arrested the black men and “detained them for eight hours without charging them with anything.”

Two black men were arrested for being black in Starbucks. There were other people at that Starbucks location. As one reporter noted, “Several of the nonblack patrons at the Starbucks location … reported that they had been there for a long time without purchasing anything and without recriminations.”

At one Waffle House last week, a deranged white man killed four people of color with an AR-15 style weapon and then fled the scene. When the police found him the next day, they arrested him and took him to a hospital for an evaluation. I think this was a good and caring thing for the police to do.

Contrast that with a black woman this last week at another Waffle House. After making her order, she was charged for a plastic fork, something that had never happened to her before. She asked why she was being charged, then asked for the contact info for the regional manager. Soon a few police officers came and tackled this black woman while threatening to break her arms as they arrested her. She was armed with a plastic fork.

Now it would be easy for me to accuse Starbucks or the Waffle House or some police officers of racism. But that would be too easy. I was watching a segment on Good Morning America where they interviewed the two men arrested at Starbucks. The hosts of GMA reminded me that this issue goes far beyond Starbucks, Waffle House, or some police officers. Racism in America is a societal problem that has withered our branches. And our society needs a good pruning.

And it’s in the pruning that I find hope. It’s in acknowledging that racism infects me and our society that I find hope. Because only when I acknowledge my withered branches can I invite the Gardner in to prune them and then plant and water new seeds of love and inclusion in my soul.

May the great Gardener prune our withered branches within our souls and within our culture so that new branches of love can flourish. Amen.

May 3, 2018 Author Interview - Tony and Linda Bartlett: Seven Stories: How to Study and Teach the Nonviolent Bible
Recent Comments
0 | Leave a Comment
Browse Our Archives
get the latest from
Teaching Nonviolent Atonement
Sign up for our newsletter
POPULAR AT PATHEOS Progressive Christian
1