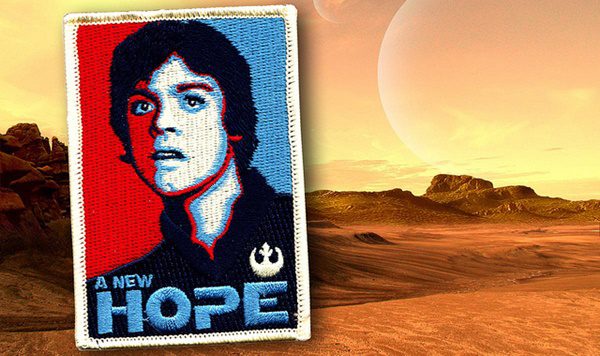 Every once in a while you have one of those “Ah-ha” moments when the light bulb above your head turns on. Whenever this happens, I gain a sense of hope.

I had one such moment of hope this week. It happened during the Tuesday Bible Study. We were nearing the end of our time, and I just had to vent.

I talked about how awful the world seems to be these days. That the darkness seems to be spreading. I can’t tell a truth from a lie and my family relationships are getting strained. I got in this really long Facebook argument with a conservative family member who ended up saying that my preaching was blasphemous and that our family members would agree with him.

So, your pastor is apparently a blasphemer. Can I get a hallelujah?

So I just had to have a moment to complain among the Bible Study group. I lamented that I fear that the moral fabric of our country is falling apart and it starts at the top. I’m usually a hopeful guy but last Tuesday I was spiraling in a bad way. Earlier that day I kept thinking about Martin Luther King’s quote that “Darkness cannot drive out darkness; only light can do that. Hate cannot drive out hate; only love can do that.” But I questioned whether I had a candle big enough to drive out any of the darkness. And I didn’t know if I had enough love to drive out any of the hate.

And when I started lamenting in Bible study, it opened the door for others around the room to talk about their fears, too. Which is a good thing. In fact, there’s a whole book in the Bible called Lamentations, which complains about how awful the world is. I think it’s a holy book. It’s good to let that stuff out. And that conversation at Bible Study was a holy moment. We all talked about the current political climate and our fears. And while it was a holy moment, I also felt like we were swimming in the darkness and couldn’t find our way out. So when we were all finished, there was a short pause. And I looked at the one person in the room who was silent during that part of the discussion. And that was Bernie.

And here’s the thing. I don’t know about the rest of you, but when I start swirling down into the darkness, I often think of Bernie and then hope begins to emerge.

So when we all finished, I looked at Bernie, and admittedly I totally put the pressure on her because I asked, “What about you, Bernie. Can you give me some hope in this?”

Bernie smiled and said, “Well, it’s like in Star Wars.”

And I gotta tell you that Bernie had me at “Star Wars.”

She talked about the original 1977 version titled, A New Hope. There’s the scene where Luke, Leia, Han, and Chewbacca are getting chased down the Death Star by a bunch of Stormtroopers. They get cornered, but Han blasts off part of a wall that’s a vent. And they all jump in and discover that it’s the trash compactor, which was also a sewer.

And so Bernie said that the four of them were in that sewer, knee deep in poop, only Bernie didn’t say poop. And soon the walls of the trash compactor were caving in on them. But they survived. They eventually made it through the darkness and the poop.

She then said there are times in our lives where it feels like we are wading knee-deep through a bunch of poop. There are times when it feels like the walls are caving in on us. But do you know what? Leia, Han, Chewbacca, and Luke were wading through it together. And we were together in that room wading through it. And we are here together now. That was the reminder of hope that I needed. We are wading our way through the darkness together.

Before this conversation, I felt isolated and alone. I thought I couldn’t muster up enough love to drive out the hate. And alone, I don’t have enough love. But I’m not alone. And neither are you. Alone, I don’t have a candle big enough to make much of a difference against the darkness. But I’m not alone. We’re here. We’re in this together. We are a community called the Church, the Body of Christ made manifest in the world. And together, we light up the world as we shine the light in darkness.

In addition to the hope that’s found in science fiction stories, I think it’s important to remember history and our story within history, particularly our faith stories. We remember these stories to remind ourselves that our ancestors in faith went through dark times, and like the fictional characters Leia, Han, Chewie and Luke survived and bring us hope, so did our ancestors of faith survive and hearing their stories bring us hope, too.

It was a time of horrific violence and darkness for the Jewish people. They began to ask all kinds of question about God and their faith. The Temple was one of their identity markers. They thought God was most present in the world at the Temple. But if the Temple was destroyed, did that mean God was dead? Or did it mean that the Babylonian gods were stronger than the God of Israel? And what were they supposed to do in exile? Should they just give up on their faith and join the victors and believe in the Babylonian gods? Should they seek different forms of revenge? Or should they hold on to their faith in the God of Israel?

These are all questions about identity. Who are we during times of darkness and suffering?

Isaiah said that Israel had a new mission, a new identity, which would bring the world a new hope. That mission was to be God’s “Suffering Servant.” Isaiah named the suffering his people were going through. He said that the Suffering Servant, the whole people of Jerusalem, were oppressed and afflicted. They were taken into the Babylonian Empire by a perversion of justice. The people didn’t do violence, at least not enough violence to justify the horrific acts done to them.

Jesus realized that to be a light to the nations was his mission, too. Jesus identified most closely with the Suffering Servant of Isaiah. Like Isaiah’s Suffering Servant, Jesus was taken away by a perversion of justice, yet he did no violence. He didn’t speak any deceit about his enemies. Instead, he loved them and taught his followers to love their enemies, too.

Jesus refused to mimic the violence of Rome and of the religious establishment. He decided to be a light to the nations. Like Isaiah, he named the injustices in the world, particularly those injustices committed by the political, religious, and economic elites. You see, loving your enemies does not mean that you passively sit on the sidelines while evil runs its course. It says that you name those injustices. You enter into that darkness and you show the world another way.

And as he struggled for justice, Jesus did not seek revenge. He did no violence against anyone, yet the powers rose against him and hung him up on the cross.

In our Gospel reading today, James and John asked Jesus to pick them to sit at his right and his left when Jesus came into his glory. They were making a political request. They thought Jesus’ glory would come when he was enthroned as the new king over Israel. They basically asked Jesus if they could be his Vice President and his Secretary of State.

If you are like me, you often feel like you are wading through the darkness. And when you wade through dark times on a personal level or if you are prone to despair because you are concerned about the moral fabric of our nation falling apart, know that you are not alone. It’s often during these times of personal and cultural crisis that we feel most alone. But do you remember how Leia, Han, Luke, and Chewbacca escaped the trash compactor? C-3Po and R2D2 were on the other side of the Death Star helping them.

We often forget that there are people on the other side of our cities, state, country, and world who are with us in the struggle to make the world a more loving and just place. Know that we are not alone.

And know that as we speak up for a more just world, the powers that be will come against us. They don’t need our violence or revenge. Remember the words of Michelle Obama – When anyone goes low, we go high. We don’t need any more low in the world. As we name the injustices of the world, we are called to keep going higher. We are called to be a light to the nations.

But here’s what I’m learning: the candle that we hold, it’s not our candle. It’s not even our light. There’s something much bigger happening in the world. We carry the candle of light, but the candle belongs to God. The light is the light of God. And the candle that lights our way forward always comes to us in new and refreshing ways. It comes to us always as the new hope of justice, nonviolence, and love.

And so may we wade through the darkness of our times together.

May we receive and actively live into the new hope that God offers us every moment of our lives.

October 24, 2018 From Scandal To Solidarity: Putting Native Voices Above Partisanship, Overcoming Blindspots, And Healing Our Nation
Recent Comments
0 | Leave a Comment
"What about Jesus as our Supreme Example: To give up our selfish, lazy, disobedient lives? ..."
Jon Laan NT Wright and a Genuine Penal ..."
"According to Websters definition is disaster etc as we thought fiery gloom, end of the ..."
Lori Edgar Surprise! Apocalypse Does Not Mean What ..."
"Very nice blog thank youhttps://www.ruempel-chris.a...https://www.ruempel-chris.at"
Christopher Soos The Theology of a Biker Gang
"Van Jones put it out there on his response to the declaration of the election. ..."
jekylldoc Toxic Christianity: 3 Things We Can ..."
Browse Our Archives
get the latest from
Progressive Christian
Sign up for our newsletter
POPULAR AT PATHEOS Progressive Christian
1