The Urgency of Love in a Dying World 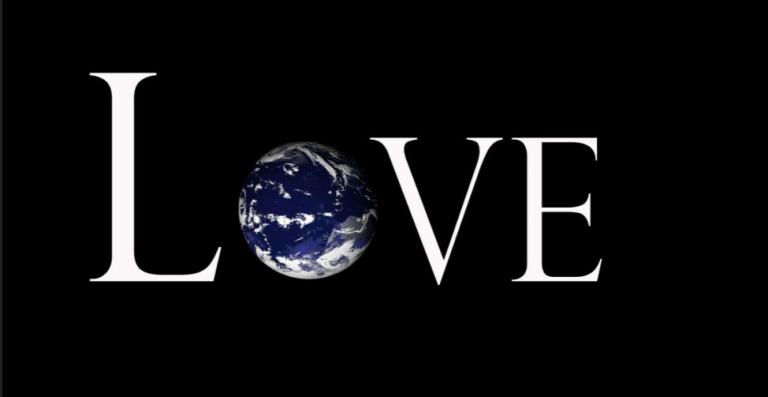 Twelve years. That’s all the time we have.

That’s all the time we have to make a such a dramatic shift in the way we live – we as in humanity, as in the entire world, but especially those of us with the privilege of relative economic security and the capacity to make changes – so as to prevent unfathomable planetary disaster.

I have to admit, I’m terrified. Right now I’m trying to write through my near-hopelessness. Because writing is a manifestation of hope – hope that someone is listening, that these words can make some kind of difference. Hope that even the act of voicing my fear can raise other voices, so that we realize we are not alone. Hope that getting real about crying out in desperation together as residents of this diseased planet on the verge of convulsing in death throes leads not to panic or paralysis but resolution. Hope that we share a goal of coming through this terror together, passing through this bleakness into the sheer relief of survival…

But I teeter on the precipice of despair as I consider what it will take to turn back the horrors so many already face, horrors that will engulf the whole world if we do not take action now.

Others have analyzed the Intergovernmental Panel on Climate Change report, and here are some key facts and forecasts. The global temperature has risen 1 degree Celsius above pre-industrial revolution levels, and the rate of temperature increase is accelerating. Without serious changes right now over the next dozen years – specifically, reducing carbon emissions by 45% and staying on track to eliminate them completely by 2050, the global temperature will exceed pre-industrial levels by 1.5 degrees by 2040. What does this mean? Droughts and floods around the world, along with the death of insect populations that pollinate crops, will make the world’s food supply dramatically less secure. That means hunger will kill far more people than the 9 million who die from it annually now. It means heat waves and water scarcity putting hundreds of millions of lives at risk. It means destruction of islands and coastal cities. And it means refugee crises worldwide, with possibly one billion climate change refugees by 2050.

And we are not on track to reduce carbon emissions. Things are getting worse. As the United States walks away from the Paris climate agreement, our military continues to be the world’s largest polluter. And while past administrations have not done nearly enough to mitigate climate change, and wars under both Republican and Democrat administrations have made our planet more vulnerable, the current administration’s denial of climate change and refusal to curb carbon emissions all but seals our fate.

I’m not a scientist, though listening to scientists is more important now than ever before. I’m an ever-aspiring peacemaker, and I know that in order to curb carbon emissions, we need to end our wars. End exploitation of resources. Stop relying on militarism for security or profit or our national identity. And to end our wars, we need to end our hatred. End our “othering.” Find our way out of fears and prejudices that blind us to the humanity of others. Climb and lift one another out of the vicious cycle of violence. And to do all of this, we need to build trust.

And trust is so hard to build when so many people are vulnerable and so many people feel vulnerable. With Islamophobia on the rise on both the left and the right, voices against wars that kill both Muslims (among others) overseas and our planet are drowned out in a sea of hatred and fear of terrorism. With xenophobia being exploited, immigrants and refugees are perhaps more vulnerable than ever, while those concerned about losing jobs also feel vulnerable and misidentify immigrants, rather than deindustrialization and a war economy that devours resources, as the source of their troubles. Institutional, systemic racism combined with a militarized police force puts black lives in danger, but movements like Black Lives Matter and protests against racist police violence such as kneeling during the National Anthem are misconstrued so that some people find them threatening or disrespectful. Women remain vulnerable to sexual harassment, and the #MeToo movement, while empowering women, has also been misconstrued and exploited to exacerbate some men’s fears of false accusations. It is a time of deep division and mistrust in this country.

There are many people right now whose lives and liberties are truly in danger, who need justice and accountability from systems that devalue their lives and powerful people who can harm them with impunity. And there are others who are vulnerable economically but scapegoat racial and religious minorities, mistaking them for the source of their vulnerability due to exploited fears and prejudices. And there are others who mistake cries for accountability for vengeance.

We need accountability to protect lives now. And we need compassion and mercy to change our ways of relating to one another. And sometimes the desire for justice drowns out the desire for mercy, even though at their core, justice and mercy work in harmony to heal human relationships. The more accountability is demanded for systems that oppress the vulnerable, the more those privileged by those systems feel vulnerable. This does not diminish the need for accountability, but it is still true that competing fears fuel rivalries that keep us from understanding each other and uniting in a common mission to save this planet that is threatened as much by human conflict as it is by carbon emissions. If we can’t come together, our wars will rage on abroad and our conflicts will pull us apart at home, and our planet will become a casualty of violence and exploitation and fear.

My hope comes through my faith, a faith that tells me that we are unconditionally and perfectly loved by the living Source of all Love. I have faith in universal salvation, faith that we will all find ourselves one day embraced by the Love that made us. That same Love gives us the courage to listen to one another, the courage to hold ourselves accountable, the courage to build the trust we need to come together and make the difficult changes that could revive our planet.

But while Love works through us, the world is still dying. This world that was given to us as a gift and a home. This world that can sustain our need but not our greed. There is no guarantee that it will survive us, and of course we will not survive without it, except in the eternal embrace of Love that carries us on through death.

Honestly, I do not believe we will curb our carbon emissions to the degree we must in twelve years in order to prevent catastrophe. The evolution, not just of our energy consumption, but of our human relationships, must accelerate at a pace which I don’t think is possible. Trust and healing take more time than we have.

I do not know what the future will bring, but I know that there will be unavoidable suffering, because there is suffering now that grows as wars rage on and engulf the world in flames. As temperatures rise, so will fears and the propensity for violence. And through it all, we must increase our love for one-another, and increase our compassion. We must speak up for those who are vulnerable, because love demands we do so and because climate change will increase the vulnerability of all of us. And we must hold systems and people who do harm accountable while also magnifying our compassion, by exposing the harm to human dignity that comes from both oppressing and being oppressed.

Though the news of our dying planet drives me to despair, I know that the work we all do together for peace is more important now than ever. Suffering will come, but we must meet it with bold, fierce love. We must take up our calling to be stewards of the earth, even if her illness is irreversible, because true love calls us to do so. We must care for each other and our planet together, uniting not over and against anyone but for the dignity of all life. We are made in the image of Love, and if anything can preserve portions of our world for future generations, or even reverse some of the destruction, it is recognition of and action upon this truth.

October 16, 2018 Nirvana and Eternal Life: Exploring Judaism, Christianity, and Buddhism
Recent Comments
0 | Leave a Comment
"Church is boring."
Ivan T. Errible The Poor Own The Kingdom — ..."
"" … and the Word became Flesh." That "Word made Flesh" is Jesus Christ.Furthermore, if ..."
Ocelot Aardvark Why You Should Run from “Bible ..."
"nice article."
Brandon Roberts The Gospel is Countercultural: Politics, Palestine, ..."
"What cave do you live in?"
Monday's Child The Left Hand of God – ..."
Browse Our Archives
Follow Us!