Christ The King Sunday: Living In Allegiance To Love 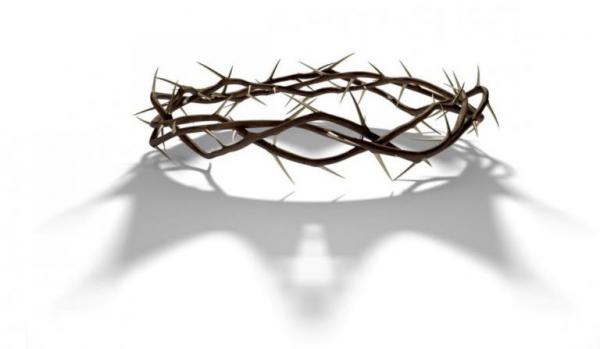 Yesterday was Christ the King Sunday.

The liturgical year has come around full circle. Beginning, as we will again next week, with a whisper in the darkness telling us to “Prepare the way of the Lord,” we start in anticipation of power and glory, only to have our expectations subverted. The One who forms us and guides us and redeems us and carries us through our days comes to us in the form of an infant, born in a stable when his parents were denied shelter. From this point on we learn what it means to find God in the unexpected – in the weak and vulnerable – the marginalized, the refugee, the condemned. Throughout the liturgical year we watch and listen and practice what Jesus, our model, teaches us in his life, death, and resurrection. We learn from Love embodied how to embody love ourselves. And in the end, we pledge our whole selves to the Love in and for whom we were created – the relational, incarnational love that has been planted within us reaching out to the world – as we declare Christ our king.

Christ the King Sunday has been among my favorite Sundays for a while now, though it is not a particularly well-known liturgical landmark. I appreciate acknowledging Christ as King because it means that the powers of greed, fear, violence, conquest and domination are not king. I want my heart, mind, body and soul to be guided by Love as manifested and modeled by Jesus, and it is in this sense that I rejoice in declaring Christ my king.

Christ the King and Thanksgiving: The Beautiful Parallels… and the Disturbing Ones

Recently, I’ve been contemplating the proximity of Christ the King Sunday to Thanksgiving, and considering that it is an appropriate liturgical counterpart to this secular but faith-filled holiday. The liturgical year that begins in mystery ends in the gratitude that spills over from Thanksgiving. Gratitude is the joyful response to the beauty and wonder and love we discover when we seek God in the midst of a flawed and violent world and find God in the people and places we might least expect. Gratitude lovingly calls us to service as we remember all worth struggling for and all that makes the struggles worthwhile. It is the state of heart that characterizes the worship of our actions as we give of ourselves for others in Jesus’ name.

But the same shadow that falls over Thanksgiving falls over Christ the King Sunday – the shadow of colonialism and imperialism. At Thanksgiving, true gratitude for all that we have is incomplete without repentance from the greed, violence, and dehumanization that shaped the United States out of the destruction of indigenous peoples and lands and the exploitation of chattel slavery. The evils of Native genocide and slavery can both be traced, in large part, to a triumphalist interpretation of Christianity that sought to spread Christ’s reign via the sword. To interpret the claim that Christ is King through a lens of exclusion, supremacy, and triumphalism – all of which Jesus’ own life and ministry subverted – is to engage in a deadly deception. And so, just as a true practice, beyond nominal celebration, of Thanksgiving should include repentance from violence toward Native tribes coupled, when possible, with acts of giving back, true allegiance to Christ as King should include repentance from the violent spread of a perverted Christendom which has left in its wake the very death and destruction from which Jesus came to free us all.

The revelation of Christ’s incarnation is that God is universal, unconditional, nonviolent Love. The world had perceived God’s salvation in the violent defeat of enemies and God’s wrath in the experience of being conquered by enemies. But Jesus’s revelation shows that violence and enmity are nowhere to be found in God. Humanity has been so deceived by the catharsis of collectively uniting against enemies that we have found a sense of the divine in something that is utterly human in origin – scapegoating violence.  And humanity’s false perception of violence in God has reinforced violence against each other as we make exclusive claims to the truth and find false righteousness in imitating the violent god we create in our own image. The belief that salvation is granted exclusively to those who put their faith in a soteriological formula, in which Jesus died to appease his angry Father, creates people who feel justified in dehumanizing and devaluing others. If God only loves, and only saves, a precious few, then those who are “saved” can feel superior to those who are “not”, resulting in condescension at best and genocide at worst. Failure to understand the utter nonviolence of God, failure to recognize the cross as the appeasement of human, rather than divine, wrath, has resulted in a bloody history of a conquering and colonizing Christianity that is far from the Kingdom of Christ.

But Jesus reveals to us that God is with those we condemn, even as God forgives our condemnation. The wrath and violence destroying the world are human – or rather, the failure of humanity to live into our true destiny as image-bearers of Love. In a world of terror and tragedy, God is not the author of aggression and anguish, but the one who stands with and comforts the victims. God’s mercy also extends to those who hurt and oppress others, but such mercy is not gentle complacency with sin but a severe command to be better – and the grace to make better possible. Throughout our lifetimes we will experience both the comfort and the severity of the God –the hand wipes away our tears and the hand that pushes us to repent and repair when we cause harm. Such is the power of universal, unconditional, healing, restorative, redemptive Love.

Jesus is not a king by rivalry or conquest over and against others. In the Gospel reading, he says that his kingdom is “not from this world” and explains exactly what that means. “If my kingdom were from this world, my followers would be fighting to keep me from being handed over…” “My followers would be fighting.” But Jesus has explicitly told his followers to “put away [their] swords.” Jesus’s kingdom is not an other-worldly realm – he came to this earth to be with us – but it is from another world of understanding, a world not enthralled by violent rivalries or conquering might. Jesus’s call to nonviolence is more than a directive of non-retaliation; it is a call to recognize relational, communal, service-oriented love as the structural foundation of all of creation, for all of creation originates from and is bound together in Love. Whereas a world of violence tears itself apart, a world of love has enduring structural integrity continually fortified when we live into the truth of who we are.

Living in Allegiance to Love

The truth is that we are all, without exception, infinitely loved, and we are made to love and be loved by others. That love is active, risky, self-giving, and also humble, interdependent, accepting the gifts of others. Jesus is the model of this Love that defies boundaries. Following Jesus entails not only giving this love, but also humbling ourselves to recognize it when it comes from sources we least expect. This love will come to us not only through friends and family, but also through people of different faiths, backgrounds, and ideologies. Opening our eyes to the love around us enhances the love within us. When Love is the lens through which we see the world, when Love is the power that initiates and guides our actions, then Christ is our King. And Christ’s kingdom comes not when we try to bring God to others, but when we find God in each other.

When Christ is our King, we live not to convert, exploit, or impose ourselves over and against others, but to help others and – as importantly – to open ourselves to transformation. We examine our blind spots and watch out for our scapegoats. And we work to end violence, welcome the marginalized and vulnerable, find redemption in the condemned, and gently care for a planet that needs revitalization. We embody love, with Love as the head of our body, and as we undergo the process of being transformed we become the building blocks of a world transformed by love.

May we live in allegiance to this transformative Love. Come, Prince of Peace, and reign.

November 20, 2018
Surprise! Apocalypse Does Not Mean What You Think it Means
Next Post

November 27, 2018 3 Reasons Why You Should Not Be a “God-Fearing Christian”
Recent Comments
0 | Leave a Comment
Browse Our Archives
Related posts from Teaching Nonviolent Atonement