Surprise! Apocalypse Does Not Mean What You Think it Means 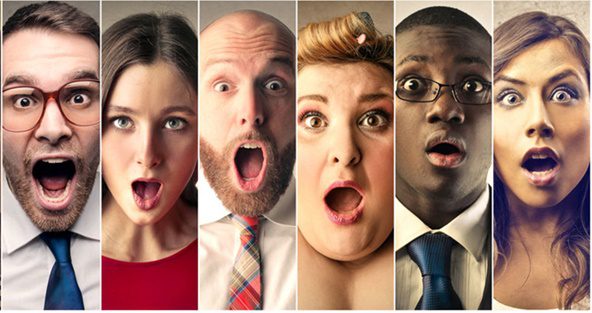 The following is a sermon I preached at Clackamas United Church of Christ, near Portland, Oregon.  You can read or watch the sermon below. The scripture text was Mark 13:1-13

I sat on that chair in the hospital room with my head between my knees.

The nurse warned me that this could happen. She said that many first time fathers can’t handle the experience. They think they are all tough, but when push comes to shove, they turn white and faint. Then the dads fall on the floor and they have to call in the “daddy nurse.” And nobody likes to call in the daddy nurse.

She told me that if I started to feel queasy that I should immediately sit down and relax. But I thought, “I’ll be fine.” Besides, this was the birth of my firstborn. I wasn’t going to miss any of this!

Carrie was in the hospital bed and the doctor said it was time. Carrie started breathing at a faster pace. The doctor started giving instructions. Then the nurse started coaching Carrie by saying, “You can do this Carrie! Push! Breathe!”

And I was just standing there, like I usually am, clueless, without knowing what to do or say. But felt I should say something. So I said, “Push. Breathe. You can do it Carrie!”

At which point, Carrie looked at me and said through her clenched teeth, “Shut up!”

It was all happening so fast. And then I started to feel queasy. The nurse looked up at me and said, “You’re turning white. Sit down!”

“Yes,” I thought. “I am feeling a bit queasy and dizzy. I need to sit down.” Then the delivery nurse yelled for the daddy nurse. I was so embarrassed.

The daddy nurse was very kind. She took my blood pressure and spoke softly to me as she sat with me. And soon, after all the labor pangs, our first child was born into the world.

Now, if I told you that this experience revealed something about me, would you agree? Yes. It gave me a revelation about myself – that when I am in intense situations, like the birth of a child, my body can react in a way that leads me to faint. I tried to learn from that experience so that the next time it happened, which was about 18 months later, I could manage my body in a better way.

Fortunately, on that day, Carrie did not need to tell me to shut up, and I did not need the daddy nurse. I was thankful for that revelation about myself and that I was able to learn from my first experience.

I tell you this story because I want you to know something about it. For me, the birth of my first born was an apocalyptic moment.

When you think of the word “apocalypse” you probably think of end of the world destruction brought on by the wrath of God.

That’s the most common understanding of apocalypse, but it’s wrong and I want to dispel that notion for you. Apocalypse does not mean end of the world destruction. It literally means “unveiling” or “revealing.” The revealing of an apocalypse often comes during intense and sometimes painful and violent moments, like a woman going into labor. But, as Jesus tells us in our reading today, an apocalypse might come with labor pangs, but in the end, it births something new and beautiful into the world.

First comes the labor pangs. Then comes new life. There may be some fainting in between, but we will get through it together.

Our Gospel passage today is often called “The Little Apocalypse.” Jesus talks about natural disasters and human-made disasters, like earthquakes, persecutions, wars, and rumors of wars, all of which are bound to happen, but we can remain thankful because in the midst of it, something new is being born, if we have the eyes to see it.

But when Jesus used apocalyptic language, he did something totally new and different. In fact, he births into the world a radically new understanding of the apocalypse.

Before we can understand how Jesus transforms our understanding of apocalypse, we need to know about the older and more traditional view of apocalypse.

Apocalyptic stories had implications that were positive and negative. On the positive side, there was no doubt that God would eventually win the war. Apocalyptic literature was sometimes written by people who were persecuted or under threat of persecution. They told these stories to inspire hope, not fear, that in the end, God would win.

But there was a negative side to this version of apocalypse. One problem with apocalyptic literature is that it puts responsibility for violence onto the divine realm. Human battles between good and evil are imitative of divine battles between good and evil. So humans don’t ultimately have the responsibility to change this scenario. Violence and war are baked into the heavenly and earthly realms. It is how both realms function.

So, with this background of divine apocalyptic battles in your mind, I want to invite you to take out your paper with Mark chapter 13 on it. Take a minute to read it. Please tell me where Jesus talks about the heavenly battle between good and evil…

He doesn’t! This was part of Jesus’s great program. At every turn, he shows us the utter nonviolence of God. Jesus talked about the “apocalypse” with secular language. He flips our traditional understanding upside down. When we think of apocalypse, we think of end of the world destruction brought by God’s violence.

But Jesus flips the script. For him, the violence is not divine. It’s not God’s. It’s purely human. Nation will rise against nation. There will be persecutions and earthquakes and natural disasters. You can expect these things. They will happen, but for Jesus, God has nothing to do with it.

Why is that good news? Why might it lead us to be thankful? Because for too long there has been a horrible idea that goes like this: God causes hurricanes in New Orleans to punish the people living there for sins. Or God caused a tornado in Minneapolis to punish people because a Christian denomination was discussing whether they should be open and affirming toward our LGBTQ siblings. Or the latest effort to propagate the idea: God caused wildfires in northern California to punish people for California’s homosexual agenda.

That theology is bogus. Why? Because the apocalypse of Jesus reveals that God doesn’t cause hurricanes or tornadoes or earthquakes or wildfires to punish people. Rather, God is there, suffering with us in the midst of those disasters, trying to help us through the trauma and the pain so that something new can be born.

I am thankful for the labor pain of the cross, and for the birth of new life in the resurrection. For they reveal that God is fully love and always offers us peace. But they also reveal that God doesn’t give up on the world. God isn’t done with us yet. For Jesus continues to give us a mission to receive Good News of God’s radical love and to share it with all of creation.

So, my friends, during these moments that seem apocalyptic,

Let us give thanks that God is birthing something new into the world.

Let us receive God’s love for us and for the world.

And let us continue the mission to share God’s love with our neighbors near and far. Amen.

November 19, 2018
God in the Qur'an: a discussion with Jack Miles about his upcoming book - Trailer
Next Post