For All The Saints Who Our Asylum Seek: Eternal Life Starts With Welcoming Refugees

For All The Saints Who Our Asylum Seek: Eternal Life Starts With Welcoming Refugees November 4, 2018 Lindsey Paris-Lopez 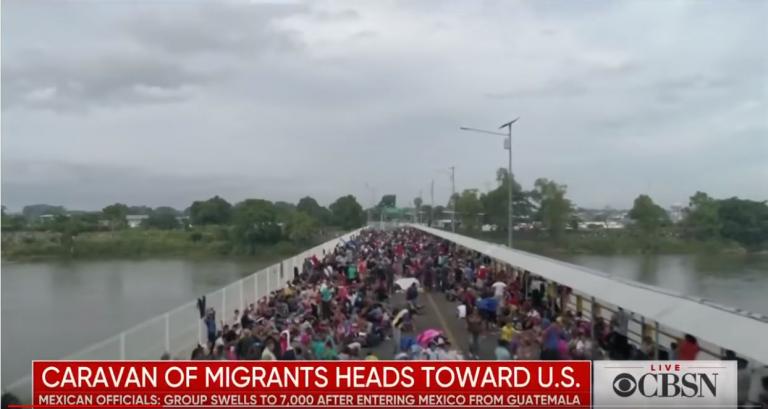 Yet all are one in Thee for all are Thine. Alleluia! Alleluia!

All are one in Thee for all are Thine.

In other words, all are one in Love, for all are Loved.

It really is that simple. All means all.

It is All Saints Sunday, the day Christians around the world remember the faithful departed. But as I reflect on the meaning of eternal life, and the Love that dissolves the chasm of death, my mind turns not only to the deceased loved ones we honor on this day. The divisions across humanity – the hate and fear and prejudice and bigotry that separate and blind and kill – are also swallowed up in Love. Eternal life is not a future beyond the veil of mortality. It is embracing our human destiny to embody the Love in which we were made and extending that Love to all of humanity. To live in hate and fear is to live in the shadow of death. Eternal life embraces us when we embrace each other.

On All Saints Sunday, we cannot acknowledge that Jesus has broken down the barrier between life and death while we erect barriers around each other. Right now, the United States is fighting wars in Afghanistan, Iraq, Syria, Yemen, Somalia, Libya and Niger. Drones are killing more civilians than ever before. And at least 5,200 soldiers, a number that could grow up to 15,000, are heading to our southern border to turn thousands of asylum-seekers – still hundreds of miles and several weeks away – back to the hell of violence and persecution, in large part created by the United States, that they flee.

President Trump’s rhetoric, painting some of the world’s most vulnerable refugees of violence as enemies and invaders, all but guarantees that these asylum-seekers may be met with some deadly violence, especially when he has implied that he would authorize soldiers to fire on refugees who throw rocks. While members of the military may be disciplined to avoid excessive force, vigilante militias without such training are also headed toward the border. And the climate of fear has already taken innocent lives. Robert Bowers, who recently shot and killed eleven people at the Tree of Life Synagogue in Pittsburgh, PA, cited Jewish aid for refugees and immigrants as his motive. Fear-mongering rhetoric includes claims of Middle Easterners among the migrants and funding by “globalists” – coded anti-Semitic and Islamophobic language designed to foment anxiety and xenophobia and solidify distinctions between “us” and “them.” And even if no more shots are fired, simply turning asylum-seekers, who arrive in need of food, water, shelter and often medical treatment, away at the border and back to the violence from which they have fled violates national and international law and often amounts to a de-facto death sentence.

All are one in Thee for all are Thine…

These refugees are united to us. They are members of our own body; we are incomplete without them. This is what it means to be united in Christ, in God, in Love. Humanity is united, regardless of our personal beliefs, by an interdependence at the heart of being human.  Many people, regardless of religion, understand this. But sadly, religion itself is often used to defy our interconnection and interdependence, to deny the humanity of others, to erect walls between the “saved” and “condemned.” And thus, on a day when Christians are called to recognize the dissolution of the final barrier – death – and thus the dissolution of all the deadly barriers that divide us, some celebrate the ultimate division. Some celebrate the salvation of believers, the reward of heaven for the faithful, at the expense of those who believe differently. Deadly us-verses-them ideology is often rooted in or exacerbated by deadly theology.

Life-affirming theology recognizes that we are bound one to another in Love across all times and places. It is this full connection, this intertwining of all hearts and souls and destinies in Love, that pulls life from the shadow of death. It is this Love that Jesus embodied when he raised Lazarus from the dead, and in this Love he himself was risen.

Before Jesus raises Lazarus, he asks Mary, “Did I not tell you that if you believed, you would see the glory of God?” He was not asking for an assent to doctrine or an abstract faith in his “name.” He was calling on Mary, and all of us, to recognize God in each other. He was calling upon us to see each other as reflections of Love, through the eyes of Love given to us by Love. To recognize God in Jesus is to recognize God in the poor, the outcast, the refugee, the persecuted, the condemned. That is who Jesus was when he embodied God on earth, and that is what the body of Christ is on earth today. In revealing to us that God is Love, Jesus reveals that God is in solidarity with all whom humanity has deemed unlovable. And when we recognize that it is Love in whom we live and move and have our being, we are moved to see and act and live in love. This is the life that endures beyond our last breath.

When we live in hatred, bigotry and fear, our lives are ruled by the power of death. When we measure ourselves over and against others, or see the prosperity of others as a threat to our own, we dismember ourselves. And when we are indifferent to the forces of greed and power and privilege that exploit the vulnerable and create conditions of insecurity that breed hatred and violence, when we wittingly or unwittingly participate in these forces, our souls begin to decay. The refugees headed toward our border are the collective body of Christ – God clothed in bruised and battered flesh, God in the rumbling bellies of hungry children and the stress of parents pushing through their pain. When we push them away, we crucify Christ anew.

What must we believe in order to see the glory of God, otherwise known as Love at work? We are called to believe in nothing more or less than the infinite worth and dignity of every human being, and to exercise our own humanity by embracing them in love.

It is not merely outright bigotry that makes some people apprehensive about the refugees heading toward our border. Some are afraid that we do not have the resources necessary to take care of citizens, many of whom are poor, hungry, and homeless. We live in a nation dominated by militarism – spending more on fighting others abroad than social uplift at home. Militarized police and weapons fill our streets, and lifespans are declining from substance abuse and despair. The human response to an atmosphere of anxiety and instability is often to coalesce in order to find strength over and against a scapegoat, a vulnerable person or group.

Those beyond our borders seeking help from a population already living in fear are easily scapegoated right now. In heeding our call to love the refugee, the scapegoat of an anxious and insecure people, we must not wield hate and anger toward scapegoaters (of whom we all unwittingly are at various points in our lives), thus deepening the cycle of violence. We must instead exercise an ever-expansive love that transcends and transforms fears. A love that leaves anyone behind is imperfect and falls short of the life-giving, world-transforming power in which we are called to participate as children of Love.

We do this by affirming that enmity itself is more devastating and damaging than any potential enemy. We do this by calling out the forces of death and destruction and calling on the reallocation of our resources toward reparation and social welfare. We do this by creating spaces in which people can meet and come to know one-another, and by forcing ourselves beyond our own comfort zones. We do this by learning and speaking and listening to the truth in as much love as we can muster.

The lectionary text for All Saints Day includes Revelation 21:1 -6. “Then I saw a new heaven and a new earth; for the first heaven and the first earth had passed away…” The new heaven is the recognition of Love – not violence, or wrath, or punitive justice (all mistaken for God) – as the ultimate creator and sustainer of the universe, and the new earth is a world founded on love instead of violence. We build this new world when we open ourselves to a love that breaks down defenses and barriers and borders. This is the love that not only welcomes refugees, but creates a world in which there are no more refugees, because there is no violence to flee. It is a world in which no spaces are claimed exclusively and defended with weapons, because we are all stewards of an undivided, shared space. It is the world where death, mourning and pain are no more.

This is the eternal life which we are invited to live now It starts when we remember that all are one in Love, for all are Loved. May we live into this life-giving Love forever.

Image: Screenshot from Youtube: “Caravan of migrants heads toward U.S. as Trump threatens to close southern border,” by CBS News

What if life wasn't just a...
slacktivist
Related posts from Teaching Nonviolent Atonement