The Gospel, Election Day, and the Risk of Love 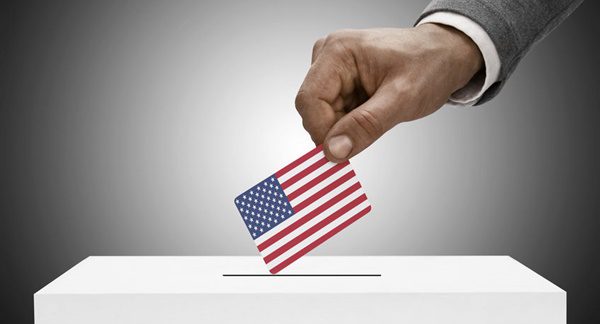 In 1996, there was a KKK rally in Michigan. Thank God there were hundreds of people there to protest the KKK rally. In fact, as we are seeing today, about 22 years later, the people protesting the KKK far outnumbered the KKK. “The 17 Klan members were met by about 200 counterprotesters.”

A white supremacist with a tattoo of the Confederate Flag on his arm walked by the crowd of counterprotesters. One person in the crowd had a bullhorn and shouted through it, “There’s a Klansman. Get him!”

The crowd chased after the man. One person who chased after him was Keshia Thomson. She said, “I wanted to verbally harass him and torment him with my voice and ask ‘What did I ever do to you?’”

But when the crowd caught up to the man, people started beating him with sticks from their protest signs and they began stomping on him with their feet. Keshia said the violence against the man “spread like wildfire.”

As this white supremacist fell to the ground and was getting beat up, Keshia, an African American woman, did something remarkable. She threw her body on top of this man. She reported that she put his head up to her chest and she yelled for people to stop beating him. I don’t know if you have seen the pictures of this event, but they are amazing.

But some members in the crowd continued to hit the man, and in doing so, they also hit Keshia. Soon, some people saw what was happening, and they pushed the people acting in violence away. Then Keshia walked the man to safety.

She said, “When people are in a crowd they are more likely to do things they would never do as an individual. Someone had to step out of the pack and say, ‘This isn’t right.’”

Why did Keshia do it? She said her faith compelled her to do it. In fact, she doesn’t remember making a conscious decision to save the man. She said it was as if two angels picked her up by the shoulders and dropped her on top of the man to save him.

I don’t know about you, but in the background of this story, I hear the words of Jesus who said that the fundamental act of the Christian faith is to love God and love your neighbor, who may even include your enemies.

Jesus said his mission was to love and that love led him to actively proclaim Good News to the poor, to proclaim freedom to the prisoners, to give recovery of sight to the blind, to set the oppressed free, and to proclaim the year of the Lord’s favor.

So for Jesus, love is a verb. It’s the same love that Ruth showed Naomi when she traveled with her to a distant land. Ruth loved Naomi through actions. Ruth said to her mother in law, “Where you go, I will go. Where you lodge, I will lodge. Your people shall be my people. And your God will be my God.”

Last Sunday, some of us learned at the last minute about the vigil at the synagogue Beth Israel in Portland. The vigil was in response to the horrific and tragic shooting at the Tree of Life synagogue in Pittsburgh last Saturday. About ten religious leaders from Judaism, Christianity, and Islam spoke at the vigil. Each spoke from their particular religious tradition and each said that the answer to the conflicts and tragedies we are experiencing is to put more love and compassion and kindness into the world.

My friends, I think God’s radical love and compassion and kindness is the hope for our world. This is the way that says No to injustice and hate while it says Yes to justice and love.

Because Jesus tells us to love our neighbor as we love ourselves. And we must always remember that our neighbor includes our

We’re called to love them all as we love ourselves. So as Tuesday comes and goes, remember that Jesus invites us on a mission to love. Because love is a verb that starts with God’s unconditional love given to us. And then God invites us to share that love with others. As Jesus reveals, love does not mean we sit back and play nice with injustice. Like Keshia Thompson, it might be that we risk showing up at protest rallies. And like Keshia Thompson, it means that as we struggle for justice, we risk loving even our enemies. For love means that we seek to actively seek to make the world a more just place. So no matter what happens the Tuesday, the world is going to need a group of people to shine God’s love and justice into the world

May we be that group of people. Amen.

Stay in the loop! Join Teaching Nonviolent Atonement on Facebook!

November 4, 2018
For All The Saints Who Our Asylum Seek: Eternal Life Starts With Welcoming Refugees
Next Post