The Gospel is Countercultural: Politics, Palestine, and the Prophetic Critique

The Gospel is Countercultural: Politics, Palestine, and the Prophetic Critique February 4, 2019 Adam Ericksen 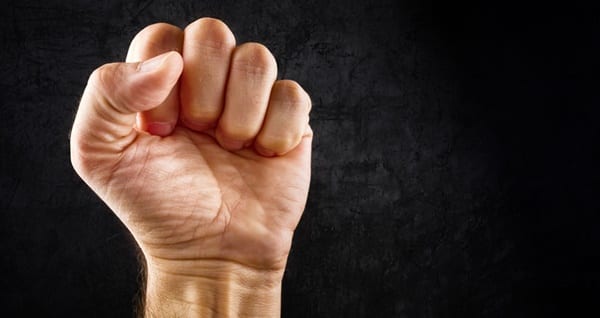 The following is a sermon I preached at Clackamas United Church of Christ, near Portland, Oregon.  You can read or watch the sermon below. The primary scripture texts were Jeremiah 1:4-10  and Luke 4:18-30.

Did you notice in the Gospel reading that after Jesus preached his first sermon, the people wanted to throw him off a cliff? Let that be a warning to all any of you who want to become preachers! If we follow Jesus, this is a dangerous business!

At one moment, the people loved Jesus’ message. The next moment they wanted to kill him. Why?

I want to give you a modern example of this that will help explain. Brian Zahnd is a mega-church pastor in Missouri. He started Word of Life Church in 1981 and the church quickly grew to many thousands of members.

Zahnd had an experience that changed his life. Back in 1991, he supported the First Gulf War. Actually, that’s an understatement. As a pastor and a preacher of the Gospel, Zahnd more than supported the Gulf War – he loved it! He says that when the war began, he hurried home to watch it play out on CNN. This was war on TV. He states that he ordered pizza like it was a sporting event. He writes, “CNN had huge ratings. Wolf Blitzer became famous. I was entertained.”

After that war, Zahnd continued to preach this version of American Christianity, but 15 years later in 2006, he had something of a mystical experience while he prayed. As he was praying his mind wandered off to his celebration of war and pizza, and he heard God say to him, “That was your worst sin.”[1]

He describes his worst sin as an intimate connection between the United States and Christianity, especially when it came to justifying war. He thought the US could do no wrong and that every war conducted by the US was a good war because it was conducted by the United States. He would never have criticized US military policy, because at that time he believed God was guiding the US.

But Zahnd’s experience in prayer quickly led him down another path. He began emphasizing Jesus in his sermons, which led him to emphasize love and nonviolence. He also started criticizing US foreign policy. His new messages enraged many members. As with Jesus in our reading today, it was as if many wanted to throw him off a cliff. Many stayed, but thousands of members left in protest of his Jesus focused nonviolent theology and his criticisms of US foreign policy.

Zahnd began to ask questions like, “What is the task of the church in the United States?” Is it to support the US government no matter what? My country, right or wrong? No. In fact, the task of Christianity, if it is to follow Christ, is to be countercultural. Zahnd makes this claim in his latest book titled, Postcards from Babylon. He writes,

It’s not the task of the church to “Make America Great Again.” The contemporary task of the church is to make Christianity countercultural again. And once we untether Jesus from the interests of Empire, we begin to see just how countercultural and radical Jesus’ ideas actually are. Enemies? Love them. Violence? Renounce it. Money? Share it. Foreigners? Welcome them. Sinners? Forgiven them. These are the kind of radical ideas that will always be opposed by the principalities and powers, but which the followers of Jesus are called to embrace, announce and enact. And the degree to which the church is faithful to Jesus and his radical ideas is the degree to which the church embodies a faith that is truly countercultural.[2]

I think Zahnd is exactly right. And it should be noted that Jesus was formed by his Jewish culture and religion. The countercultural stance that Jesus took against the political and religious rulers of his day was not going against his Jewish roots. That stance was rooted firmly within his Jewish tradition.

Take our first reading this morning from the book of Jeremiah. God called Jeremiah with a challenging, difficult, and countercultural task. God said to Jeremiah, “See, today I appoint you over nations and over kingdoms, to pluck up and to pull down, to destroy and to overthrow, to build and to plant.”

This is indeed a countercultural message. And do you know which nation Jeremiah criticized the most? His own.

As with the other prophets, Jeremiah warned that the leaders needed to change their oppressive and violent ways or the nation would fall. In chapter 5, Jeremiah complains that, “scoundrels are found among my people; they [steal and] take over the goods of others.” He then states that the rulers “know no limits in deeds of wickedness; they do not judge with justice the cause of the orphan, to make it prosper, and they do not defend the rights of the needy.”

After Jesus delivered his sermon where he quoted Isaiah that he came to deliver the oppressed and set the captives free, Jesus talked about two other prophets – Elijah and Elisha. Jesus told the story about Elijah going to a widow of Zarapheth and helping her during a time of famine. He then talked about Elisha healing a Syrian man named Naaman. After he said this, the people wanted to throw him off a cliff. Why?

Because the widow from Zarapheth and the Syrian man Naaman were seen as outsiders. They were from other nations. In fact, Naaman was a general in the Aramean army, which was one of Israel’s greatest enemies. When Jesus highlighted God’s activity in the world, he did it in a way that was thoroughly countercultural and thus thoroughly Jewish.

And so yes, Jesus came to set the oppressed free and to heal the sick and proclaim the year of the Lord’s favor. That’s all good news for his own people. But Jesus went within his own tradition to highlight the countercultural message of the prophets to say that God’s love extends beyond our expectations, beyond our borders, and beyond our walls. God loves those we label as “other.” God loves even those we label as “enemies.”

God’s love is deep and wide. God’s enemies are not the same as our enemies. That’s because God doesn’t have enemies. God loves widows from Zarapheth and generals from Aram. God loves Jews and Muslims and Hindus and Catholics and atheists and black people and brown people and white people and refugees and liberals and conservatives and us and them. And, maybe one of the most important things we could proclaim these days, God loves the Palestinians.

I fully admit that this is a difficult and complicated situation, made more complicated by the fact that for too long the US government and media have emphasized the Israeli government’s messaging and propaganda. It’s also complicated because for those who care about the plight of the Palestinian people, we want to know how to work for justice for them while also working against the growing rise of antisemitism.

It is tricky, but I want to highlight our Jewish friends who are doing this countercultural and prophetic work. Back in December, we invited a local Rabbi to talk with us. At dinner she told us that she stands with the Palestinians and that there is nothing necessarily anti-semitic about critiquing oppressive policies of the Israeli government. In fact, if we look at ancient prophets like Jeremiah and Isaiah and Elijah and Elisha, it is thoroughly Jewish to critique your own government when it becomes oppressive.

I also want to highlight the countercultural organization called “Jewish Voices for Peace.” Their mission statement is to oppose “anti-Jewish, anti-Muslim, and anti-Arab bigotry and oppression. [It] seeks an end to the Israeli occupation of the West Bank, Gaza Strip, and East Jerusalem; security and self-determination for Israelis and Palestinians; a just solution for Palestinian refugees based on principles established in international law; an end to violence against civilians; and peace and justice for all people of the Middle East.”

Jewish Voices of Peace does not go against its Jewish tradition when it makes this statement criticizing the Israeli government oppressive practices. Rather, it is rooted firmly within the Jewish prophetic tradition.

And we would do well to be rooted in that tradition, too. As followers of the Jewish Jesus, we are called to be countercultural agents of justice and love. When our government and economic forces in our nation are involved in oppression, we are called to rise up. Our own denomination, the United Church of Christ, passed a resolution that called for boycotting and divesting from companies that profit from the occupation of Palestinian territories. One representative of the UCC stated, “Given the injustices and ongoing violence… the resolution calls on the church to engage in nonviolent actions to help end the ongoing conflict and establish justice and peace.”

Indeed, supporting Palestinians in the face of oppression by the Israeli government may be seen as countercultural. And like Jesus experienced all those years ago, some may want to throw us off a cliff. And in the end, that’s okay because we know that in our work for a more just and peaceful world, God loves them just as much as God loves us.

And so as we work and pray for a more just and peaceful world, know that we may encounter opposition. And when we do, God says the same thing to us that God said to Jeremiah all those years ago, “Do not be afraid … for I am with you to deliver you…”

May we not be afraid.

May we live boldly for a more just and peaceful world.

And may we trust that God is with us now and always. Amen.

7 Reasons the Bible is NOT...
All Set Free
Related posts from Teaching Nonviolent Atonement