The Catholic Church has seven sacraments that members of the Church receive at different stages of their lives. One of those sacraments is Holy Matrimony (marriage).

According to the Catechism of the Catholic Church, ‘The sacraments are efficacious signs of grace, instituted by Christ and entrusted to the Church, by which divine life is dispensed to us’ (#1131).

A sacrament`s essential purpose is “to give grace.” What kind of grace do the sacraments give? First and most important of all, they give sanctifying grace. Sanctifying grace is that marvelous supernatural life when the Holy Spirit dwells within the human soul.

The Grace of the Sacrament of Holy Matrimony

1641 “By reason of their state in life and of their order, [Christian spouses] have their own special gifts in the People of God.” This grace proper to the sacrament of Matrimony is intended to perfect the couple’s love and to strengthen their indissoluble unity. By this grace, they “help one another to attain holiness in their married life and in welcoming and educating their children.”

1642 Christ is the source of this grace. “Just as of old God encountered his people with a covenant of love and fidelity, so our Savior, the spouse of the Church, now encounters Christian spouses through the sacrament of Matrimony.” Christ dwells with them, gives them the strength to take up their crosses and so follow him, to rise again after they have fallen, to forgive one another, to bear one another’s burdens, to “be subject to one another out of reverence for Christ,” and to love one another with supernatural, tender, and fruitful love. In the joys of their love and family life he gives them here on earth a foretaste of the wedding feast of the Lamb:

How can I ever express the happiness of a marriage joined by the Church, strengthened by an offering, sealed by a blessing, announced by angels, and ratified by the Father? How wonderful the bond between two believers, now one in hope, one in desire, one in discipline, one in the same service! They are both children of one Father and servants of the same Master, undivided in spirit and flesh, truly two in one flesh. Where the flesh is one, one also is the spirit.

What Is A Vocation

According to the Bible, a vocation is God’s will for a person`s life. The term ‘vocation’ is derived from a Latin word that means ‘calling’. For a Catholic (Christian), a vocation is about being the person that God has called you to be; it is also, about what God has called you to do. When Christ called His first apostles by the lake in Galilee, He was calling them to be by His side so that their lives could be transformed by the love shared in His friendship with each of them.

The Vocation of an Orthodox ‘State of Life’

People have always been called by Christ to follow Him in orthodox ways through their different vocation. In the past, the term ‘vocation’ was commonly used to refer to the lives of the religious and priests – because those called to religious life are those called to leave behind an ordinary life and be of absolute service to the Catholic Church. Today the term ‘vocation’ also refers to married life because through marriage two people are called to make an absolute commitment in response to the Lord`s invitation to love.

Marriage is a ‘state of life’ because two individuals make a commitment to animate their Christian faith in a certain way of life. The commitment of marriage that is expected to last a lifetime becomes a space where the couple answer their calling to holiness. We are all called to be saints – the calling to sainthood comes through different states of life, some are called through the Catholic priesthood or consecrated life, and others are called through the diaconate ministry. Others are called to sainthood through being someone`s husband or wife.

The Vocation of Being Unique

Every person is unique. Each one reflects the love of Christ in their own unique way. In a marriage, both husband and wife reflect the love of Christ to the other one. This is called the ‘personal’ vocation – one is called to be the person they were born to be. Through marriage, husbands and wives are called to a long-lasting vocational commitment and their roles as spouses pave their way to holiness.

Examples of Marriages that Led to Holiness

Marriage is a vocation that leads couples to sanctity. Cardinal Raymond Burke once said, “There is no greater force against evil in the world than the love of a man and woman in marriage. After the Holy Eucharist, it has a power beyond anything that we can imagine.”

Apart from Sts. Priscilla and Aquilla, who are patron saints of marriage, other couples who were canonized or beatified because of their matrimonial vocation include the following:

Sts. Louis and Maria-Azelie Martin were a Catholic couple of French descendent. They were parents to five nuns; one of their children is Theresa of Lisieux (St. Therese of the Child Jesus) and Servant of God Leonie Martin canonized. When Pope Francis canonized the couple in 2015, he said, “The holy spouses Louis Martin and Maria-Azelie Guerin practiced Christian service in the family, creating day by day an environment of faith and love which nurtured the vocations of their daughters, among whom was Saint Therese of the Child Jesus.”

Sts. Timothy and Maura were an Egyptian couple crucified after 20 days of being married because they refused to deny Christ during the sovereignty of Diocletian. The two spouses died at each other`s side.

Servants of God Cyprien (1935-1994) and Daphrose Rugamba (1944- 1994). Cyprien was a former seminarian who had completely lost his faith; he was also an adulterer who ended up having a child out of wedlock with another woman. For almost 20 years, Daphrose, a devoted Catholic, prayed for her husband to change his ways. It was on his deathbed where Cyprien regained his faith. He healed and asked Daphrose to forgive him; without any hesitation, she forgave him. For 12 years, they had a happy and beautiful marriage. The couple and their six children were killed in the early days of the genocide in Rwanda.

Élisabeth and Félix Leseur were a beautifully compatible young French couple. The only problem was that Félix was an atheist and Élisabeth was a devoted Catholic. They both grew together in their marriage and were both called to deep-rooted spiritual transformation. Out of the love she had for her spouse, Élisabeth spent her married life praying for husband`s conversion. Félix conversion came after the death of his wife; he responded to the deep love he encountered in Élisabeth writings by offering the remaining years of his life to the Church and God as a priest of the Dominican Order.

Last but not least, there is the Holy Spouses, the Blessed Virgin Mary and St. Joseph, Jesus Christ`s parents. Joseph wanted to leave Mary after he found out that she was pregnant. He knew that the child was not his because he and Mary had not consummated their marriage. Angel Gabriel persuaded Joseph not to leave Mary – if he had left her and cited the pregnancy as the reason for their divorce, Mary would have been stoned to death for being adulterous. The marriage of St. Joseph to the Virgin Mary saved two lives – that of Mary and that of Jesus. That is why St. Joseph is called the Chaste Guardian of the Virgin and Diligent Protector of Christ.

Pure love is capable of great deeds, and it is not broken by difficulty or adversity. As it remains strong in the midst of great difficulties, so too it perseveres in the toilsome and drab life of each day.

About Laurika Nxumalo
You can read more about the author here.
Previous Post 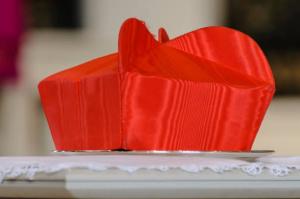 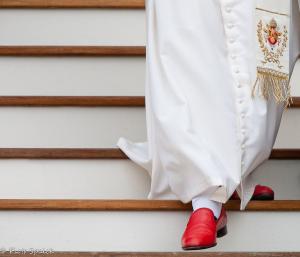 Catholic
The Red Papal Shoes - Walking In The...
Tea in Laurika’s Garden 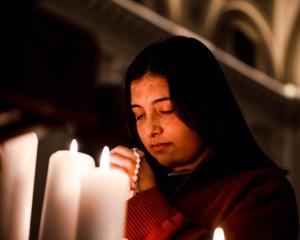 Catholic
Why Do Catholics Pray To Mary?
Tea in Laurika’s Garden 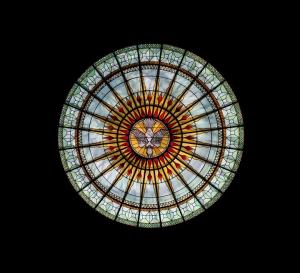 Catholic
What Is Confirmation In The Catholic Church?
Tea in Laurika’s Garden
TRENDING AT PATHEOS Catholic