A Witch’s Guide to Thriving in Conflict 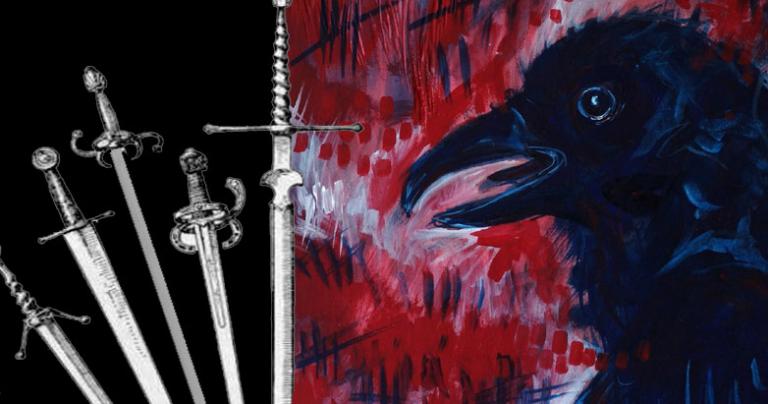 So I just wrote several pieces geared towards helping folks reduce fighting, aggression, and disagreements, communicate more effectively, and be better Witches.  I wouldn’t be a proper Gemini if I didn’t address the flip side.  (Also, this is the reality check for folks who may all too quickly assume that I have some overly rosy vision of the world.  I’m optimistic and imaginative, but that’s hardly all of me.)

What is conflict?  Dictionary.com says “A fight, battle, or struggle, especially a prolonged struggle; strife.”

Here’s the interesting thing about conflict – in many situations, it presents an opportunity for growth.  That may sound like my relentless optimism shining through, but I’m actually coming at it from a designer’s point-of-view.  Where other people see a problem, designers see a challenge to overcome.

For example, when Project Runway first started out, I loved it.  Not because I’m into high fashion – but because the designers were faced with really interesting challenges.  Harvest parts from a car to make an outfit, create a ballgown from party store favors – wacky things like that. It reminded me of being at RISD: like when I had to make a sculpture of violin out of a single sheet of cardboard, not using any tape or glue, and it had to still be a single sheet in the end if you unfolded it.  Another class had to make sculptures that would house a raw egg, that would be launched off the roof of a building.  The egg had to survive intact for you to pass the assignment.  Sure, these things don’t seem like very practical projects in the first place, but their goal was to get you to really think creatively and figure out how to problem solve.

Then the producers of Project Runway started to focus less on presenting interesting challenges (or perhaps ran dry on those ideas) and the seasons got progressively more focused on creating drama between designers than neat challenges and excellent design. That’s about when I lost interest – and well, I haven’t had regular cable TV in 5 years, so I just miss seeing Tim Gunn.

Also, ever wonder why some updates for programs and applications seem really annoying and useless?  Bored designers are a bad thing.  Worst than bad designers are corporate non-designers above the designers demanding “something new” when it’s working just fine.  (Yay capitalism?  Design for design’s sake is typically the result of non-conflict push. It makes no logical sense.)

Television, tech and art school aside – the times when human civilization has advanced in art and architecture, health and science, and other positive things has often coincided with the need to solve problems.  What is Witchcraft if not a means to solve problems dealing with physical, mental, and spiritual health?  Working with spirits, plants, places, people, and other things to cause a shift or to balance?

It’s natural when you are presented with a conflict of any nature to be upset.  The secret to getting past it involves NOT immediately give in to anger or frustration, and blindly reacting from that place.  Or to shut down completely, avoid, or give in to not doing anything at all. Instead, if we keep our cool, we approach the conflict with clearer vision and come out of the ordeal with new knowledge.

Conflicts can come in many forms – they don’t have to be caused by humans behaving badly.  They can involve natural or metaphysical things, spirits, plants, places, animals, or weather.  It can come from habits, it can come from too much of a good thing (an over-bountiful harvest of plants?), lack of space or time, having too many or not enough people to take care of something.  Conflict tends to arise because we’re ignoring something or not properly paying attention. Again, conflict can be an opportunity to be challenged and come out even stronger on the other side.  They can help us clear away things that hold us back.

So to help you thrive in the face of conflict, here are some handy tips from this Witch/designer.  I call it the 4 of Swords. If you’re not familiar with the Tarot, the 4 of Swords often represents finding harmony through balanced action and good planning.

The Four of Swords Conflict Resolution:
1) Source: Identify the source/idea/nature of the issue.  What’s happening and where is the problem coming from?

3) Choices: Consider possible solutions.  Don’t be afraid to brainstorm and consider possible outcomes carefully, if time allows. How fast is a solution required? Is the fix temporary or permanent?

4) Foundation: Plan for the future.  What will prevent this conflict from happening again? Are there precautions, rules, and/or plans that can be set into place?

Sure, you can use this system to approach nearly any conflict, but it’s specifically handy for matters of Witchcraft. Mundanely, most people just want the conflict to go away – they ignore it or dissolve it without considering where it came from or how to prevent it in the future.  In Witchcraft, we look deeper for the connecting threads and to affect change.  Things can and are often handled mundanely, but we often layer metaphysical approaches on top of that.  We can use divination to search for answers and resolutions.  Spellcraft can be utilized, and we can also work with gods and spirits to get a better understanding, fostering effective change where we can.

I hope you have found this approach useful and may you thrive in face of conflict –and do it with style, and success. 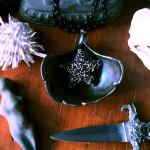 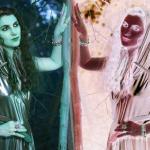