Sometimes I wonder how things would have gone for Gerald Gardner if he’d been a Witch today. Yes, occasionally my brain goes off on weird tangents. (Ok, perhaps that’s not an occasional thing, more like the standard expectation.) Getting anachronistic for a moment, imagine that somehow we’re exactly where we are right now, supposing that someone else other than Gerald kicked off things – or not.  And here’s Gerald today as a modern day Witch, on the internet, writing blogs and books.

It’s really rather fascinating to ponder.  Why?  First, if you don’t know what Gerald looked like, here’s an handy link to a whole bunch of images. Go ahead, I’ll wait.  Bit of a wild man huh? Now, understand I’m not dissing Gerald’s looks or his personal penchants. I highly suspect that’s a look he carefully curated for his public image, and he did have a thing for the light of media.  (Full disclosure: we share a birthday, so I feel like I have a bit of an insight into the old man, if you place stock in astrology and other correspondences. Side side note: Patheos Pagan editor, co-author and friend Jason Mankey shares his birthday with Doreen Valiente. There’s some sort of weird balance there.)

But it does make me wonder, would he have gotten the same sort of traction today? And what about most of the major authors, movers and shakers of the 60’s-90’s? Those whose work has taken precedence over a marketed personality complete with full image packet? How many people outside of California or the Pagan Festival circuit know what Starhawk looks like? More people know Margot Adler’s voice from her years on NPR , and her solid career as a journalist than what she looked like. What about all the folks who have used craft/pen names for publishing who you may have never seen a photo of, maybe outside of a black and white author photo from 1991? Many Pword authors chose/choose to be as anonymous as possible because of very real fears of persecution.

The main reason my brain has been contemplating these scenarios is I’ve been noticing a building trend across the social media platforms.  Particularly those that are image-heavy like Instagram and Tumblr.  The trend is that many rising folks on the occult spectrum are often marketing the image of themselves as much as, if not more than whatever product they are selling. Their physical image is their brand.  If you scroll through their feeds, there are often more photos of them then there is of their artwork, jewelry, oils, service-related products, etc. Beautifully manicured, perfectly styled, amazingly lit photos of them. There’s a sense of fantasy, a tone of glamour, steeped in media spreads.

Recently a publication called Witch Way Magazine held nominations for awards that included “Most Glam Witch” – which happened to be the first tweet I saw from them.  The title stopped me in my tracks, so I checked out the link to see what else was on the list. Other categories included Most Supportive Witch (won by our own Mat Auryn) and a bunch of Favorite things (blog, book, youtuber, etc). There were a bunch of folks I’ve never heard of, but I’m sure all have a strong online presence.  I get the feeling there’s another world out there I’m not involved in.

Once again, I’m not dissing anyone or critiquing their business.  I find it fascinating, though honestly also a bit disconcerting and uneasy. It feels akin to celebrity culture.  So many people become “celebrities” in modern culture simply because they’re rich/beautiful/fell into 15 minutes – more so than doing something truly exceptional, noteworthy, or profound.

On the other hand, the mere fact that young people especially are feeling empowered to be able to use their own image so prominently speaks to how we’ve managed to push in terms of visibility in modern society.  Some even using their real names, but even if not – it’s not that hard to discover who someone is with the power of the internet.  Not only have Witches gained more ground and stability, but the diversity to be found among us – as evidenced by the photos –  is also empowering. That is definitely something worthy of celebration that I hope continues to build.  But I still have some worries that there may be unintended consequences, especially for those who don’t have the same access to tools, aesthetic, or media platforms.

One of the things I have long loved about the Pword community in general is that prominent folks are generally accessible (you may even share the same shower at a festival or use that portapotty right after them!) AND most especially that age, gender, and looks don’t quite have the same amount of weight as what you actually bring to your community (what you do), as it does in other realms.  For example, I have been a professional bellydancer for almost twenty years now, and the majority of my teachers have been doing it twice as long as me. I have heard what they have gone through, in addition to my own personal experiences.  Bellydance is definitely a market where how you look is just as important as how well you dance, for better or for worse.  Restaurants are more inclined to hire young, pretty, thin dancers regardless of talent, than they are experienced dancers who are older, or heavier, or don’t have the right skin or hair color . It’s fucked up, but that’s the entertainment industry unfortunately.

On one hand, I recognize that selfies, the prevalence of photos and videos, etc – is definitely an effort to connect more with others.  For people to see the person behind the work.  That connection is a key element for many people, which is why it’s become an important branding element.  But for myself particularly as an artist and author, I feel like my work should carry most of the weight. What I paint, write, teach, draw, and say should take precedence over what I (or anyone else, Gerald included) look like.  Also, my time is very limited, so if it comes down to fancy manicures that I’ll mess up 5 minutes after getting versus a body working to help my back, doing a photo shoot weekly or making artwork – well, I’m going to address my body’s needs, and I’m going make art.  That’s not a complaint, that’s my choice – because taking care of myself and producing excellent work is worth more to me.  And I’ll just have to hope that in the long-run, despite trends and today’s culture, that work will be what people remember most.

I also hope today’s young mover and shakers – and their audiences, deep down also recognize the larger value of the substance of their work. That they feel the freedom to invest in their overall beings and fuel their creative efforts regardless of social media rankings. It’s easy to fall into mirrors, but it’s better to walk through doors. 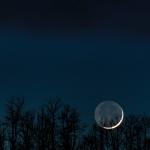 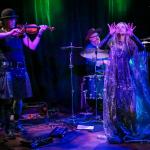 June 6, 2018 Tempest on Tour This June!
Recent Comments
0 | Leave a Comment
Browse Our Archives
get the latest updates from
A Modern Traditional Witch
and the Patheos
Pagan
Channel
POPULAR AT PATHEOS Pagan
1