The Magic of Spaces, Places, and Things

For as long as I can remember, I have talked to everything: trees, insects, doors, birds, coats, the ocean, electronics, my paintbrushes, my room – basically everything animate and inanimate that I come into contact with. You could blame it on the fact that I was an only child (actually I have two much older brothers, pretty much half of my adolescence was spent with them out of the household), or maybe watching a lot of The Last Unicorn and other prominent fantasy media of the time.  But I think I just had an innate sense from the beginning that we’re all made up of the same particles, and if I had a consciousness, so must they.

I didn’t know there were names for this concept (animism being one of them) until my late teens. To discover this made me happy – I wasn’t alone in my feelings about the world.

In the last couple of years, animism has become a trend in Witchcraft, which also makes me happy.  I know there are folks playing the animist Witch hipster game, but really WTF is there to be salty about?  If more people can gain a better understanding of themselves and the world around them, thereby altering how they interact with the world – there is no downside I can see.

So I am rather excited about seeing animistic concepts introduced to the larger culture as a gentle means of improvement and awareness for emotional, mental, physical, and spiritual well-being. (Yes, I’m talking about author Marie Kondo and her Netflix show.) However, I am not excited by people (some whom I think should know better) taking a soundbite tidbit as some sort of personal attack and spreading misinformation around (yes, I get humor, but some have gone to the extreme of displaying misogyny and racism, bravo).  For example, Marie’s not coming for your books: if you treasure showing you are so well-read by the number of books you own, perhaps also consider it would be logically inline to show how smart you are by doing a wee bit of research first. Also consider that “spark joy” is a simplistic translation of a much more detailed concept which allows for  more (especially English-speaking) people can start to understand it.

Really, enough said on that. I’d prefer to focus on the magical concepts involved with understanding your living space, the consciousness of where you live, and the power of things. Because while the Konmari method may be a new idea to some folks, respecting space, place, and things is an ancient concept found all over the planet. The base idea isn’t  about being minimalist or anti-materialistic, but rather recognizing what you have by respecting and utilizing it the best way you can.  In doing so, we can greatly alter the feeling of a space, as well as our own well-being.  There is definitely a sense of magical well-being and consciousness at play here.

For example, my Taurean partner Nathan describes that he is happiest at home when (and I quote) “everything has its place.”  It’s difficult to compose and create when there’s boxes, piles of stuff, and other clutter.  That’s not to say a huge mess isn’t going to happen when the work is actually happening – there will be instruments and books everywhere.  But in order to start work, to feel at ease and motivated, the space has to be in order. I’m the same way about my studio and starting new projects. And if you’ve read any of my books, I mention this as well in every one.  If you’re going to do a cleansing ritual in your bathroom or cook a magical meal in your kitchen,  you’ll benefit from physically cleaning and organizing the space first. Why? Things flow better, the space feels invigorated and ready, and you’re not distracted by mess.  You’re not only respecting your work, but the space you’re working in, as well as yourself.  Whenever I come home from tour, it doesn’t matter how clean the cat/house-sitter left the place, I still need to clean the house and put things away to regain a sense of order and well-being.

Putting things in order, realizing what is useful, important, and/or meaningful to you can greatly improve pretty much everything.  While house cleaning might not a cure for everyone’s ills, it can greatly reduce anxiety and depression for some people, while also giving you a sense of control over – or better yet – impact upon  your environment.  This is something I can personally attest to.  Putting things in order doesn’t mean throw everything away or lose your personality.  It’s also an opportunity to curate your collections, refresh your altar space, set up protections and wardings, and try new things.

I think more people would definitely benefit by viewing where you reside as a consciousness.  If you have a problem assigning that to a building, then perhaps you’ll feel more at home with a household spirit (here’s a great book that explores multiple traditions of these) or the land its on.  Here’s a little story about my own house.  It takes so little effort to be more aware of your surroundings and communicate with them. Just taking a breath and saying hello and listening for a moment is good place to start.

If you have a hard time getting into the concept that a space or object may have a consciousness or spirit of its own, then perhaps consider that us animate beings can rub off on the inanimate over time.  For starters, consider works of art – we see them as the expression of the artist, but then other people go on to interact with them – at museums, on stage, in concert halls, at home, etc.  There’s a power to the works of art, imbued by the maker and reverberated by those who interact with it.  A building that is lived in can not only take up the energy of the earth upon which it resides, but those who experience life within it. If you’re someone who has ever fried (or brought back to “life”) electronics, then again, you can clearly see your impact upon those things.  How many objects have you cleansed, ritual tools have you consecrated? We do this because we believe things collect residual energy.

I also want to point out how much the Industrial Revolution and post WWII consumerism has brought STUFF into our lives – for better or for worse.  And in terms of pollution and trash, we’re definitely much worse in that respect.  From excess packaging to products that are designed to degrade on you so you’ll have to buy it again – we’re filling the planet with garbage. Also, how many times have you bought a thing, only to later discover you already had that thing, but just couldn’t find it? I am guilty of these things myself, so definitely something I am trying to be more conscious of.  Which is hard because I have limited time and resources, but still, the effort is worthwhile.  It means I focus on purchasing things I really need, can use, and appreciate  – versus just getting stuff. I try to use recycled and re-purposed materials in my artwork as much as possible.  We have to balance progress with environmental consciousness.

So go ahead and talk to things, take their measure and meaning in your life.  Connect more deeply and consciously with the space around you.  If there are things that you value, then show it by treating them with respect in how you both use and store them. Recognize the power of the things you do choose to have in your life, as well as explore the benefits of moving along things that no longer suit you. Consider the spaces in between and the spirits of places and things – as the wise Witch does. 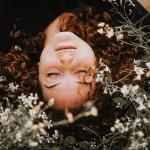 January 14, 2019
A Witch's Guide to Falling Asleep
Next Post 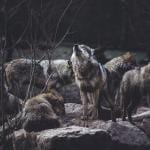 January 17, 2019 The Super Amazing Blood Wolf-Storm Moon Thingie
Recent Comments
0 | Leave a Comment
"In Penzance Cornwall UK this Dec 21she will dance in the streets during the Montol ..."
Virgina Ray A Witch’s Yuletide: Making the Mari ..."
"http://montolfestival.co.uk..."
Virgina Ray A Witch’s Yuletide: Making the Mari ..."
"I wasn't involved in a Witch war per se, but I did have a friend ..."
Amanda Ingalls The Witch’s Guide to Etiquette: Avoiding ..."
"I honestly do not get why some people get off on spreading hate. Seriously, I ..."
Amanda Ingalls The Best Banishing I Saw This ..."
Browse Our Archives
Related posts from A Modern Traditional Witch