Kathryn Jean Lopez has written a thoughtful and terrific piece addressing Stephen Prothero’s puzzling or deliberately provocative notion that Dorothy Day’s abortion could interfere with her cause for sainthood.

Prothero wrote: “Can Catholics abide a saint who had an abortion?”

Possibly reconsidering the question as a bit aggressive, he rephrased it: “Can you be a saint if you have committed the original sin of contemporary Catholicism?”

It’s probably fair to say that Day is more readily embraced by those who are active in liberal, rather than conservative politics. But when looked at through a political lens, she presents challenges to all—and especially to those who don’t want to acknowledge that this woman who could be considered a hero of left-leaning Catholics also came to believe that abortion was a grave evil.

I can’t help but think that with his question Prothero was acknowledging this unholy divide. It is a question born out of a caricature, one that presumes anyone opposed to abortion would be outraged by the possibility that the Church would officially elevate one who had committed such a grave sin to the ranks of the canonized. For her promiscuity alone, Prothero seems to expect that a heckler would stand alongside the crowds on Day’s canonization day screaming “Jezebel!”

Perhaps someone would. Who am I kidding? Of course someone would. We are quite the varied mix of sinners, after all. And while we may be made in His image, to forgive truly is divine. Thank God for His mercy because life here at times would seem rather merciless if the dispensing were left to us alone.

I wish I could disagree with Lopez and say, “No! No Catholic would ever do such a thing!” But she is probably right. On the issue of abortion and sexuality I’ve encountered a few over-the-top “more Catholics than the pope” types; I daresay there may be a voice or two raised in accusation and heedless of mercy.

But that anyone would take the time to write such a piece as Prothero’s, positing Day’s abortion as a saintly deal-killer, is a loud and alarming siren alerting us to widespread pain in our midst. There is great suffering surrounding abortion. It not only kills a life but leads souls straight to despair.

As committed prolifers, we must speak to this, and help lead the wounded to the solace of God’s mercy. As firmly as we must stand against legal abortion in our country, so too are we called to support women and men who, having made not-so-great choices, find themselves facing the challenges of an unplanned pregnancy—or the heartache of having procured an abortion.
[. . .]
I don’t know if Dorothy Day will be canonized. But to suggest that the nature of her sins might keep her out of the Communion of Saints is only to divide and hurt souls who should be uplifted by the example of the trajectory of her life.

It’s a long piece and I do suggest you read the whole thing.

I do think Lopez is on to something, there — that this question was asked at all by Prothero, for whatever reason, suggests that something is lacking in our outreach and communication on this issue. His question supposes Catholics do not understand concepts of contrition and the infinite nature of God’s mercy. In fairness, I cannot ascribe hostility to Prothero’s question, but I also can’t help noticing that it does seem like it could be taken as such — as though Prothero is trying to call out Catholics for hypocrisy, if they do understand the nature of forgiveness, but also if they do not.

Dorothy Day sincerely regretted her abortion and asked for forgiveness in the sacrament of confession. As a Benedictine Oblate, Day prayed the Liturgy of the Hours, daily. In fact, by the end of her life she was known to travel with only two things — her breviary and a jar of instant coffee. In reading the hours, she would frequently have come across Isaiah 38:17: “…you have saved me from the pit of destruction, when you cast behind your back, all of my sins.”

I have no idea whether or not Dorothy Day will ever be raised to the Canon of Saints. She once said “don’t call me a saint; I don’t want to be dismissed so easily,” so I doubt she’s up in heaven thinking about the question at all. But it seems pretty clear to me that her sincerely repented-of abortion would be the last thing to hold back her cause.

And I think 99.9% of Catholics would agree with that.

September 7, 2011 Mexican Meat Loaf
Browse Our Archives
get the latest from
Catholic
Sign up for our newsletter
POPULAR AT PATHEOS Catholic
1 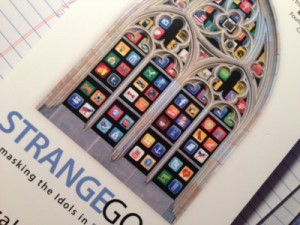