When Optimisim is a Strange God

When Optimisim is a Strange God November 8, 2011 Elizabeth Scalia

Shortly after I wrote this column discussing Mark Steyn’s book, After America, I got an email from a reader named Frank, who complained that I (and for that matter, Steyn) were becoming “too pessimistic” for his taste and reminding me that as a Christian it was my duty to be hopeful.

It was a nice note; he wasn’t haranguing me, and I wrote back that it is because I am a Christian that I am deeply optimistic that in the end all shall be well; but I also have the crucifix ever before me, which teaches that getting there — to the “all” part — means facing and accepting the difficulties of other road before us, and being realistic about them.

Since then I’ve had other notes — less nice ones — also complaining about my pessimism for the church. In the comboxes, too, people take issue with my idea that the church will grow smaller through schism and persecution. Again, I don’t see myself as pessimistic about it; I see it all moving toward something that is ultimately victorious, my optimism is all focused on the long view.

My column at First Things today jumps off another Steyn quote:

Last week Mark Steyn wrote, “America is seizing up before our eyes,” and that is a spot-on image. She is like a brilliantly conceived machine that, poorly maintained for more years than any of us cares to admit, has gone too long untuned; the oil of her invention has thinned out and broken down and now bit-by-bit, gear-by-gear—economically, socially, spiritually—she is making an ungodly noise and grinding to a halt.

And yet people want optimism. They crave it, especially when a president is telling one half of the country that it is “time to eat your peas” while simultaneously encouraging another half to take to the streets and demand more dessert. “Where is our Ronald Reagan,” is a phrase that rises with alarming frequency, in some comboxes, and it always unsettles me to see it, because it seems so determinedly obtuse; if we can just find someone exactly like the president from thirty years ago, we will be alright. If only someone will smile and tell us it is morning in America, again, and the city has not slid down the hill!

There are probably ten thousand articles to be found on the Internet all fleshing out their theories of what is behind America’s swift collapse. Curiously, most of them will touch—all without realizing it—on the seven deadly sins; Capitalist Greed; Spiritual Sloth; Physical Lust; Nationalist/Military Pride; Consumer Gluttony; Partisan Wrath; Class Envy. Good arguments can be made blaming some are all of these sins for our current dire straits and for the sense that we are standing upon a precipice.

But I wonder if it is not the first and greatest sin named by Yahweh and given to Moses, that is most at fault: the sin of idolatry.

You can read it all here

November 9, 2011 What Cain Should have Said at Presser - UPDATED
Browse Our Archives
get the latest from
Catholic
Sign up for our newsletter
POPULAR AT PATHEOS Catholic
1 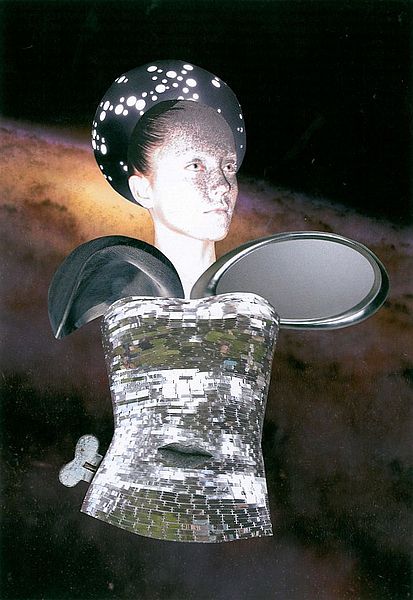