It can travel around for a while, but eventually, like spinning top that is spent, a lie must tumble .

It’s supremely interesting to me that at the very moment we are watching the beginnings of an all-out effort by the press and others to “define” the papacy of Benedict XVI, and solidify it in people’s minds as a catastrophic failure, King’s words are being borne-witness to by newly emerging information about another pope. Pius XII has been derided as “Hitler’s Pope” and charged with insufficient rhetoric against fascism in World War II.

But it seems, perhaps, that Pius’ reputation may be restored by “The Pope’s Jews”

Gordon Thomas, a Protestant, was given access to previously unpublished Vatican documents and tracked down victims, priests and others who had not told their stories before.

The Pope’s Jews. . . details how Pius gave his blessing to the establishment of safe houses in the Vatican and Europe’s convents and monasteries. He oversaw a secret operation with code names and fake documents for priests who risked their lives to shelter Jews, some of whom were even made Vatican subjects.

Thomas shows, for example, that priests were instructed to issue baptism certificates to hundreds of Jews hidden in Genoa, Rome and elsewhere in Italy. More than 2,000 Jews in Hungary were given fabricated Vatican documents identifying them as Catholics and a network saved German Jews by bringing them to Rome. The pope appointed a priest with extensive funds with which to provide food, clothing and medicine. More than 4,000 Jews were hidden in convents and monasteries across Italy.

During and immediately after the war, the pope was considered a Jewish saviour. Jewish leaders – such as Jerusalem’s chief rabbi in 1944 – said the people of Israel would never forget what he and his delegates “are doing for our unfortunate brothers and sisters at the most tragic hour”. Jewish newspapers in Britain and America echoed that praise, and Hitler branded him “a Jew lover”.

However, his image turned sour in the 1960s, thanks to Soviet antagonism towards the Vatican and a German play by Rolf Hochhuth, The Deputy, which vilified the pope, accusing him of silence and inaction over the Jews. It was a trend that intensified with the publication of Hitler’s Pope, a book by John Cornwell.

However, as the Vatican’s secretary of state before the war, the future pope contributed to the damning 1937 encyclical of Pius XI, With Burning Anxiety, and, as Pius XII he made condemnatory speeches that were widely interpreted at the time – including by Jewish leaders and newspapers – as clear condemnations of Hitler’s racial policies. Due to the Vatican’s traditionally diplomatic language, the accusation that Pius XII did not speak out has festered.

Professor Ronald J Rychlak, the author of Hitler, the War and the Pope, said: “Gordon Thomas has found primary sources … He has tracked down family members, original documentation and established what really was a universal perception prior to the 1960s. He’s shown what the people at the time – victims, rescuers and villains – all knew: that Pius XII was a great supporter of the victims of the Holocaust.”

Asked why the Vatican had not made the new material available until now or, where stories were known, disseminated them more widely,Thomas said: “The church thinks across centuries. If there’s a dispute for 50 years, so what?”

Read the whole thing. It does seem the Vatican is getting a tiny bit better at trying to control rumors.

Seems The Pope’s Jews was published in October of last year. I guess there wasn’t as much coverage of this book as for the release of Hitler’s Pope. 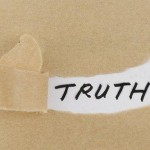 February 15, 2013 Morning Prayer so often aligns with the headlines...
Browse Our Archives
get the latest from
Catholic
Sign up for our newsletter
POPULAR AT PATHEOS Catholic
1