Prayer and Fasting for Christians in Near and Middle East

Prayer and Fasting for Christians in Near and Middle East September 25, 2013 Elizabeth Scalia

This morning, I read this and felt a huge interior push to take up a fast and prayer for these brothers and sisters of ours:

The last month and a half has seen perhaps the worst anti-Christian violence in Egypt in seven centuries, with dozens of churches torched. Yet the western media has mainly focussed on army assaults on the Muslim Brotherhood, and no major political figure has said anything about the sectarian attacks.

Last week at the National Liberal Club there was a discussion asking why the American and British press have ignored or under-reported this persecution, and (in some people’s minds) given a distorted narrative of what is happening.

Among the four speakers was the frighteningly impressive Betsy Hiel of the Pittsburgh Tribune-Review, who has spent years in Egypt and covered Iraq and Afghanistan. There were lots of stories of Muslims protecting Christian neighbours, but there were also incidents with frightening echoes; Hiel described a man riding on his bike past a burned down church and laughing, which brought to my mind the scene in Schindler’s List when local Poles make throat-slitting gestures to Jews en route to Auschwitz.
[…]
The saddest audience question was from a young man who I’m guessing was Egyptian-British. He asked: ‘Where was world Christianity when this happened?’

Read it all, and please consider joining me in prayer for our brothers and sisters. If you’re not sure what prayers, access some of the podcasts I’ve got over on the sidebar — the Rosary, the Litany to the Sacred Heart of Jesus; your prayers before sleep, the Angelus — offer your Liturgy of the Hours for them; Offer an hourly ejaculation: “God, come to their assistance, O Lord, make haste to help them…”

Because I am having health issues my fasting will be about eating nothing between small meals. If you can fast, consider it, even for half a day. Christians are suffering and their history and place is being erased.

They need our help.

UPDATE:
I hadn’t realized it when I wrote this post, but Pope Francis asked today: “How many of you pray for Christians who are persecuted?”.

Yes, let us pray, and let’s say yes to this question, too: can we talk about this, finally?. 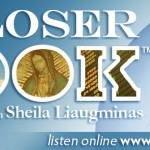 September 25, 2013 Bad Optics: Obama and HHS vs Little Sisters of the Poor
Browse Our Archives
get the latest from
Catholic
Sign up for our newsletter
POPULAR AT PATHEOS Catholic
1 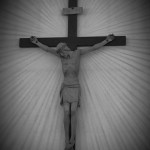