Why people hate people who call themselves Christians UPDATED

I just can’t even:

So, a server went to pick up a check after restaurant patrons had eaten, and found this message on the bill:

“Thank you for your service, it was excellent. That being said, we cannot in good conscience tip you, for your homosexual lifestyle is an affront to GOD. Queers do not share in the wealth of GOD, and you will not share in ours. We hope you will see the tip your fag choices made you lose out on, and plan accordingly. It is never too late for GOD’S love, but none shall be spared for fags. May GOD have mercy on you.”

The server has responded to the incident, saying “The offers to help pay me back are much appreciated, but not at all needed. I’d prefer to let my work ethic and my service do the talking, nothing else.”

That’s a classy response to a rank hatred.

If you’ve wondered what a “Christianist” is, this is a pretty fair example. It’s someone who uses Christ Jesus or the teachings of his church as an excuse to justify bigotry, to endorse a thoughtless ideology and to expose a heart full of hate.

Yesterday we read about a cop who saw the human person before her, not just a crime, and tried to help.

Today we read about people who sees nothing human in another, just a sin, and try to punish.

When Jesus was asked, “what is the greatest commandment?” he answered

The first commandment, if it is truly lived, actualizes the second. Judgment belongs to God, and he in turn has bestowed it upon Christ; from the rest of us is desired only mercy, and repentance.

These are not my ideas — they come from Jesus’ own lips:

“Moreover, the Father judges no one but has given all judgement to the Son.” (John 5:22)

“Go and learn what this means: ‘I desire mercy, not sacrifice’ for I came not to call the righteous but to call sinners to repentance.” (Matt 9:13)

I love that verse and ponder it often. I think our human, egotistical instincts invite us to think Jesus is making an actual distinction, here, between some vague gang of righteous folk and the rest of us poor slobs — and we believers like to think we’re a part of the former, not the latter, right?

But that would make no sense within the pageant of salvation, not only because, as Saint Paul tells us, “none are righteous, not one” (Romans 3:10); the notion would argue against itself by suggesting there are some humans excluded from God’s concern — as though God is sitting on his throne inspecting one area and saying, “yes, you people are just fine, carry on!” and then peering the other way and saying, “but Jesus Christ those people need help! Go to it, Sonny!”

There are no righteous, of course, except in our own minds. Christ comes to call all of us, and we are all sinners, most especially if we think we are among the “righteous.” When we look at the saints — at people we think of as truly righteous — there isn’t one of them who would not look back and say, “I am a sinner!”

So, these restaurant patrons — who allowed a server to attend to them and benefited from the server’s professionalism — felt like members of the elect. Perceiving the server as a sinner, they chose judgement (which was not a sound option, because it belongs to Christ) over mercy, and acted in a way that mildly diminished the server’s earnings and humanity but greatly diminished their own.

There is no worship of God or Christ in this act, rather, it is a very good demonstration of the thesis of Strange Gods. These folks have an idea of themselves — they’re righteous dudes! — and as Gregory of Nyssa said, “ideas create idols; only wonder leads to knowing”. By their action, the customers exposed their obedience to their own self-worship, and to whatever malicious little shoulder-demon they have made welcome.

It’s kind of like the Pharisee in scripture, voicing a prayer we might imagine to be: “I thank you, God, that I am not like that homosexual sinner over there! I go to church! I proclaim the name of Jesus! I tithe! Don’t you just love me, God?

It seems to me, we should feel offended and angry for the sake of the server; we should pray over the wound to a human person who was treated cruelly by some who have perverted Christ’s message, in order to use it as a self-satisfying social scythe.

But we should also remember that “hurt people hurt people” and pray, too, over the soul-wounds of those have swung the scythe, because Christ is in fact, a double-edged sword, in which justice and mercy are met. And his piercing brings a harrowing at its depths, even as it heals.

UPDATE I:
Speaking of hate, there is plenty to go around: Flush with Bigotry: Florida professor compares a priest to a toilet because “they’re both full of shit.”

UPDATE II:
As noted here, this restaurant is about an hour’s drive from a very ugly so-called “church.” 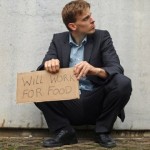 October 24, 2013
Where Government Drops Ball, People Must Take Up
Next Post 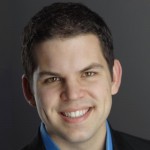 October 26, 2013 Talking "Strange Gods" with Brandon Vogt
Browse Our Archives
get the latest from
Catholic
Sign up for our newsletter
POPULAR AT PATHEOS Catholic
1

A Dandelion and a Mothers' Day...
Steel Magnificat
Related posts from The Anchoress

Fictional Saints
Saints are dead, to begin with. They’re dead, and Catholic, and they...
view all Catholic blogs
Copyright 2008-2021, Patheos. All rights reserved.
error: Content is protected !!