When We Truly Love, We Model God to Each Other – UPDATED

A while back, I had the distinct pleasure of interviewing Mother Dolores Hart, OSB about her book, and she talked of breaking off her engagement in order to enter the Abbey:

He was furious. Oh, He was so upset. But he said a very unexpected thing which was, ‘you know all love relationships don’t end at the altar, and I will be faithful to you in this.’ Well, I thought that was a head-trip too. I didn’t see how in the world he could do that, but in effect, fifty years later, Don did stay with me. He became a great friend to Regina Laudis and he visited at least twice a year, or he would send things he knew we needed and up until he died a few months ago, he was just a wonderful champion.

…Don loved you so much that he was able to release you, and doesn’t that kind of model God’s love for us? I was thinking about this while reading your book and and also in the context of something I learned while writing Strange Gods — that God is so remarkable in his love as to give us free will, which makes him vulnerable to us; he takes the chance that we’d walk away from him. Doesn’t Don sort of model that for you?

What a wonderful description! Because no one has ever made that comparison before, and I think that’s absolutely right! I think that’s perfect because he did release me; and he gave me the freedom to do with my life what was true, and he said he would support me in that, and if that is not an image of God’s love for us…It’s only when we use that free will to do the wrong thing that we step outside of the gift of the Creator.

This beautiful post by Lauren Donohue Gulde reminded me of that interview, and how very true it is that — when our relationships are healthy and honest and authentic — we cannot help but model God to each other. Her post is a valentine to her husband, and a testimony to that truth. And too, a reflection on our own relationship with God.

I remember that he is the one who knows me most perfectly in this world. Not the ‘me’ that I’m working on. Not the ‘me’ of my hopes or the ‘me’ of social media witticisms, blog reflections or literary expertise. But the ‘me’ of my worst moments, too. He’s got those down. He was there and didn’t leave. That ‘worse’ part of the ‘better and worse’ promise.

And he doesn’t forget his promises.

In fact, the way he looks at me sometimes? Waiting. Expectant. As if he knows the expression that will come to my face and the words that will come from my mouth before I do. I wonder that he might know me better than I know myself. He says, “There’s that Irish coming out in you again…” and I know what that means.

And I remember that I might be a bit of a mess, and rather difficult to live with at times. That my moods might swing ever so slightly at times. . .that I might sometimes fall short of something, be less than attentive, thoughtful, or kind-hearted. That I might just take him more for granted than anything or anyone else around these parts.

“For the wonder of who I am, I thank you.” When we pray Psalm 139 we are speaking to God, but the words could just as easily be said to our spouses and kids.

UPDATE:
Fr. Dwight goes all Benedictine on the subject 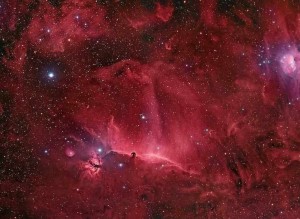 October 29, 2013
So, if you repeat a lie often enough, it DOESN'T become True? UPDATED
Next Post 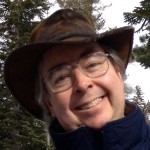 October 29, 2013 Cry Woof! Welcoming Will Duquette to Patheos
Browse Our Archives
Related posts from The Anchoress

Catholic
The Horror of PP vs an Invitation to...
The Anchoress
TRENDING AT PATHEOS Catholic