Sisterly Support: When Nuns Move In Together (and Nun News Updates)

Earlier this year, after what sounds like a truly “long and difficult journey” some Redemptoristine nuns, who were losing the temporary housing they needed while seeking a permanent place to live, work and pray, found a solution out of Carmel:

The Carmelite nuns of Beacon were prudently examining their future and their ability to remain on their lovely property. Knowing of the Redemptoristine’s dilemna…The Carmelites voted unanimously to issue an invitation and within two weeks the councils of the communities met and the generous invitation was accepted.

Something similar is taking place in Missouri, again involving Carmelites, but this time it’s the Benedictine Sisters of Perpetual Adoration who are offering hospitality and fellowship in a very beautiful and joyful way.

The sisters who came for retreat/rest loved their time with us and we loved having them. We could see how the smallness of their community was a difficulty for them and at the same time we saw how much they embodied the Carmelite charism. Our shared love of the contemplative life and Divine Office made us kindred spirits. There was such a lovely connection that we asked them to consider relocating their Carmel on our property as part of their discernment. They did so and it wasn’t long at all till they replied with a wholehearted and enthusiastic YES!
. . .
We have a old and lovely guesthouse very near our chapel that was built in the 1920s. It served as the Chaplain’s house for many years before it became a guest space for us. It will become the residence of the Carmelite sisters. They will be close enough to join us for prayer and Mass as well as meals if they so wish. They will also have a kitchen andsmall chapel in their house if they choose to eat and pray there. As the sisters age we have invited them to reside in our health care facility on our Clyde property.

I actually got chills when I read this, because I know that God is never outdone in generosity and always rewards it. I keep imagining what these two communities can teach each other. This almost seems like a microcosm of the sort of unity I believe the Holy Spirit has been working to effect within the church, and ultimately between the churches). I believe great riches will come out of this move.

“All of this has been a steady process through which the Holy Spirit has revealed to us a life-giving alternative for our community,” said [Carmelite Prioress Mother Marie Therese DuBois.]

The Carmelites visited Clyde recently and joined the Benedictines for the Liturgy and Divine Office. That gave them opportunity to experience the semi-enclosed life there.

The result of that gathering was a “greater appreciation of each other’s spirit as well as a deepening of our own,” Mother Marie said.

How good and how pleasant it is,
when brothers live in unity!
It is like precious oil upon the head
running down the beard
– Psalm 133

Or, in the case of sisters, running down the curve of the jaw. How good and how pleasant to read these stories which are nowhere near as negative as some might think.

What we are seeing here is a timeline — and it’s God’s timeline, so it is vast, but we believe (because we are self-obsessed) that what happens within our lifetimes — during our part of the historical timeline — is definitive. The realities of monastic life (and religious life and truly, the church in general) is a reality of shifts and starts. Communities rise and grow, then fade or move as new ones come up. Just read the epistles of Paul and ask yourself how many of those communities are still Christian.

In scripture we are told repeatedly that God is in the process of drawing all things to himself. A struggling group of Poor Clares moves from Ohio, where there are many monasteries, to Charleston where more are needed (as they are on Long Island, please, Lord!). A Mobile, Alabama Carmel that is in extremis gets an gets an infusion of Vietnamese sisters and begins to thrive anew. A Carmel in Valparaiso, Nebraska decides to do it old-school — without even an internet presence of their own — and shoots up with such vigor that in a matter of a few years, she is building foundation after quickly-filling foundation.

So, should we fret about “atheist mega-churches” emerging among us?

Sunday Assembly – whose motto is Live Better, Help Often, Wonder More – taps into that universe of people who left their faith but now miss the community church provided, said Phil Zuckerman, a professor of secular studies at Pitzer College in Claremont.

It also plays into a feeling among some atheists that they should make themselves more visible. For example, last December, an atheist in Santa Monica created an uproar – and triggered a lawsuit – when he set up a godless display amid Christian nativity scenes that were part of a beloved, decades-old tradition.

God only knows what will arise from these oxymoronic entities; I take heart from the “Wonder more” part of their motto, which could prove interesting, particularly if many of the people involved have been baptised, and thus already claimed for Christ. As St. Gregory of Nyssa said, “only wonder leads to knowing“; that’s why it’s so subversive, and so many people try to discourage it. In a soul already opened due to baptism…who knows what could eventually happen? Maybe nothing, maybe something surprising, unexpected and great.

Fretting seems pointless. The Holy Spirit moves as it will to process the Divine Plan. It never makes sense to grow anxious because something seems to be disappearing; it will turn up where God desires it to, for as long as is required. That’s one thing that reports on dwindling religious vocations seem to miss when they base everything on the aberrational highs of the mid-twentieth century; religious life has always been a radical and minority choice. God still calls, however, and even today — with all the noise and distractions placed before our youth — it can be perceived, and is being responded to, by the radical minority.

If it all seems Pollyanna-ish to you, I can’t help it. I cannot dwell in negatives where the Holy Spirit is working.

And since I’m talking nuns, might as well give you a few updates since my Annual Nun News Post of last month:

The Benedictines of Clyde, mentioned above, celebrated a final profession in September and look forward to another in January.

Jenna Andrews, her college debt seen to, was able to enter the Dominican Sisters of Hawthorne in October and is now a very serene-looking postulant

The Passionist Nuns of Whitesville, KY celebrated a final profession.

The Sisters of Mary, Mother of the Church clothed two novices, this weekend

The Bethlehem Poor Clares also just clothed a radiant new novice, as do the Panhandle Franciscans.

Five perpetual professions within this international order, the Sisters of the Home of the Mother.

The Religious Sisters of Mercy of Alma — an order with a growing number of medical doctors — receives the final vows of two more in this lovely video. They also recently received first vows from another sister.

UPDATE:
It strikes me, while listening to Katrina Fernandez talk on the radio with Dan Sealana just how very important their topic is: the distorted idea that unless someone is in a sexual relationship, he or she is lonely, unfulfilled and missing out. It’s a topic Katrina writes well on, inspiring lots of other thoughtful posts. It seems to me that in order for God to be heard — in order for that small, still voice to pierce the noise and illusions of the world and be heard by the soul, people need to first become reacquainted with the idea that sex, and the great idol of the orgasm, is not the be-all-and-end-all of our lives, because love takes many forms. Kat is doing some necessary groundwork.

November 8, 2013
Pope Francis' Marginalized Ones: You and Everyone You Dismiss, Too
Next Post 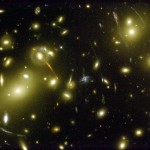 November 12, 2013 When Hating Oneself, the World, and God Seems Like Right Reason
Browse Our Archives
Related posts from The Anchoress