FCC in the Newsroom: A Look at What they Want

Now that one-or-two members of the mainstream press are bothering to notice the FCC preparing to question their editorial processes, Ed Morrissey is helping us all get a better take on what it will look like, with this analysis at Hot Air:

It’s difficult to determine any other reason for the FCC to take an interest in editorial decisions unless it wants to intervene in that process. It’s not all that outrageous to believe that the only reason a federal agency wants to conduct a study of an area over which it has no authority or jurisdiction is to craft an argument to get that authority and jurisdiction, especially if it can claim a crisis exists. And the only reason why the government would want to control editorial choice is to make sure it benefits government.

The study design is available online, by the way, and it’s impressive for the depth in which the FCC intends to probe editorial choice. The purpose of the study, according to its authors, is “to identify and understand the critical information needs (CINs) of the American public (with special emphasis on
vulnerable/disadvantaged populations).” This assumes that the American public can’t identify their own “CINs” and find ways to service them in a historically-diverse and dynamic media environment, of course, which is flatly laughable.

The study would involve interviews at all kinds of outlets — newspapers and Internet included, even though they are outside of FCC jurisdiction — in order to determine whether the FCC sees a CIN crisis. What are the purposes of the interviews with media owners, editors, reporters, and others?

The purpose of these interviews is to ascertain the process by which stories are selected, station priorities (for content, production quality, and populations served), perceived station bias, perceived percent of news dedicated to each of the eight CINs, and perceived responsiveness to underserved populations.

The FCC will judge media outlets individually and in groups based on their own perception of critical “CINs” rather than allow consumers to figure that out for themselves. One of these is “employment information”. . .

Read the whole thing, which includes examples of what sorts of questions the FCC will be asking the press, and some of Ed’s won questions about the questions.

Ed notes that Warner Todd Huston wrote about this issue last November. We all missed it. Meanwhile Andrew Klavan is not surprised, given the media’s mental #bowdown, and wonders if therapy is needed:

American journalism’s worshipful prostration before Barack Obama has always been emotionally embarrassing and politically dangerous, but recently it has begun to seem psychologically deranged as well. We might have cringed when, say, New York Times reporter Jeff Zeleney used a White House Press Conference to ask the president what “enchanted” him about being in office. We might feel real concern when editors who became hysterical over W’s wholly legal firing of U.S. Attorneys can’t even move themselves to indignation over Obama’s wholesale politicization of the entire Justice Department.

But when the media continue to dance the We’re-Not-Worthy Dance around an administration that seeks to neuter them as an institution, one begins to feel one was too quick to discard some of the weirder theories of Sigmund Freud.

Ah, well. Perhaps, as Katrina notes, we all simply need to change our definitions, and adapt. 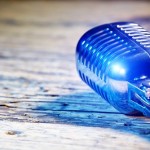 February 20, 2014 Charismatic: The Pope and the Pentecostals are 45 Minutes of FASCINATING - Updated!
Browse Our Archives
Related posts from The Anchoress