A favorite priest calls him “Scary John the Baptist”, and there are my notes on what makes him scary, culled from one great homily:

John’s scariness; he embodies faith at its most primitive; he seems unsophisticated and a little exotic. He is the wild man, of wild places; he is not civilized.

There is in him no facade of civilization or society. He delivers a unfiltered message, one undistracted by the worldly things or the niceties. He disgusts the Sadducees and Pharisees who see themselves as more “nuanced” and polished and educated and therefore wiser.

He is scary in politics and in person yet paradoxically was raised on milk and honey – the perfect food for the pacifist, as no animals have to die. John is not afraid to reach his hand into a hive for food; perhaps John’s wild exterior belies a peaceful oneness with created creatures, or perhaps wild bees and wild men understand each other.

John eats locusts, which are all wildness, and have a connection to one of the great plagues. Metaphorically, this guy is so scary he “eats the plague,” and is sustained, not destroyed. Suggestive of great power and mysterious source.

Jesus and John were delivering essentially the same message, but John was the isolated, anti-social and activist counterbalance to Jesus, who was at ease socially, and more diplomatic. John is the last prophet preaching the scary stuff.

Scripture doesn’t say, but Elizabeth and Zechariah were older parents. Perhaps they died while John was young; perhaps John was even spent some time living with Mary and Joseph, or perhaps he ran off early to the desert. Did he and Jesus play together? Did Jesus learn early on to give his extreme cousin a wide berth?

Prophets are holy; “set apart.” John was prophetic even in the womb, when he responded to Mary’s greeting and the presence of the embryonic Christ.

Scary John does not “work” in society; he’s sort of the “necessary other.” We don’t know how long he lived alone in the desert, but he had to come to terms with his separateness early on.

The silence of Zechariah is nothing but the age of prophecy lying hidden, obscured, as it were, and concealed before the preaching of Christ. At John’s arrival Zechariah’s voice is released, and it becomes clear at the coming of the one who was foretold. The release of Zechariah’s voice at the birth of John is a parallel to the rending of the veil at Christ’s crucifixion. If John were announcing his own coming, Zechariah’s lips would not have been opened. The tongue is loosened because a voice is born. For when John was preaching the Lord’s coming he was asked: Who are you? And he replied: I am the voice of one crying in the wilderness. The voice is John, but the Lord in the beginning was the Word. John was a voice that lasted only for a time; Christ, the Word in the beginning, is eternal.

Why then is John the priest presented by the Gospel as outside the sacred precincts of the Temple and out in the wilderness warning people of the coming of the terrifying day of the Lord and offering a ritual bath to prepare for way for the Lord, a ritual bath that mimicked the one required of the faithful before they entered the Temple precincts? The likely reason for John’s renegade behavior is Herod’s Temple and how it would have been understood as a Messianic pretense, not only legitimizing Herod’s hold on power, but presenting the Idumean as the Messiah himself. Herod ruled over the territories that David and Solomon ruled, and now he had surpassed both by building a Temple that not only held Israel in awe, but the world. Herod had the political savvy to keep his messianic pretensions indirect, but one only had to read the signs presented in his mighty works- he was making himself and his lineage out to be the fulfillment of Israel’s expectations for the Messiah. The audacity of this was not lost on many, including a priest named John: Herod the usurper of Israel’s true kings controlled not just the land, but the sanctuary of the Lord, acts of treason for a faithful Israelite, but a sacrilege as well.

Saint John, Forerunner and Baptizer and cousin of the Christ, pray for us. And pray for Christians under siege in a wild, scary place. 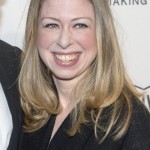 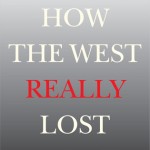 June 25, 2014 Before October's Synod on the Family, Read this Book!
Browse Our Archives
Follow Us!

Gospels—What are They & Why?
The Gospels are extremely different documents, in many ways remote when compared...
view all Catholic blogs
Copyright 2008-2020, Patheos. All rights reserved.