Holy Martyrs of Egypt, pray for us and for your ISIS killers

Then I saw thrones, and those seated on them were given authority to judge. I also saw the souls of those who had been beheaded for their testimony to Jesus and for the word of God. They had not worshiped the beast or its image and had not received its mark on their foreheads or their hands. They came to life and reigned with Christ a thousand years.” — Revelation 20:4

ISIS has discovered one way to bring Christians together. Pope Francis notes:

Speaking in Spanish to an ecumenical delegation from the Church of Scotland, the Holy Father noted those killed only said “Jesus help me.”

“They were murdered just for the fact they were Christians,” Pope Francis said.

“The blood of our Christian brothers is a witness that cries out,” said the Pope. “If they are Catholic, Orthodox, Copts, Lutherans, it is not important: They are Christians. The blood is the same: It is the blood which confesses Christ.”

Pope Francis said that in remembering “these brothers who have been killed simply for confessing Christ,” Christians should encourage one another in the ecumenical goal, noting the “ecumenism of blood.”

Amen. Let us remember the names of 21 new martyrs; let us speak their names in remembrance.

As they now stand amid the white-robed multitudes, and behold the Throne of the Almighty One, let us speak their names in prayer. As they shimmer within the great cloud of witnesses, let us — in the Communion of Saints — ask their intercession before the Lamb.

Let us ponder the increasingly chaotic world in which they were slain; let us consider the people who murdered them, who seem hell-bent on Apocalypse. It feels as though a world full of small fires, public and private, are simply purposeful distractions meant to prevent our noticing a bonfire being built — a coming conflagration.

Therefore, let us ask these new martyrs for their prayers:

O New Martyrs, through a malevolent force as old as Eden you now number among the ancient holy ones; keep us particularly in your prayers, as once again we are focused on the mysterious lands where humanity first came into being, and into knowing, and where all will finally be revealed. Pray that we may put aside all that is irrelevant to the moment and, looking forever to the East, prepare our spirits for the engagements into which we may be called, whether we live amid these places of ancient roads and portals, or in the most modern of dwellings.

I feel insufficient to the task. Add your own prayers in the combox.

UPDATE:
Deacon Greg is naming these martyrs in his Ash Wednesday homily

Related:
The Atlantic: What ISIS really wants: when people tell you what they are about, take them at their word until they prove otherwise.

This article only reinforces for me that the West lacks an essential tool that is utterly necessary to defeat ISIS: Can you guess what it is?

More:
Max Lindenman: “I’ve been warned that wearing a cross openly in Turkey means asking for trouble.”
Catholic Answer: O Saints, teach us what you know.
5 Things You Can Do to Help 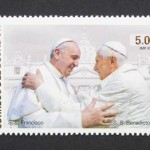 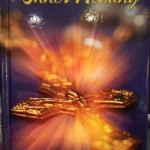