The West Lacks One Essential Tool to Defeat ISIS

Few would disagree. Do not click here unless you are willing to see horrific images of beheaded children, or videos of young men being led into trenches and summarily executed, but their existence — along with news that there are no more Christians in the Nineveh Plains and that genocide awaits ancient peoples — all serve to confirm Crocker’s assessment. Yes, this is evil; this is hell on earth. As I wrote back in July, “The evil of ISIS [sic] is not simply a ‘Muslim evil’. . . It is the same cursed anti-Christ that has raised its head in history before, and been beaten back, only to slither away and arise from a new location.”

The well-funded IS may not yet be equal to the Third Reich in troop size, but the evil that drives it is of a similar scope, ambition and thrust. That being the case, we know that air strikes will likely not suffice. President Obama, in a brief press conference held as he was leaving for a vacation no one should begrudge given what we face, acknowledged that our involvement will be long, but promised it would be limited in nature.

He is perhaps willfully, even understandably, deluding himself because no one wants to see more war; Americans are tired of war, and in general the West, like Bartleby the Scrivener, would prefer not to.

Unfortunately, just as half-doses of chemo will not defeat a cancer, half-measures against “evil incarnate” can never defeat it.

Some pondering all of this might feel a bit reassured, thinking that if we are in for a long haul, a taxing engagement with this enemy, at least history tells us that the studied and militarily mighty West will triumph, once more.

The enemy we are about to engage may show the same viral strain as in the past, but the antibody of the West has shifted significantly since 1945, and may no longer be effective against it. Like the culture itself, it has evolved, and no longer contains one essential component necessary to fight the evil that instigates human savagery on this level, that of a faith; a language and method of engaging with the supernaturalism that lies beneath, and sustains a movement like IS.

Consider that when the Nazis were barreling through Europe, the majority of the western world professed – with no fear of ridicule or of giving insult, anywhere – a belief in something greater than itself. Franklin Delano Roosevelt, and Winston Churchill were conventionally religious men of their times, not overly prayerful. But they were imbued with enough faith to recognize that some occasions called for more than even the most sublime rhetoric; some things called for enough humility to make a prayer of supplication, one calling on the Deity to guide, to bless, to sustain – to, as Lincoln said, have “firmness in the right, as God gives us to see the right.”

Roosevelt led the nation in prayer on D-Day. In Britain, Churchill openly spoke of “a miracle of deliverance”: “A guiding hand interfered to make sure the allied forces were not annihilated at Dunkirk.”

Our post-Christian, post-faith western leadership is no longer capable of making public prayer, or willing to credit heaven with anything but twinkling stars. Former Prime Minister Tony Blair was told by his own government “we don’t do God” and President Obama, who once defined the notion of “sin” as being “out of alignment with my values” would be very unlikely to attempt to lead a nation in prayer.

That will matter as we face IS.

Western culture has become staunchly secular humanist, and believes itself to have figured everything out; there are no longer “things seen and unseen”, there are only things which science has not yet explained. And this is why, as Crocker said, “we don’t understand real evil, organized evil, very well.”

He’s right. And we have been too long in understanding something I wrote long ago:

The fundamentalists who endorse and commit terror believe they are heaven-bound heroes. First and foremost, they “believe.” Their rhetoric of jihad rides the language of faith.

Jihad is not interested in acquiring land, or money, or even control, which faith understands to be illusory. What these extremists want is submission.

This is not “junior varsity” evil. Crocker seems to understand this:

People like Abu Bakr al-Baghdadi,” the ISIS leader, “have been in a fight for a decade. They are messianic in their vision, and they are not going to stop.”

Our president needs to understand it, too, and so does whoever succeeds him, and so does Europe, and Asia and Oceania.

Only the tools and language of faith can comprehend the supernatural origins and depths of this evil — not only comprehend it, but confront it. In London, the black flag of IS was flown from the front gate of a housing unit. Journalists seeking information were threatened, and they eventually backed off; officials were slow to arrive and check it out. One local nun — one, singular – an older woman managing a community outreach center — took it upon herself to remove it, and she did.

Likely, she will have to do it again, and again. Likely, she has made a target of herself, to some diabolically disoriented mind, somewhere.

In the future – in the very near future, I fear — peaceful people of all faiths will need to take that sister’s small, risky move to heart, and follow her example. As Thomas McDonald said, we all did this. We will all have to act. We will have to recognize evil when we see it and be ready to confront it – not without fear, but in the knowledge that there is a power greater than evil, the genuine force for good, into which we may tap. A light that, when met with the black depths of darkness advertised by the flag of IS, cannot be overcome.

We are finally awake to, and witnessing, the first plumes of flame of a conflagration that wishes to devour the world. That our leadership may not yet want to admit it is almost understandable, but IS must be defeated and, as this editorial board recognizes, “it will not collapse on its own.”

It will be up to the people of faith to demonstrate – charitably, and consistently – to the secular West, and to its reluctant leaders, that governments will have to add the missing component of faith to all of its arsenals — military, rhetorical, and diplomatic. Only then will the thing that calls itself IS — in God’s own time, and not without great struggle — crumble before the Reality that proclaims I AM. 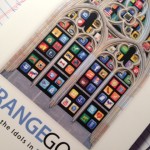 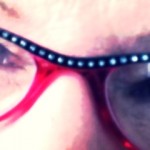 August 10, 2014 What this ridiculously serious world needs...
Browse Our Archives
Related posts from The Anchoress