Others tell me it is “schtick” meant to “make us think” but if that’s what Ann Coulter is serving up with her “charity begins at home” number, she’s doing it badly. Leading people into productive thought shouldn’t involve dragging them through a toxic swamp, where all sorts of rank and dubious detritus may become attached to our thinking.

America is the most consequential nation on Earth, and in desperate need of God at the moment.

And how does she think Americans will be inspired to seek out God? By turning their backs on the needs of people facing horrific realities, and encouraging medical doctors who might help them to move to where the rich people are and preach the gospel to them while cutting their bunions.

Understand, I have no problem with the idea of a Christian doctor preaching to rich people; it’s needed too, for sure. Mother Teresa deplored the spiritual poverty of the West, and all of Christendom benefited from the wealth and connections of Joseph of Arimathea. But it’s a strange, convoluted thinking that denounces a man who feels called to serve the suffering — calling him a narcissist for following that call — and insists that there are “right” and “wrong” people to serve.

And the “right” people to serve are the American people, because they’re the best and most important people! They are, according to Coulter, the light of the world!

If America falls, it will be a thousand years of darkness for the entire planet.

Sorry, Ms. Coulter, but no. There is only One Light and it is not any earthly nation.

Make no mistake, what Ann Coulter has shown us is her Strange God, the one wrapped up in red-white-and-blue. Coulter’s “patriotism” has been placed before the Creator, who will have no god before him. It stands so profoundly between her and the Creator that she can no longer see anything but the stars and stripes, and the mythical “city on a hill”, which looks like heaven to her, its glowing nimbus all that prevents the world from a thousand years of darkness.

When ideologies become our idols — and they are rampant, virulent idols running through our society, at this point — we lose sight of God, and we begin to lose our souls, too. I wrote about this in my book:

“You shall not have other gods besides me.” This meant no gods other than the God that had freed the Israelites. Yes, but it meant something deeper as well. It meant inviting God’s presence—the living, breathing truth of who God is—to reside amid all of our thoughts, feelings, and actions, at all times.

To place something—be it another deity or something more commonplace like romantic love, anger, ambition, or fear—before the Almighty is to give it preeminence in our regard. To become too attached to a thought or feeling or thing is to place it between God and ourselves. When we attach ourselves to something other than God, God’s presence is blocked, unseen, and disconnected from our awareness. The straight line between creature and Creator is then impeded, and—as with most unwise detours—disorientation follows.

Why do people allow their relationship with God to become disoriented? Sadly, the problem usually starts with love.

Coulter loves her country, but she loves it to a degree that has become disoriented, and disordered, too. In the glare of her shining city, she has lost sight of the true light:

And the king will say to them in reply, ‘Amen, I say to you, whatever you did for one of these least brothers of mine, you did for me.’ Then he will say to those on his left, ‘Depart from me, you accursed, into the eternal fire prepared for the devil and his angels. For I was hungry and you gave me no food, I was thirsty and you gave me no drink, a stranger and you gave me no welcome, naked and you gave me no clothing, ill and in prison, and you did not care for me.’ Then they will answer and say, ‘Lord, when did we see you hungry or thirsty or a stranger or naked or ill or in prison, and not minister to your needs?’ Hewill answer them, ‘Amen, I say to you, what you did not do for one of these least ones, you did not do for me.’ And these will go off to eternal punishment, but the righteous to eternal life.”

Simcha Fisher has more thoughts on Coulter’s error, in a must-read post:

Ebola kills only the body; the virus of spiritual bankruptcy and moral decadence spread by so many Hollywood movies infects the world.

Yes, isn’t that just like those benighted third world ninnies? So obsessed with this childish, petty desire to stay alive. Why can’t they think about important matters, like the spiritual state of people watching movies in America? No, all the time it’s, “Wah, wah, my eyes are bleeding” with them. Ugh, foreigners.

It’s entirely possible that the reason God allowed Dr Brantley to get sick in the first place was to give those of us in the “developed” world at poke in the side; a wake-up call that we need to get serious about stopping the suffering in Africa.

Of course, there is nothing new under the sun. Everything Ms Coulter spits out has already been said, and not in a “letter” to the public. The first time, these words of Ms Coulter’s were spoke, they came out in one sentence in a very private conversation.

Am I my brother’s keeper?

The answer to that question is the same today as it was then: Your brother’s blood cries out to me from the ground.

And if you really don’t understand why Coulter’s “schtick”, especially in this case, is a danger to our souls, please consider picking up a copy of Strange Gods. 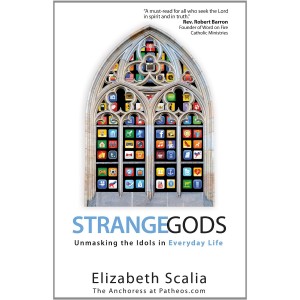 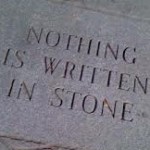 August 7, 2014
Why Does Moral Absolutism Work (Some of the Time)?
Next Post

August 9, 2014 The West Lacks One Essential Tool to Defeat ISIS
Browse Our Archives
get the latest from
Catholic
Sign up for our newsletter
POPULAR AT PATHEOS Catholic
1

What does Juneteenth mean?
Yeah, this is another one of my little blog posts in which...
view all Catholic blogs
Copyright 2008-2021, Patheos. All rights reserved.