I do a full roundup of Nun News every autumn, usually around the Feast day of Saint Therese of Lisieux, and I am beginning to collect for that post now, but these pics are so neat, I thought I’d share them:

The Sisters of Mary, Mother of the Church have a new novice, and she is very cool:

The Passionist Nuns of the Diocese of Owensboro added a second postulant to their young noviate this week.

The Poor Clares of Bethlehem Monastery has clothed yet another novice and celebrated another nun’s solemn vows just days ago. I believe they have two postulants, or three. Very busy!

The Sisters of Life have eight new novices.

The Little Sisters of the Poor have three first professions.

The Dominican Sisters of Mary, Mother of the Eucharist received eight sisters for final profession this week:

Their six new novices received the habit yesterday, and I believe a sizeable group are making their first vows this morning.

Pray for vocations to the priesthood and religious life (I am sure some of my Benedictine brothers and Dominican and Franciscan friends will be giving me headsup from their sides, too!). I’ll have tons more news — tons more — in the autumn! 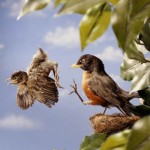 August 1, 2014 Christian Right? Christian Left? It's Great to Have a Christian Anything
Browse Our Archives
get the latest from
Catholic
Sign up for our newsletter
POPULAR AT PATHEOS Catholic
1