Dear Graduate, about that college experience before you…

As I am still grappling with a deadline, I hope guestblogger Fr. Mike gives you, and perhaps your college-bound teen, something to think and talk about:

Congratulations on your graduation, etc. Here is some money; spend it however you like.

And here is some advice; take it for whatever it’s worth:

I understand you’ll be going to a university soon. Here’s something you may learn fairly quickly, as I did: many university professors are hypocritical, narrow, bigoted, weak, cowardly bullies.

This is especially true when they wander from their fields of alleged expertise, but is often manifest even before then.

Give them their due, learning what you can from them, and avoid antagonizing them and you’ll get by. Since they have the power, often it is necessary to tell them what they want to hear; that doesn’t mean you have to buy it.

A professor with an insecure ego cannot avoid the temptation to indoctrinate his students. I hope you encounter the rare exceptions. But most make the error of presuming expertise in all areas based on expertise in one.

And don’t be gulled into mistaking an isolated, telling, fact for a deeper or wider knowledge, still less for a definitive truth. Cherry-picking facts and thrusting them into someone’s face in order to intimidate them is an old sophist’s trick.

And don’t be surprised if you find people presenting old lies as established facts.

This happens all the time. I knew Communist Party members in China that had more intelligence and integrity than many American professors; members in name only, they didn’t buy the propaganda. They had experienced indoctrination from experts. They might be surprised to see that Stalinism has survived chiefly at American universities, notably among the feminists, who have mostly become caricatures of the very thing they despise.

Avoid becoming puffed-up with newfound knowledge. It is a boring commonplace at your age. So much so, that there’s even a word for the condition: sophomoric. The little we learn at a university pales in comparison to what may be known.

Always be willing to pay homage to the ‘democracy of the dead’ — the vast cloud of witnesses who have gone before us.

Be humble, respecting your own limitations and the gifts of others. For to be humble is to be teachable: et qui so humilitatet exaltabitur.

I hope you are, or are becoming, a woman of faith. The university will challenge that. But that is a good thing. You must learn to defend your faith. Many people will sneer at you for it; some will even hate you for it (e.g., some of those professors, again).

You will encounter many ideas that will challenge your faith. Understand, however, that there are no new arguments; they have all been met before. Learn what your faith truly teaches about the world. I am amazed by the educated people I have met who, when their faith was challenged, simply wilted. That is because they had grown intellectually in all areas but this one. Two thousand years of conversation and wisdom, and they were not part of it.

Intellectual cowardice is not an option. Learn from the great minds of Catholic faith. They are many. I can help you with that.

Whatever else you do — no matter what else you do — get to mass frequently. Participation in the prime Mystery will strengthen you in ways you cannot even know.

And pray. You may be surprised to know that prayer works. It does not work necessarily the way we want, for authentic spirituality is not about what we want; it’s about what we need.

Concerning that last point: most people, stupidly, think that freedom means autonomy, i.e., being self-willed and having lots of choices. But at best, that is merely adolescence. True freedom is to do the will of God. For only by doing the will of God do we become the people we are meant by God to be. (A seeming paradox, I know, but the Faith is full of mystery — matters that are deeper than us — which is often experienced as paradox.) True freedom is thus distinguished not by the choices we have, but by the commitments we make, the promises we keep, the obligations that bind us in honor and in faith.

In time you must become a woman of mature faith. Ultimately this happens through the experience of suffering. And sooner or later, that is something we all undergo. But by staying in touch with the Faith handed down to us over the generations –by having, in short, a relationship with Christ, whose Cross alone makes suffering meaningful — you will be able to handle any suffering.

I’m sure you are smart enough and mature enough to know that what the surrounding culture teaches us about sex and love is almost completely wrong. The lives of millions of women and men would be richer today if they had at least had someone to impress upon them the importance of chastity, which is far more than the mere negative virtue of abstinence.

Chastity is about, among other things, integrity. Even so, in time you may make your own mistakes in this area; most people do — St. Augustine famously did. His is one of those great Catholic minds you will never encounter at your university but you would do well to seek out on your own.

So remember that redemption is always available, for God bears no grudges. Keep in mind your basic principles, the values you were doubtless brought up with. Never use other people or allow yourself to be used. Mistake neither sex nor infatuation nor ego-gratification for love. Understand that friendship is foundational.Real love is work, and frequently entails suffering.

Pick your battles; do not make enemies unnecessarily. Avoid the mistake that many people make of investing their egos in their opinions, so that they always experience disagreement as disrespect (e.g., those professors, again).

At the same time, don’t confuse respect for people with “tolerance” — that phony virtue. Stick to your guns, even when people call you names for doing so.

Be true, especially to your friends and family. And remember that kindness is never a mistake; and that the face of the poor is the face of Christ.

Know that your parents are proud of you, as am I. And know that you are in my prayers, that I love you, and have always my friendship, and a place to stay, wherever I am.

The author is a Maryknoll priest, who shared this after writing it for a high school graduate, Class of 2015. 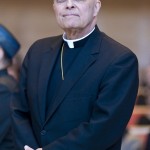 May 12, 2015
Cardinal George: Another "Model Francis", Open to the Spirit
Next Post

May 13, 2015 Snowflake Students: "We're Too Fragile To Be Educated!"
Browse Our Archives
Related posts from The Anchoress

Catholic
Scott Walker and the MSM's Fake Respect for...
The Anchoress 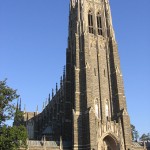