Snowflake Students: “We’re Too Fragile To Be Educated!”

I’m out of here for the day — back to transcribing my book — but wanted to leave this here because it’s just horrific. Indoctrinating professors aside, can real teachers even dare to teach, anymore, with all of these little snowflakes melting around them and incapable of handling anything without being “triggered”? Do they know that life itself is one giant trigger after another, if you indulge yourself?

I have a great fear that if this mindset is permitted to continue, we will find ourselves living amid political and social iconoclasts, who will demand the destruction of great works of art for the sin of being “triggering” or “aggressive” or God-forbid, heteronormative!

Bernini’s Rape of Proserpina takes my breath away whenever I see it; it is myth so incredibly rendered into truth. When will someone take a hammer to it in the name of “sensitivity to rape victims who might have a triggering experience”, rather than allow it to stand as a representative for them, exposing rape’s horror?

And after they’ve destroyed Proserpina, will they then take their hammers to the Pieta, because motherhood is an offensive stereotype and its promotion triggers feelings of all kinds of mother-related psychological trauma?

I mean, this is just ridiculous:

In Columbia University’s student newspaper, four members of the school’s student Multicultural Affairs Advisory Board call on professors to be more sensitive when teaching provocative or controversial material… such as the Roman classical poet Ovid.
…
See, some of the myths Ovid recounts involve sexual violence. Zeus’ daughter Persephone (aka Prosperina), for instance, is kidnapped, raped, and taken as a bride by Hades, king of the underworld. The op-ed writers suggest this ancient Greek and Roman myth is too triggering to be taught in today’s classroom.

Do read the whole thing, because it goes out of its way to distinguish genuine post-traumatic-stress-disorder from trendy talk of “triggering” and also quite sensibly suggests that because someone is made uncomfortable by classic mythology is no justification for a demand it not be assigned.

As Glenn Reynolds notes, even the Victorians could handle the classics. Our future leaders — all “strong women” and “enlightened thinkers” — are actually incapable of navigating anything but the safe harbors of victimhood into which they have been guided and indoctrinated.

Ideas thoughtfully explored? Debate? Critical thinking? That’s all too threatening to worldviews that have become so shrunken, narrow, parochial and self-interested that they could almost be mistaken for…wait for it…reactionary, know-nothing, provincialism.

I’m so glad my kids are out of the college environment and were swayed by this crap, not at all.

Because we live in an era where one must first “qualify” before one may opine, I guess I should say, “as a victim of repeated, sometimes violent sexual abuse”, I find this trend toward calling everything “unsafe” and immobilizing to be really, a bit much. As an actual strong woman, I call it insulting.

And to quote a friend of mine: “Triggering is a real thing in mental illness and trauma, and their trivial use of it to describe their fear of the outside world is offensive.”

I wonder if they can become sensitive to that?

They are saying that race and class are themselves implicitly traumatic and need to be approached as one would a true mental illness. They’re saying that being non-white or poor is a kind of disability that requires special accommodations. Am I the only person who sees that as grossly offensive?
Here’s the deeper problem: triggering is a real thing in mental illness and trauma. A trigger can lead to serious psychological and physiological effects, trawling up memories that haven’t been properly dealt with and leading to anxiety attacks. Anyway who understands anxiety knows this to be true.
However, a victim of violence who is triggered so easily and frequently is suffering from post-traumatic stress disorder and needs serious counseling and medication. If they try to assiduously avoid any and all potential triggers, then they are not engaged in healing. They are engaged in avoidance. Indeed, avoiding “triggers” is a way of avoiding coming to grips with the problem, which has the effect of worsening the PTSD.

The answer is not to reshape the public square to accommodate them, because literally anything (a color, a smell) can be a trigger. Trigger warnings exist only to claim public victim status and reshape the debate.

Meanwhile, Mark Judge is leaving the Catholic Church because it doesn’t support Catholic art. If we’re going to be under the power of Ideological Iconoclasts, we’ll need new stuff! Thank heavens for Daniel Mitsui!

Related:
Father Mike: Dear Graduate: About that College Experience Before You…

Tom McDonald: The Future Church, According to Benedict

May 13, 2015
Dear Graduate, about that college experience before you...
Next Post 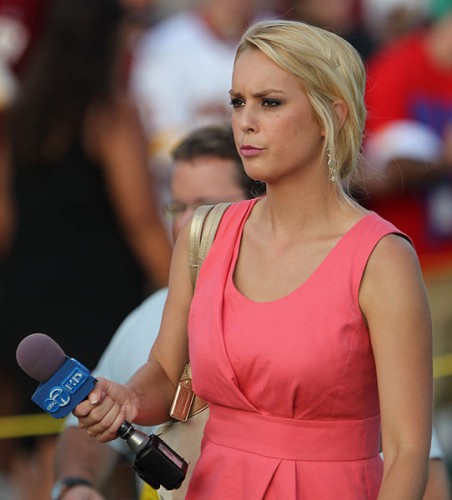