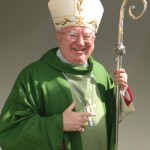 This is really good news. In a letter to the priests of his Rockville Centre diocese — that would be Long Island, east of Brooklyn and Queens, (population 7.5 million, 1.7 million Catholics) — Bishop William Murphy writes:

It pleases me to write you on this Solemn Feast of the great Apostles, Saints Peter and Paul. You and I share their zeal for the Gospel, and are renewed each year in this great celebration. . . .The preparation for the Synod of the Family, in the fall, has led me to consider ways here [in our Diocese] to help people — particularly those Catholics married outside the Church — to be reconciled to the Church and to live fully in the Communion of the Church.

…I have decided to eliminate all fees (except for a $100 registration fee) for those individuals seeking a declaration of nullity. The purpose of the registration fee is simply to some some level of commitment to pursuing the case, before the Tribunal staff expends a significant amount of work on it.

At present, the fee of $1,100 only partially covers the cost of maintaining a professional office of canon lawyers and support staff, and other expenses involved in processing the cases. The rest of the cost is subsidized by the generosity of the people of the Diocese. While the fee has always been waived for those who could not afford it, the very existence of a fee discouraged others from applying. By taking this step, and by planning appropriately for the Tribunal budget in the coming year and beyond, I hope and pray that those who have been unable or unwilling to seek a declaration of nullity will now be more willing to do so…

There is more, but I haven’t been able to find an online source yet — I’m pulling this from my parish bulletin. I will link to whatever finally becomes published. Nevertheless, this is good news, and I applaud Bishop Murphy for taking a step toward making the often arduous (but always, often very healing) annulment process a bit more accessible to people.

Mary DeTurris Poust has written effectively, about that healing:

As I reflected on my childhood, my own parents’ marriage, my dating experience, my family life, and, of course, my relationship with my ex-spouse, it became clear that the idea of annulment wasn’t some Catholic version of divorce, as I had originally suspected, but a thoughtful and careful process designed to peel back the layers of my life and my marriage to reveal what was—or was not—at play the day I walked down the aisle.

As soon as I was able, I submitted my paperwork and asked my aunt and my step-mother to serve as my witnesses. I went to the tribunal to give my oral testimony. I called constantly to check on its status. When the final declaration of nullity came through a year after I began, I felt a real sense of relief, elation, and closure—something my civil divorce could not provide. I felt whole. 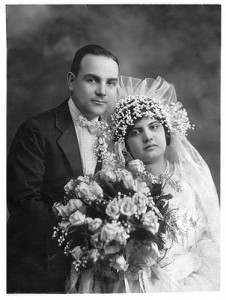 Lots of Catholics (and almost all non-Catholics) misunderstand the whole concept of annulment. An annulment does not mean that a marriage “never happened” as some still believe. It means that the sacramental aspect of marriage was in some way interrupted, and the sacrament itself, therefore was never imposed.

I have one friend whose annulment was declared on the basis of the ex-spous’s testimony that she had never loved him, but had simply wanted him to take care of her. Another friend’s annulment was awarded after her husband testified that he lied during the part of the Rite that asks whether the couple would accept children; he had never wanted them. Another was granted when the ex-husband confessed, “yep, I’m gay, and never told her.”

Basically, if you’re lying during your marriage ceremony, you’re rendering your whole marriage unsacramental: the graces conferred by Almighty God, who is All-Good, and All-Truth, cannot come to rest upon a lie.

That’s really all an annulment is: a declaration that a spiritual hitch in the proceedings means the sacrament was not bestowed, and therefore, the marriage itself is null and void. It’s not a “fail” — it’s an incomplete — and both partners are free to remarry within the Church, hopefully strengthened and informed by what they have learned about themselves during nullity process.

Good for Bishop Murphy in making this rule. I’m hopeful that per upcoming Synod, the US Bishops will permit annulment processes to begin, even before a civil divorce is final, and that the people talking the most about admitting divorced/remarried Catholics to Communion will actually start to discuss annulment reform, and the importance of a declaration of nullity as they make their arguments.

UPDATE:
Rocco Palmo, who basically knows everything about the Church in America, tweets out a factoid:

Also, this list of similar diocesan decisions via silicasandra, in the comboxes! Thanks!

Annulments, Divorce, We’ve Got it All Backwards!
Brainstorming Solutions
Bishop Tom Collins, on the subject
The Annulment Process is a Right and a Healing
Rethinking Divorce in Francis’ Church 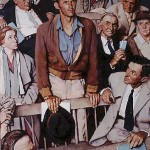 July 7, 2015 Summer Reading List for 2015
Browse Our Archives
get the latest from
Catholic
Sign up for our newsletter
POPULAR AT PATHEOS Catholic
1

Pope Francis: Give Disabled the Sacraments
Through Catholic Lenses
Related posts from The Anchoress

Catholic
Child Breaks Host in Half to Share With...
The Anchoress