A Simple Question for Nancy Pelosi

Patheos Explore the world's faith through different perspectives on religion and spirituality! Patheos has the views of the prevalent religions and spiritualities of the world.
I barely get to read news, anymore, but I stumbled across this interesting exchange between Nancy Pelosi and a reporter:

The reporter sparked the exchange by asking: “Is an unborn baby with a human heart and human liver a human being?”

“Why don’t you take your ideological questions…I don’t know who you are, and you’re welcome to be here and freedom of this press,” Pelosi said. “I am a devout, practicing Catholic. A mother of five children. When my baby was born, my firth child, my oldest child, was six years old. I think I know more about this subject than you, with all due respect.”

Pelosi then said she did “not intend” to answer the question. It wasn’t immediately clear which news outlet the reporter was representing.

It must be unimaginably difficult to deliver your fifth child when your oldest is a six year old. As a mother, I more than recognize that, and I truly hope Pelosi had some sort of support system to help her.

But Pelosi has often used that story to defend her 100% NARAL approval rating and her unconditional support of Planned Parenthood. The next time she does, a reporter needs to ask the right question, which is simply this: “which one of the five could you have done without?”

Another question, but it would be a little mean, might be, “why do you use your children as justification for abortion?”

September 17, 2015
The Thrill of the Chaste, and the Mystery of Agape Love
Next Post

October 15, 2015 What Pope Benedict Wrote about the Shroud of Turin
Browse Our Archives
get the latest from
Catholic
Sign up for our newsletter
POPULAR AT PATHEOS Catholic
1

Render Unto to Ceasar ... What...
Public Catholic
Related posts from The Anchoress 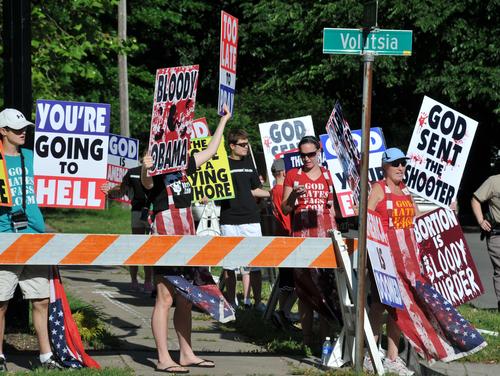 Catholic
Baby Screaming After Gosnell Abortion: only of "local"...
The Anchoress

Catholic
In which I agree with Planned Parenthood!
The Anchoress
TRENDING AT PATHEOS Catholic

Problem of Evil & of Good: Great Dialogue...
This began when "axelbeingcivil" started the discussion on my blog, on 7-7-21....
view all Catholic blogs
Copyright 2008-2021, Patheos. All rights reserved.