In which I agree with Planned Parenthood!

In which I agree with Planned Parenthood! March 6, 2013 Elizabeth Scalia

Planned Parenthood is unhappy with these New York City-sponsored ads.

What would those “alternative aspirations” be, exactly? “Keep having teen sex, just make sure you have an abortion if you get ‘punished with a baby’?”

I’m not sure how one “intends to create shock value,” perhaps that’s just bad grammar, but the city argues that it has spent tons of money on “teen access to health care, birth control and high-quality sexual and reproductive health education” and has been spending it for years. Meanwhile, in New York City 40% of all pregnancies end in abortion and in minority neighborhood that climbs to 60%, so obviously all of that free birth control and sex ed has contributed to Planned Parenthood’s coffers.

The reproductive rights group praised those efforts to expand access to birth control – but said the city has gone off track with the latest campaign, which also features “choose your own adventure” style text messages sent to teens who sign up.

“Teenage parenthood is simply not the disastrous and life-compromising event these ads portray. It’s time we focus on the root causes rather than point fingers at teen parents and their children,” Morales said.

There is a huge irony here, isn’t there? On one hand, PP says “more access, more education, more birthcontrol” (and of course broad-access to abortion) are necessary; in the next breath they say “teen parenthood is not a life-compromising event!”

I completely disagree with Planned Parenthood. The “root-causes” have amply been addressed for several decades.

But I do agree with then in this respect: these ads stink. Why wouldn’t a pregnant teen reading them think, “boy, that sounds pretty bad; I’d better have an abortion!”

Planned Parenthood is right that “shame” and “stigma” should not be attached to teen pregnancy; as long as they are, abortions will always be an “alternative aspiration” to some.

They’re wrong, though, with regards to the ads: I don’t see them “shaming” and stigmatizing teen parents, but as sounding a wake-up call to teens that sex has procreative consequences.

But whether that wake-up call will result in teens having less sex, which appears to be PP’s worry, or will result in even more abortions — which is my worry — we will not know for a while.

March 6, 2013 A Pope to give the Church a Youthful Face, Faith and Energy?
Browse Our Archives
get the latest from
Catholic
Sign up for our newsletter
POPULAR AT PATHEOS Catholic
1 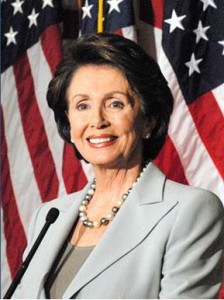 Catholic
A Simple Question for Nancy Pelosi
The Anchoress