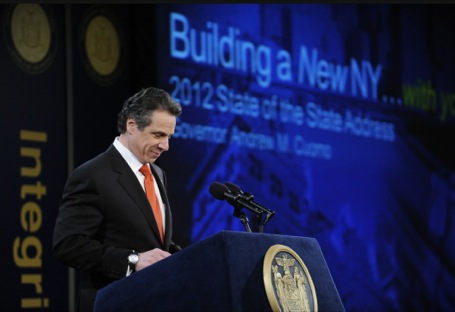 Every year on the anniversary of 9/11, I find myself thinking of 9/12: September 12th, 2001. The day after. Waking up. Looking out the window. Seeing the beautiful late summer sky that morning, just like the morning before. From all appearances, nothing had changed.

But, in fact, everything had changed.

Over a decade later, we are still grappling with how that day in history changed so much.

We tend to focus on that date as being most significant. And it is. But then there was the 23rd. The day after the Supreme Court decision on Roe v. Wade, the world didn’t look different. Life went on.

But now, as we mark the 40th anniversary of that event, we are able to see more clearly just what happened. Everything shifted. In many ways, we are living in the world of January the 23rd. It is forever the day after. And nothing has been quite the same.

Let me count the ways.

1.2 million abortions a year – roughly double the number of 40 years ago.

In New York City today, 40% of all pregnancies, nearly half, end in abortion.

And that’s just the beginning. To some, it seems, that’s not enough.

In Albany two weeks ago, the governor of this state proposed an abortion bill that threatens to make New York the bloodiest state in the union.

It would permit unlimited late term abortion on demand – right up to the ninth month.

It would allow people who are not doctors to perform abortions.

It would declare that the “state shall not discriminate” against the right to abortion, a declaration that could threaten the very existence of Catholic hospitals. Long Island alone is home to six hospitals that could be crippled by having Medicare funds withheld if they refuse to comply.

If enacted into law, this bill would declare that abortion is a fundamental right that cannot be denied. No parental notification for minors, no limits on taxpayer funding of abortion, no limits on late-term abortions.

When the governor announced these proposals during his address, the audience cheered.

We have reached a point where the killing of innocents receives a standing ovation.

When killing is seen as a viable option, and cheered in the halls of power, we cannot be quiet.

When scraping a child from the womb is a routine event for half the women in our city, we cannot be quiet.

When our leaders advocate laws to make death more accessible, and murder more manageable, and when living and dying are now merely a matter of choice, we cannot be quiet.

How did we get here? Have we been too passive, too complacent, too accommodating? Maybe. Maybe we have told ourselves too often, as so many have, “Well, I’m personally opposed, but I don’t want to force my religious views on someone else.”

Maybe we haven’t noticed that there aren’t as many children anymore with Down Syndrome, because 90% of them are being aborted.

It’s been there all along. We just haven’t noticed.

In the gospel today, we encounter the first miracle of Jesus, changing water into wine at the wedding in Cana.

It is a miracle of transformation, of conversion. It shows what Jesus does: he makes the ordinary extraordinary. He changes everything.

I can’t help but think that there is something in us— in our culture, in our values—that needs changing. Desperately.

Recall the timeless teaching of the gospel:

“Whatever you did to the least of these,” Christ said, “you did to me.”

Think of what is being done to Christ 1.2 million times a year in this country alone.

That is what we need to change.

When you get home, visit the New York State Catholic Conference website. Read the details of this bill for yourselves. With a few keystrokes, you can find the representative serving your neighborhood and learn how you can make your voice heard.

But before we do that, there is something else much more fundamental that we need to do. And that is very simple.

We need to pray for our leaders, yes.

But we need to start with people even closer: ourselves.

Pray for courage. Pray to stand up for what is right, even when everyone else tells us we are wrong. These days, especially, there is no shortage of people eager to do that.

And: pray for change – in our world and in ourselves. Prayer’s power lies not only in asking God to intercede in the events of our world, but in asking Him to intercede within us—asking Him to make us what He wants us to be, and then embracing that with gratitude and with faith.

If we pray for that, our potential is limitless. We may become a holy people – and we may begin to make a holy world. And that is where real change begins.

How has the world changed since 1973?

We know the answer.

And we will be able to say it is so because we had the will, the desire, the faith to make it so.

The miracle at Cana reminds us: An encounter with Christ changes everything.

Look at what he did with water.

Imagine what he can do with each of us.

And then imagine what that might mean for the world.

FOR MORE: Visit the USCCB website and take part in their novena for life.  Or just click on the ad in the top right hand corner of this blog.

January 19, 2013
Pope to start tweeting in Latin
Next Post

January 19, 2013 Closed abbey searching for another religious group to take it over
Browse Our Archives
Related posts from The Deacon's Bench