“I Hate Youse All!” Uncle Charlie, Christmas & That Generation

Christmas day never comes without my remembrance of “Uncle Charlie”, a family friend who once appeared on our doorstep, decked out in all of Santa’s raiment and tripping in his boots only slightly. He had apparently been Santa for a party at the local soup kitchen (or the local bar; this was never clear to me) and — just a trifle in his cups — had decided during his walk home that he would stop at the houses of his friends and give all the kids “a treat.” And if the friends wanted to toast the season with him, all the better.

By the time “Uncle Charlie” reached our house, he had toasted the season well into the next decade, and as he sat in the kitchen, his shirt unbuttoned against the heat, a wee dram in his big paw, he clucked at the few children to be found in our house and then, grinning from ear-to-ear, said, “I hate youse all!”

We didn’t take it personally. My family, and their circle of friends, were always fans of self-denigrating irony. The joke, of course, was that Santa Claus could never hate anyone, but if he could, he’d hate us all.

Of course, there is a very thin line between hate and love.

But in truth, that was some of the merriest hate I’d ever encountered. And when “Uncle Charlie” buttoned up his Santa tunic to finally go home — or to wherever the next drop would do him — he made those bustling old man sounds and breathed his whiskey on us (not yet stale, it was a good, strong smell) and said, “ah, I love youse all! Merry Christmas to youse.”

I miss that generation — the folks who said, “youse” for “all of you” (a leftover from the Scots-Irish “ye’s”) and who would go on an occasional toot with the understanding that it was not an everyday thing, and no indicator of a breakdown of the social order, but just a gentle tippling among friends — a buzz alighted, and meant to bring a good sleep.

That was the generation that went through the depression, fought the second World War, and then came home and buckled down to the timeclock, the commute, the scaffolding — they worked hard to give their children “everything I never had as a kid…”

Then they ended up watching, stunned, as their hula-hooping, coonskin-cap wearing children — materially indulged and graced with unprecedented access to education and opportunity — decided that everything that came before themselves must be subjected to the opaque lines of their enlightenment; must endure “deconstruction” in order to be made pure.

A whole theological and sociological treatise could be written on the the struggling Greatest Generation, their self-celebrating Boomer children and the transformative dynamics of prosperity, ego, and materialism, when overembraced. By 1968, or so, the elders had learned a great lesson, but — too late — they were unable to impart it to the next generation, which had already stopped listening.

The lesson was a simple one: everything comes at a cost, including prosperity, and almost none of it will fulfill you, save authentic love, which requires very little in terms of acquistions or things, but much of oneself. “Use your time, and your love wisely,” they might have told their know-it-all children, “because the first is fleeting, and the second is fundamental. Waste your time, and you cease to be what you were born for; waste your love, and you simply cease to be, because you have built nothing upon which to serve anyone, or anything. Your ‘deconstruction’ is an oxymoronic illusion — a euphemistic license to tear down and serve only the self, the times, the trends. It is a building up of what is only empty; of sterile nothingness.”

Had he encountered the language of “deconstruction,” dear old “Uncle Charlie” would likely have shrugged and turned back to the bar, rolling his eyes. In his gut, he would have understood that such a “five-dollar word” had nothing to do with the simple warmth and generosity with which he lived his own unglamorous life.

Words that actually mean nothing eventually fade, to be replaced by other words that also mean nothing, but manage to fool generations before they are found out.

What remains is the Word — the Incarnate Word which consents to build and then sustain; its Constant Reality serves everything, in Authentic Love.

Preparing to contemplate, in my limited way, that unfathomable mystery, I wish youse a Merry Christmas, and hate youse all, very much!

December 28, 2015 What Would Pope Benedict or the Psalmist Say About THIS Music?
Browse Our Archives
Related posts from The Anchoress 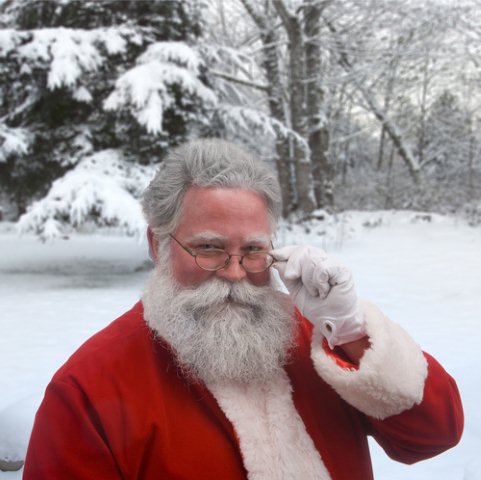