While doing research for my book, I came across this article from the Catholic News Agency: Pope Francis lauds testimony of working mothers.

I have no idea how I missed this when it was originally published! It posted during a time when I was struggling with my vocation as a Catholic mother who worked; in fact, barely a month later I founded the Catholic Working Mothers Facebook group.

In his remarks — the source of which is here — Pope Francis said:

Another challenge emerged from the voice, of this good working mother, who also spoke on behalf of her family: her husband, her young son and the baby she is expecting. Hers is an appeal for employment and at the same time for her family. Thank you for this testimony! In fact, it is about trying to reconcile working hours with family time.

This attempt to balance working hours and family time “is a ‘critical’ point that allows us to discern, to evaluate the quality of the human economic system in which we find ourselves.”

I was thrilled to read these words of Pope Francis, especially for those of us who are struggling to find that balance. It’s notable, isn’t it, that he took the fact that the mother was employed as a matter of course? His comments didn’t say that she should find a way to stay at home or to reduce her workload; instead, he placed the onus on the state and on employers to help families balance work life with family life. I found that tremendously encouraging.

Per the CNA article:

Concluding his address, the Roman Pontiff thanked the university personnel for their gift of a painting that represents motherhood, stating that “Motherhood involves labor, but the pain of childbirth is oriented toward life, is full of hope.”

There’s also video of Pope Francis’ address, and you can watch that here. (I tried to embed it, but my computer wouldn’t cooperate.) 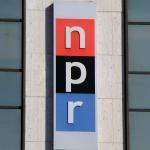 July 5, 2018
NPR Can't Get Basic Facts Right When It Comes to Catholicism
Next Post

July 12, 2018 Saints Zelie and Louis Martin, Pray for Us!
Recent Comments
0 | Leave a Comment
"We dont know if Mary was married at the time she assisted with Jesus's ministry ..."
Thunder Thumbz Fr. Ripperger Reduces Fathers to a ..."
"I see a lot of angry, stung consciences in here. (Shades of Eve) And all ..."
Rebecca Fr. Ripperger Reduces Fathers to a ..."
"BBB is just yelp for old people. Reporting something like this to them is meaningless."
Ejdjss ThoughtfulGiftCards.com – Is It a Scam, ..."
"This article is spot on. I am currently struggling with the fact my daughter was ..."
Liz Shukie Borst Stop Holding the Sacraments Hostage: Confirmation
Browse Our Archives
Follow Us!