Why Is The Federalist Using Talking Points from Pro-Abortion Propaganda?

A friend sent me a link to an article at The Federalist decrying the new paid family leave proposal presented by Republicans. I’m not well-versed or educated enough when it comes to the economic factors to have an opinion as to if their proposal is a good one, fiscally or otherwise. However, I was deeply and profoundly disturbed by the anti-life, pro-abortion messages pervading this piece.

The Federalist is usually a stalwart pro-life advocate, but this piece is rife with what in any other context would be pro-choice propaganda. Even worse, it’s written by the executive editor of The Federalist, who really should know better. Et tu, Brute? (Appropriate that this was published on the ides of March…)

What’s Up with the Pro-Abortion Propaganda?

Right off the bat, the article starts off with a false premise:

Paid leave programs operate on the assumption that working full-time away from their family ought to be the default for mothers of very small children. In fact, that life arrangement is devastating to children and society.

It does? I thought paid leave programs operate on the assumption that it’s healthier for working mothers and their babies to have a long stretch of time together to facilitate recovery from childbirth, bonding, and establishing a healthy breastfeeding relationship., and that it’s very beneficial for newly-postpartum mothers to have their partners available to help them as they recover.

The following passages show where Pullman seems to be taking a leaf right out of the page of the Abortion Rights Advocate Handbook:

When taxpayers pay for what should be individual and family responsibilities, they make it easier for families to choose disintegration rather than faithfulness. […]

Babies don’t generate spontaneously. They are made by a man and a woman together, and they are owed provision from that same man and woman. There is simply no other way to have a well-functioning society. All the other mothers and fathers owe provision to their own children, and prudent families should not be plundered to subsidize imprudent families.

Do you wonder why abortion rights advocates like to claim that pro-lifers only care about children before they are born? The italicized portion is one prime example. “You got pregnant unexpectedly? You live paycheck-to-paycheck and there’s no possible way you can save enough money in ~40 weeks to cover six to eight weeks of unpaid leave? Your extended family is similarly poor and unable to help? Sucks to be you! Shoulda thought of that before you opened your legs/unzipped your pants.”

That is the implication of that mindset. We want you to choose life, but we’re not going to help with you with any expenses after the birth, because you shouldn’t have gotten pregnant in the first place!

When my husband and I had our first child, we were poor. I was working full-time but only making around $10/hour; my husband was a full-time college student. We were Catholic, open to life, and felt a call to become parents. Per Pullman, we were apparently stupid and irresponsible to heed what we genuinely felt was God’s will for our lives. Is that the message pro-lifers want to send? “You shouldn’t have a baby unless you are financially solvent enough to pay for six to eight weeks of leave.” The last time I checked, that was more of a pro-choice perspective, not a pro-life one.

Children need their own biological fathers married to their own biological mothers and committed to personally keeping that family safely afloat through hell or high water. Three months of living expenses is nowhere close to hell or high water. It’s far less than the bare minimum a society should be able to expect adults to provide for their infants.

Where on earth does she live where it’s EASY to save up three months of living expenses? I know that six months is the ideal, but how many families can actually do this? What if a couple saves up three months of living expenses, but the baby comes prematurely and you end up with massive hospital bills? Or one of your other kids has a medical emergency that racks up hospital bills? Or your husband loses his job when you’re eight months pregnant?

Why the Beef with Working Mothers?

Later on in the piece comes her screed against working mothers:

Bringing a child into the world changes a woman’s entire life. There is no going back. Funding up to three months of paid leave lies to America’s women that a baby is just a little pit stop in the race of life. Drive into the hospital, squeeze out the baby, go home for a few weeks, find yourself a daycare for your three-month-old, then go back to work like nothing ever happened except now you have more bills and cuter pictures to post on Facebook. This is not good for families or kids. […]

Even the very terms we use do this — “leave,” like a woman’s most important mission in life ought to be producing widgets for strangers rather than contributing to the nation’s long-term happiness by raising a flourishing family, as if a mother needs to get permission to suspend her “duty to the state” to produce taxable products at a frenzied pace.

“Like nothing ever happened?” What? This paragraph is so incredibly tone-deaf, insensitive, and out-of-touch that I was unsure if the person writing it even had kids. However, she continues, “Look, I’ve been a working mother all throughout having our currently five kids. I am not against mothers working by any means.”

Oh really? You could have fooled me!

I’m going to assume that she doesn’t work outside the home and never has, because no mother who has cried her eyes out after dropping her child off at daycare on their first day back (as I have, six times) would EVER write a paragraph as asinine as the above. But don’t take my word for it; you can also ask the 6,000+ members of Catholic Working Mothers.

Many of us feel like our hearts are wrenched right out of our chests when we go back to work. It’s HARD. It’s hard and we don’t want to to do it, but we HAVE TO because otherwise our families will be homeless and starving. That isn’t hyperbole, it’s fact. For example, I worked outside the home for 13 years, and without my income we could not have paid either our rent or, later, our mortgage. I worked outside the home so our family wouldn’t have to resort to welfare — so we could be those independent, responsible families she says we should be.

Apparently I was damned if I do or damned if I didn’t. I was wrong to work because it was bad for my kids to be in daycare, but if I hadn’t worked, I was wrong because it is irresponsible to accept government aid to get by. Which is it? Make up your mind!

FYI, we don’t blithely dump our kids at daycare and skip off into the sunset with nary a thought to their well-being, and it’s incredibly insulting to assume that we do. What is NOT good for families or kids is to try and force families into a cookie-cutter mold due to misplaced morality. Families need to do what is best for them according to their own unique circumstances.

And don’t get me STARTED on the insinuation that working mothers are merely unimportant low-paid factory drudges producing “widgets.” We are doctors and nurses and social workers. We are teachers (some in private Christian or Catholic schools!) and therapists and engineers and bankers and financial advisers. We contribute to society, and society greatly benefits from our contributions. As Pope John Paul II said,

Thank you, women who work! You are present and active in every area of life-social, economic, cultural, artistic and political. In this way you make an indispensable contribution to the growth of a culture which unites reason and feeling, to a model of life ever open to the sense of “mystery”, to the establishment of economic and political structures ever more worthy of humanity.

She adds cites a few studies about how children need their mothers for the first three years, but somehow fails to mention the other studies showing the opposite. (That’s only one of many.) This is far from settled science.

Another claim she makes against paid leave is that taking maternity leave hurts women’s careers. Sexism in the workplace is a problem… so let’s enable it further! Who needs women doctors or teachers or other professionals, anyway? It’s not like any women HAVE to work to support their family.

And let’s examine the decidedly un-pro-life message this mindset promotes: If you have a career and you find yourself unexpectedly pregnant, remember that taking maternity leave is going to hurt your career! Better abort instead.

Pro-lifers, if we want women to choose life, we MUST NOT do this. We MUST NOT denigrate the work that women do, or tell them that they are irreparably harming their children by choosing to work, or tell them that if they have financial difficulties due to choosing life, it sucks to be them and they are on their own. That is not a pro-life attitude. We want to empower women to choose life in every situation and in every circumstance, not tell them they can’t be a good parent unless they fit into a particular mold and are 100% financially solvent at all times.

The Federalist, you can and should do better than this. If you have issues with the economic ramifications of paid family leave, focus on that instead of using it as an excuse to attack working mothers and poor families with abortion-minded language and philosophies.

[Also, it’s unrelated to the article content, but I have to say that the stock image used for this piece is almost giving me hives. It features incredibly unsafe bed-sharing practices. Get those fluffy blankets and pillows away from that baby! Eeeek!]
Previous Post 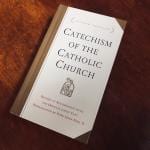 March 12, 2019
Common Misconceptions: The Difference Between Grave Sin and Mortal Sin
Next Post 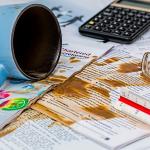 March 22, 2019 Does Paid Parental Leave Cause Fertility Rates to Decline?
Recent Comments
3 Comments | Leave a Comment
"I think this is an area that deserves lots of attention and scholarship, so I ..."
S. R. What Does the Catholic Church Teach ..."
"Just a quick comment, I have heard this talk from Father Ripperger. He states that ..."
Aimliz Fr. Ripperger Reduces Fathers to a ..."
"Wonderful article! I've heard the arguments of those who insist on restraining women's gifts and ..."
CagOC What Does the Catholic Church Teach ..."
"Well my kids are grown now so no, it's not "an issue" for me. And ..."
CagOC Fr. Ripperger Reduces Fathers to a ..."
Browse Our Archives
Related posts from The Catholic Working Mother