… I have to get it all out of my system before I can properly proceed with blogging. If I don’t, I’ll simply die. So if you haven’t seen the finale yet or even parts of Season 2 – look away now. 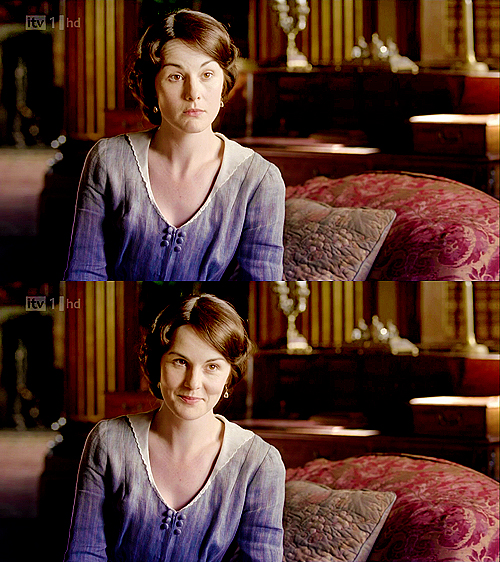 Those eyebrows. My Goodness. Mary’s eyebrows could act for her; she’d need no script. If it weren’t for their wide range of expressions Season 2 might have been a total wash. I tuned in just to watch them twitch across her forehead episode after episode… it was hypnotic.

Let’s pray I resist the urge to try and replicate the look on my own face because I fail to learn from past mistakes.

Season 2, you failed me. Finale, you let me down even further! No No No, Lady Mary does not deserve to end up with Matthew. She deserves to live miserably ever after with Sir Richard and reap the life she sowed. In fact, Season 2, you were better suited for regular daytime TV then the erudite programming of Masterpiece Theater.

If I wrote Downton Abbey Season 2 …

1- Sir Richard would have had a hand in the appearance of Peter/Patrick Gordon. Matthew would have been missing in the war for much longer and Peter/Patrick’s arrival would be timed accordingly. It would be Sir Richard’s grand scheme to dethrone Matthew as the heir. And amnesia, really? Amnesia!? Ok, who let the writers of General Hospital on the set?

2- Sir Richard would also be responsible for Vera Bate’s death just to spite the family and cause more scandal. He would have promised the family protection and saved Bates from prison and the gallows so that Lady Mary would be indebted to him forever. And ever.

3- Thomas would have gone on to be Sir Richard’s valet and the three of them; Richard, Mary, and Thomas, would make the unholy trinity. Mary would come to tolerate Richard and the two would become an Evil Power Couple causing the ruin of anyone who dared cross them.

4- Lavinia never would have been in the series. Matthew would have started to have feelings for Sybil after he rescued her from that melee and nursed her bruised head. Mary would then turn her venom on Sybil with the aid of Evil Richard.

5- Isobel Crawley would have died of influenza – just because she annoys me.

6- Branson would have immediately been dismissed from the household after his vile soup concoction instead of making viewers suffer his constant whining and pining in the Grantham garage.

7- All the soap opera theatrics would have been canned. Part of the reason so many people fell in love with the characters was their ability to maintain a stiff upper lip in the most dire of circumstances, often to comical results. Season 2 was far too melodramatic and, dare I say, emo. Especially I-Don’t-Deserve-Happiness Matthew. Good Lord, man up ole chap. 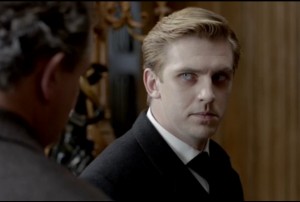 Dry your eyes, Matthew. At least you can be “properly married” now.

8- Oh, and I would make kind and loyal Carson Mary’s real father, conceived during that first awkward year of Robert and Cora’s marriage. It would explain his devotion to her.

9- I would have also given Branson to Edith instead, if just to shut up her crying, and they would have had a big fat scandalous Catholic wedding in Dublin.

10- and the whole thing would have ended with a fantastic duel on the front lawn of Downton Abbey – The End.

Words of Pope Francis at Prayer...
Labyrinthine Mind
Related posts from The Crescat 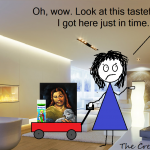