Still Underwhelmed but Malkin Made it All Better…

… I’m sure you all have been deeply concerned to know how the Obama sand sculpture was holding up with all this rain. Needless to say, it is slowly washing away. Oh, ironies. 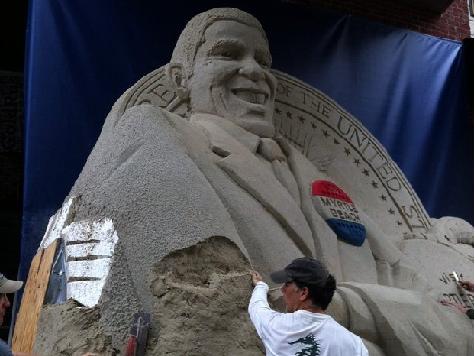 I tried to get a photo of it last night but it was covered to protect it from further damage. There wasn’t much to report from yesterday. It rained, which kept many people away, including protesters…. some are reporting the numbers to be around 700-800. Never mind that 450 of those present were reporters. 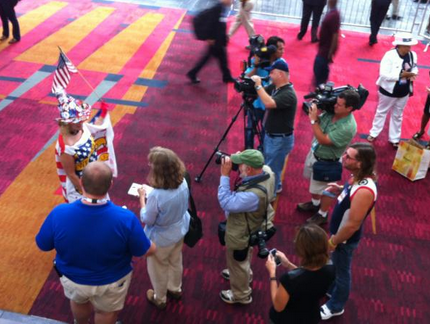 And the police presence. I’m not really sure what everyone was worried about. Those Occupy folks? I went to their tent camp last fall and joined one of their meetings; a meeting on how to effectively have a meeting. So yeah… no real threat there.

On two occasions, protesters attempted to be disruptive by sitting and locking arms outside of corporate headquarters, but police took no action. About two-dozen sat for about 10 minutes in front of Bank of America’s skyscraper before moving on. They had the phone numbers of lawyers written on their arms.

To be fair, anyone with a dissenting opinion was made to jump through bureaucratic hoops, which included a “random” lottery, and not permitted within 2 city blocks of any DNC event. 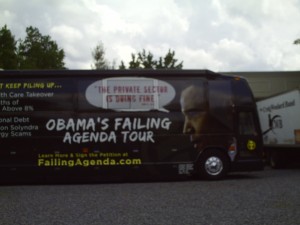 They both gave fantastic speeches which you can hear here. Now here is a really bad, blurry photo of Michelle Malkin and I. 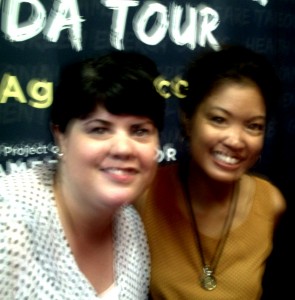 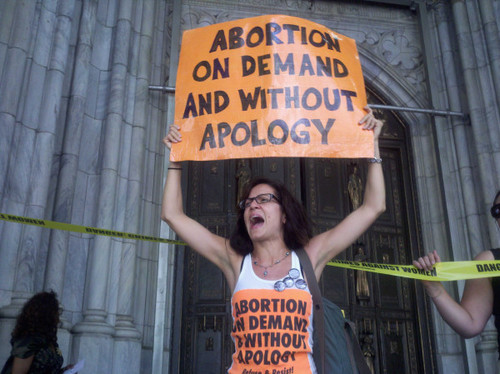 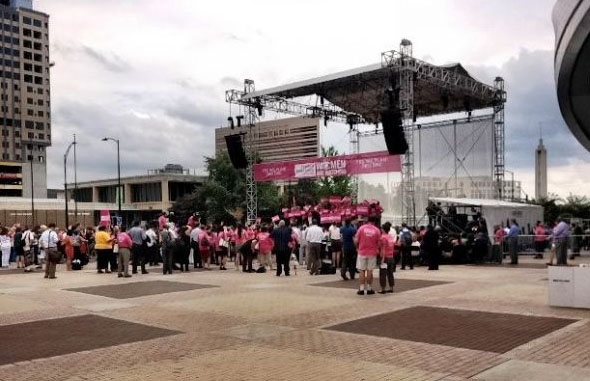 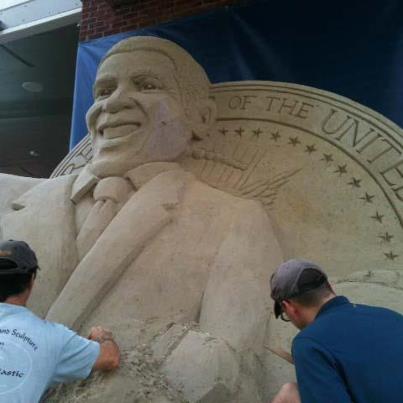 Catholic
Well that was disappointing...
The Crescat 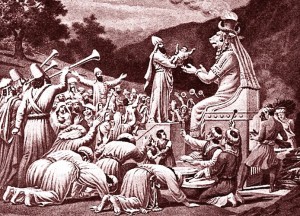 Catholic
DNC Does Not Want To Be Punished With...
The Crescat
TRENDING AT PATHEOS Catholic