Pope Francis Scares Me Because God Give Us What We Need…

Pope Francis Scares Me Because God Give Us What We Need… March 19, 2013 Katrina Fernandez

… You know how you just get used to someone’s face? After seeing it for eight long years I am sorely missing Benedict’s. The affection I have Benedict just isn’t there for Pope Francis. In time, maybe. But for right now when I look on Pope Francis’s smiling face I keep wondering, who is this man and why is he our pope? That uncertainty and unfamiliarity makes me a bit uneasy. I couldn’t put my finger on it till last night. 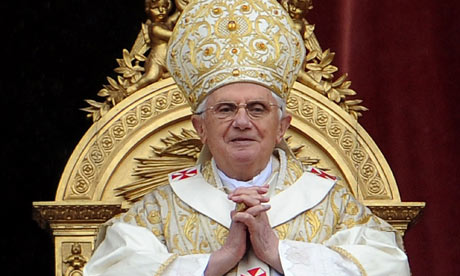 A lot of the reaction, I suspect, is still residual sadness, or even anger, at the resignation of Pope Benedict and the unfinished agenda he left behind.

It’s true. I am not handling the loss of Benedict XVI as my pope as well as I’d hoped. A HUGE part of why it’s hard for me to completely warm up to Pope Francis is the residual sadness and resentment I feel for having lost Pope Benedict. I noted it was like a father walking out on his children when the Bishop Emeritus abdicated. In a culture where patriarchal abandonment is commonplace, Benedict’s abdication brought about a lot of feelings of unresolved resentment I’ve held onto from my own childhood. Mostly I’ve just been deeply sad. The whole situation is too reminiscent of a bad divorce where the kids are divided between loyalty and love for two parents.

However, let’s place this sadness aside for a moment. It’s fear I want to talk about.

True story; I am not as smug and self assured as I play on the internet. The fact is I am gripped with a very strange and unsettling fear. I want to bring this fear out of the darkness in my mind and into light of day, not to feed on the fear, but to address and name it in hopes of conquering it. Or at least try to tame it.

Yes, I miss Pope Benedict immensely. I miss his red shoes, ecclesiastical bling, and regal finery. He looked like everything a man of his stature should, like a prince of the Church. Right down to the tips of his toes. 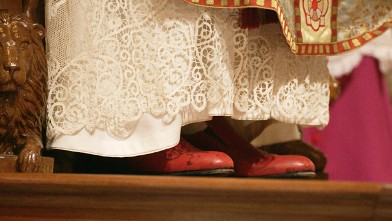 This pope, the “Poverello del Vaticano”, looks like a man who has no desire for finery. And if the Holy Father has no desire for something that I placed such a high importance on than shouldn’t that tell me my priorities are misdirected? 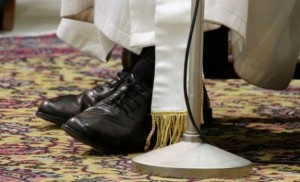 To say this transition from one pope to the next has been difficult is an extreme understatement. So if it sounds like the traddies are panicking, it’s because they are scared. Scared they are going to lose the things they love, like beautiful liturgies and masses in the extraordinary form, and scared to find out if losing them is going to be a great test of faith.

Of course I can only speak for myself, but this seems to be general assumption being made, one I’ve made myself; that those who are worrying most are just being liturgical snobs.

Guess what though, I’m sure this comes as no surprise, but I can be a bit of a liturgical snob too. I remarked that I miss seeing regal papal finery because it represents a certain timelessness. The modern world is shit. The traditions of the Church remind me that at least She doesn’t change. It’s comforting like a childhood home.

But as much as loved the papal red shoes and will miss seeing them, it’s still not the root cause of my general malaise. There is something more going on and it wasn’t till last night that I was able to pinpoint it.

Logically I know that Pope Francis isn’t going to destroy the mass with giant puppets parading through St. Peter’s. Logically I also know that no pope throughout the entire history of the Church, even the Borgia and Medici popes, has ever preached heresy. Yes, I have considered the propensity for liberation theology that South American regions have and their charismatic tendencies for worship. I understand these fears many have and I don’t want to discredit them… I personally just feel that are unwarranted.

So what the heck is my problem then? If I’m not afraid of Pope Francis or the changes he may or may not make, I must be afraid of what this Pope says about my nature as a Catholic. I don’t like his pectoral cross or his shoes? Guess what, I just realized I’m a superficial Catholic.

Let’s just say… this Pope, the Poverello of the Vatican, makes me feel extremely guilty. His simplicity and humility embarrasses me. Well, makes me embarrassed for myself at the lack of my own virtue. It has me unsettled.

On top of that; however, there’s yet another layer to my disquiet. For some time now I’ve known that this nation is headed down a very dark path. We think we are impervious to the problems other nations are facing regarding religious freedoms. Slowly we are beginning to see that this is not the case. We, as Catholics, are not safe. I can see it in the acceptable prejudices directed toward us via the government, media, and entertainment industry.

You know God gives us what we need, not what we want. So God has decided that we need a Third World pope. What does mean? That we need a strong dose of humility administered daily and that we need a man in the Seat of Peter who has personal first hand knowledge of real government persecution and atheistic public policies? These are disquieting thoughts indeed… that we are about to have our peace disturbed.

But an old friend, whom I trust and respect, reminded me that it’s good to have a pope who’s dealt with this. It’s what we need. And I can find comfort and peace in that. So thank you, friend. I hope everyone else feeling unease can too find comfort in that. Even the trials are good because we walk away stronger, so have hope and be at peace. God always gives us what we need. 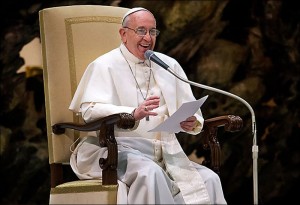 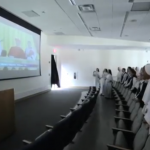 March 19, 2013
The Dominican Sisters of Mary, Mother of the Eucharist React To Hearing "Habemus Papam" ...
Next Post 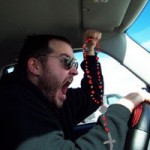 March 20, 2013 Fun With Penance...
Recent Comments
0 | Leave a Comment
"Pithy and so, so, true. If it were possible, I'd post a million of these ..."
Vicky Hernandez #whyIstayed Why Women Stay In Domestically ..."
"All the best to you, Katrina! We'll miss you. Thanks for sharing your journey with ..."
Lori Ten Years is a Long Run…
"Bon voyage on your new endeavours. And thank you."
Cordelia Ten Years is a Long Run…
"I will miss your unique, funny, honest voice. Thank you for all the years of ..."
Jim Vogel Ten Years is a Long Run…
Browse Our Archives
get the latest from
Catholic
Sign up for our newsletter
POPULAR AT PATHEOS Catholic
1

What If Someone You Love is...
Public Catholic
Related posts from The Crescat