… Do you know how hard it is to cultivate in my son’s life these pockets of boyish refuge? Exceptionally hard. Young men are constantly surrounded by a cloud of femininity that is hostile to their boyhood. Teachers especially. The education system is dominated by women, most of whom do not have the time, patience, or know how to educate fidgety young men. When teachers aren’t telling our boys to shut up and sit still, the media and entertainment industries fill in the gaps of the chorus. 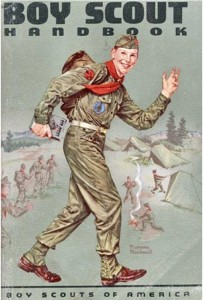 The Boy Scouts is such an attractive notion to parents of young men because it promised to provide that refuge, giving boys the opportunities they need to learn how to be men, to cultivate healthy male friendships, and to be learn to be comfortable with their boy-ness.

Now with the Boy Scouts considering an end to their ban on homosexuals, prohibiting them from their organization we are forced to ask … What happens if the Scouts renege on that promise? What happens when an entire organization devoted to boyhood suddenly decides that boyhood is no longer important? When the only thing “Boy” about the Boy Scouts becomes it’s name and not it’s essence?

My son loves being a scout and it would pain me to have to make the decision to end our association with the organization. However, if the Scouts decide to continue on this path to self destruction we will move on. It’s hard to articulate the reasons because all people hear is “homophobia” and “bigot”. But I’ll be damned if I’m going to be intimidated by political correctness at the expense of my only child’s safety and emotional well being.

I’ve been hard pressed to read anything that properly explains why the idea of homosexual Scouts and leaders is so profoundly disturbing. Then I read this. It’s long but I implore you to carve out the time to read it over. It’s a thoughtful piece and deserves to be thoughtfully read.

A Boy’s Life with Unisex Scouts by Anthony Esolen.

“The boy in the title was, if anything, more important than the scout. If a certain boy in the ranks were caught trying to entice others in things unmanly, and here I am including also the unmanly things that boys attracted to girls do, he’d have been taken aside, or sent to the counseling he badly needed, or quietly dismissed from the corps.

Luke’s father now asks what should happen if one of the troubled boys makes his predilections public. He remembers the tumult of puberty all too well. He remembers the confusion of feelings, the longing to be one of the boys, the fear of embarrassment, and the strangeness of girls, many of them for a brief time taller than Luke will be.

He does not want any word, or suggestion, or tale, or touch, to make Luke’s passage through the straits any more troublesome than it must inevitably be. Most especially does he not want a young scoutmaster with an eye for young men to drop a casual hint about his life, as if it were as moral as eating.

Luke’s father has a right to expect that people will not obtrude themselves into his son’s normal growth to manhood. It is wrong to lay a snare in the boy’s path. It is downright wicked to do so, when the life held forth not only frustrates the natural aims of Luke’s parents and the natural fulfillment of the boy’s masculinity, but also leaves those who are snared prone to an array of terrible diseases, both physical and moral.

He notes with wry irritation that Luke’s teachers are apt to wag their fingers at perfectly innocent things, like cupcakes in a lunchbox, but will cheer when a boy publicizes his entry into the bizarre and self-destructive.

But it isn’t just the pitfalls that the father is thinking of. It occurs to him that the Boy Scouts and he have come to an impasse. There is no reconciling them. The Boy Scouts now proclaim that there is nothing to being a boy, and nothing to the boy’s becoming a man; they might as well be the Unisex Scouts, as they are in Canada, where the scouting movement has collapsed.

In other words, Luke’s father is being asked to enroll his son in a group specifically limited to boys, but one that does not recognize the nature of boyhood and its progress to manhood. Thus there is no real justification for the group; that its membership is male is accidental and not of the essence. He and they do not see the same being in Luke. He sees his boy, and the man-to-be; they see a neuter. He sees a father-in-training; they see an immature human thing, a bundle of appetites that are not in themselves subject to moral judgment.

Federation of North American Explorers and the Colombian Squires, a Knights of Columbus organization.

St. John Bosco, pray for us. 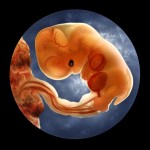 April 30, 2013 When We Practice To Deceive, Semantics and Redefining What Abortion is...
Recent Comments
0 | Leave a Comment
Browse Our Archives
Follow Us!

Benedict, Sarah, Francis, and the Case...
Steel Magnificat
Related posts from The Crescat 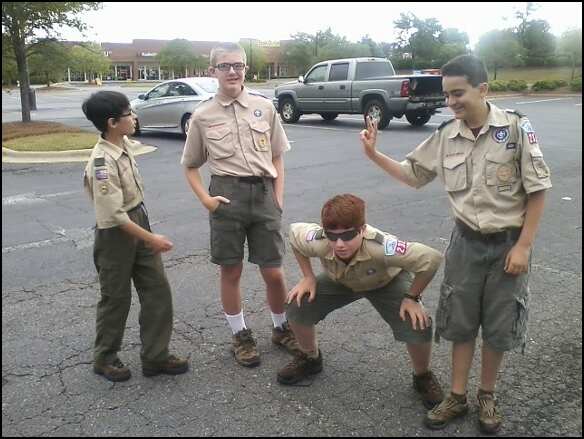 Catholic
I'd Like to Celebrate This Moment With a...
The Crescat 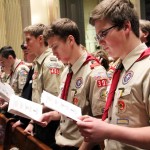