How To Tell If Your Child Is Completely Unexceptional…

How To Tell If Your Child Is Completely Unexceptional… July 18, 2013 Katrina Fernandez

Remember that scene in the movie The Incredibles when Dash tells his mom that when everyone is special no one is? The point is later reiterated by the villain who proclaims “When everyone’s super, no one is”.

Yeah… being labeled as “gifted” now-a-days is kinda like that. 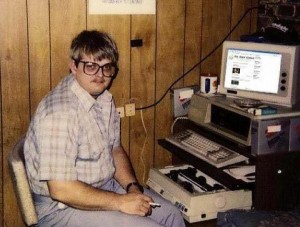 Meet indignant father, Nick, who defensively claims his unemployed, living at home in the basement, 29 year old son is ‘gifted’. Nick is also one of those BFF dads who believe that passing on parental values, morals, and religious beliefs is “tantamount to child abuse” by forcing kids what to think. He also doesn’t believe in kids doing chores. Or getting jobs and being productive citizens. Not surprisingly he also feels it’s A-OK for his son to hide out in the basement waiting for the economy to improve till junior gets the job he “deserves”. So basically, Nick failed as a parent and his son is loaf.

“Matt, I heard your horrible conversation today about parenting. A few comments in response:

1) Based on your remarks, I have to say I feel bad for your kids. You sound like the sort of person who never should have been a parent. You said you plain to teach your kids “how to think.” I guess this is common in right wing religious fundamentalist households. Personally, I let my child form his own conclusions about things. To impose your views on a child is tantamount to child abuse. Do them a favor, let them think FREELY.

2) You greatly exaggerate the importance of “chores.” Also, the idea that a kid should be forced to “get a job” is abhorrent. My son was very gifted so we gave him all the tools to succeed academically. This meant we didn’t turn him into slave labor and we certainly didn’t tell him he needed to go work behind a cash register. He concentrated on his school work, and we did our job as parents and financially supported him.

3) It’s easy to mock a “30 year old who lives with is parents.” My son is almost 29 and he’s been home with us since he graduated. Unfortunately the job market isn’t the greatest (maybe you hadn’t heard) and I’m not going to let him starve on the street. He has a college education, it’s pointless for him to be out working in a retail store or some other menial job. I will be here for him until he is able to get the job he deserves.”

What happens next it glorious.

Matt Walsh puts him and his “gifted” son in their appropriate place.

I’m not an expert on parenting. I never claimed to be. But you don’t need to be an expert to know that one of the fundamental tasks of a parent — and this really speaks to the whole point of the endeavor — is to teach your child how to navigate the physical, moral, spiritual and intellectual dangers of life. This includes teaching them how to think, which could also be referred to as passing on your values and your worldview. If you have no interest in doing this, then I would suggest that you never really wanted a child — you wanted a friend. Now you have one. Living at home with you. Forever. Congratulations.

Chores schmores. What can they teach a kid? Discipline, obedience, and hard work? Screw that. What is this, the 50′s? Listen, Nick, don’t take this the wrong way, but what leads you to the conclusion that your son is “gifted”? He can’t mow the lawn, work a job, earn a living, pay a bill, apply a skill, or support himself, yet he’s “gifted”? What are his gifts, exactly? You know, something tells me an astronaut’s parents never have to inform people that their child is “gifted.” People sort of pick up on that based on context clues. They behold his accomplishments and admire his achievements. They can SEE his gifts. He uses them, applies them, refines them. Your son MIGHT have gifts — the jury is still out — but whatever they may be, they’ll atrophy and whittle away the longer he spends lounging in a bean bag chair eating macaroni and cheese.

If anything, this serves as a cautionary tale against the frightening trend of being your kid’s bestie, or as I call it, non-parenting. 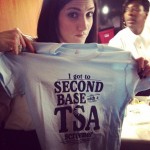 July 18, 2013 The Pope and The Cyclist...
Recent Comments
0 | Leave a Comment
Browse Our Archives
get the latest from
Catholic
Sign up for our newsletter
POPULAR AT PATHEOS Catholic
1 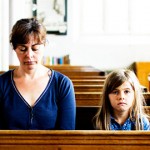 Catholic
Overlooked and Dismissed During the Synod, How Single...
The Crescat 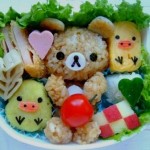 Catholic
How To Make Prayer Fun and Less Chore...
The Crescat
TRENDING AT PATHEOS Catholic