Pope Francis’ Preference for Simplicity Leaves Much To Be Spiritually Desired…

… I had the weirdest dream last night. It was about Pope Francis. He was doing something. Something, now in waking hours, I can’t recall but in my dream it annoyed me tremendously. He was probably wearing second hand sweat pants and riding the metro or something. Anyway, I’d managed to forget about it till His Holiness appeared in my news feed and the those irksome feelings crept over me again.

I know this is a completely irrational reaction to have, especially as a Catholic, directed at such a holy man like the Pope. Such a humble man… as we’ve all seen he is. To ad nauseum.

But why ad nauseum?

Every time I read about how humble Francis is I take it personally, as a slight meant to imply that his predecessor was some how not. And every time he shuns the trappings of the office of Pope I spiritually die inside a little more.

How can I love a Pope who doesn’t even want to be Pope? Who doesn’t even call himself Pope but prefers the title Bishop of Rome. Who chooses, of all the chapels in Rome, to celebrate mass here …

aboard the mother ship. 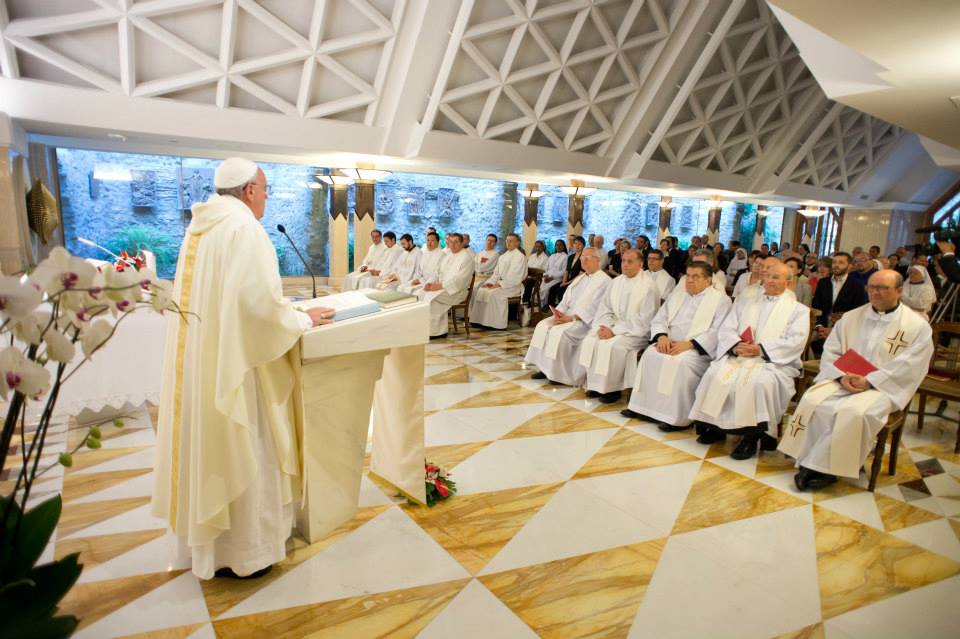 It’s more to me than not wearing red loafers and papal vestments. It’s not a matter of personal preferences for pomp and finery and Baroque ornamentation dripping in gold leaf. It’s not liturgically snobbery. It’s about spiritual poverty and slowly being starved to death.

Those things, things that Francis seems to detest, spiritually feed me. They have meaning, meaning that I need to experience through my senses. It’s just so hard to warm up to someone who feels the things you find important and meaningful to be trivial frivolities.

And what does that mean for a Catholic who wants nothing more than to be faithful and obedient to carry about them these negative feelings toward their Papa? The sense of frustration has me in such a spiritual state that it turn makes me feel resentment. Which fuels the guilt, which stops up the holiness, and fuels the annoyances. And I’m stuck in this bitter cycle where I want to scream, “Would it be too much for your humble sensibilities to throw one a little brocade once and while? I mean you are Pope. I’m pretty sure it’s not a sin to look like one.”

See… the ravings of someone spiritually starving. All this focus on eschewing expensive finery for the sake of the poor. The poor. You know what, as a member of the poor, I can earnestly say that financially poverty is less detrimental than spiritual poverty. Financial poverty won’t kill me like spiritual poverty will. And to be perfectly honest, I find it all rather condescending. Poor people being offended by beautiful chalices and awe inspiring church architecture. Pfffft.

No one is doubting the Pope is a holy man. Like Trappist monks who are highly disciplined in their faith, he may not need all the liturgical riches and finery to be spiritually nourished. But the rest of us, the rest of us regular Catholics who aren’t quite there yet, the ones struggling every day just to be good, need it.

And I get so tired of people accusing me of arrogance and snobbery for stating so. If you want to get technical, it’s a sign of my weakness to admit that I need it. I long for it and hunger for it like a poor starving soul. It’s a big deal. A huge deal for the Pope to put away these meaningful symbols represented in the papal finery. I wonder if he’s aware of how intentionally difficult he is making it for his followers to love him? Or maybe he does and it’s all a spiritual exercise I’m just not getting. Or I could really just be a big fat, shallow snob. I can’t work it out. So I wrote this instead.

I sincerely don’t want my struggles to be a source of scandal or cause anyone else’s affections to wane for our Holy Father. It’s just that I never really know what to think about a thing till I write it all out and sort it over in my brain. So this post is meant to help me find some reconciliation in hopes that I can finally begin to move on.

Because boy, oh man! Lord knows, I really do want to love this guy. 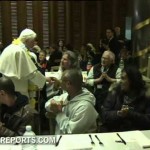 July 10, 2013 Short Term Memory Loss and Francis' 'Unique' Humility...
Recent Comments
1 Comment | Leave a Comment
"Pithy and so, so, true. If it were possible, I'd post a million of these ..."
Vicky Hernandez #whyIstayed Why Women Stay In Domestically ..."
"All the best to you, Katrina! We'll miss you. Thanks for sharing your journey with ..."
Lori Ten Years is a Long Run…
"Bon voyage on your new endeavours. And thank you."
Cordelia Ten Years is a Long Run…
"I will miss your unique, funny, honest voice. Thank you for all the years of ..."
Jim Vogel Ten Years is a Long Run…
Browse Our Archives
Related posts from The Crescat