… I’m don’t put much stock in omens, therefore I don’t find it the least bit ominous that a seagull and a crow attacked two doves. The fact that the doves where released from an Apostolic Palace window during the Pope’s appeal for peace in Ukraine says less about the Ukraine’s future and more about the nature of gulls and crows. 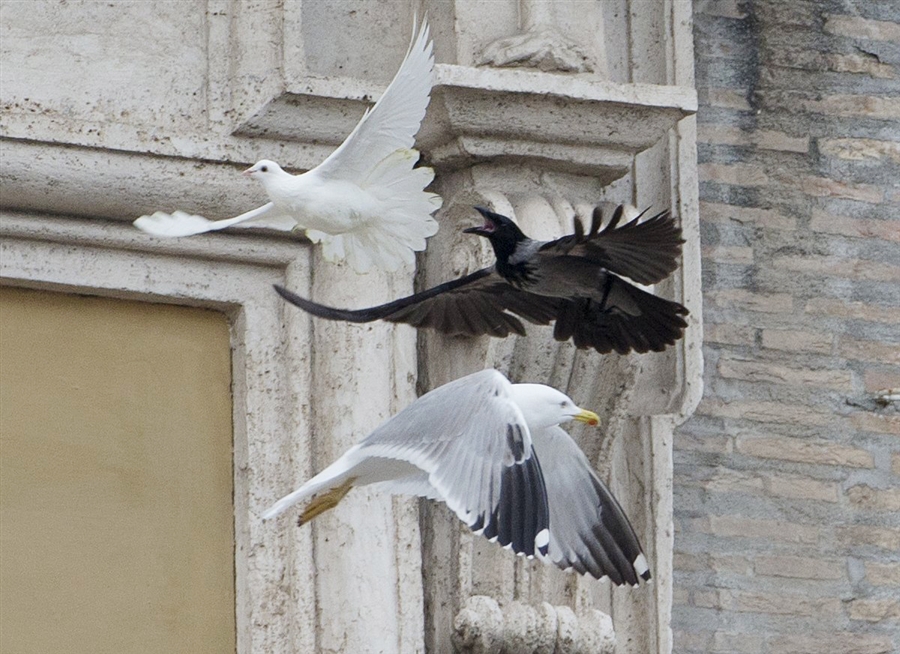 Being from Virginia Beach, where your chances of being crapped on by a seagull are in the top percentages, I can attest to just how vicious and nasty these birds are. Seagulls are such notorious assholes that they even have their own page on Buzzfeed. Nah, A seagull attacking a dove is just a seagull being a seagull. 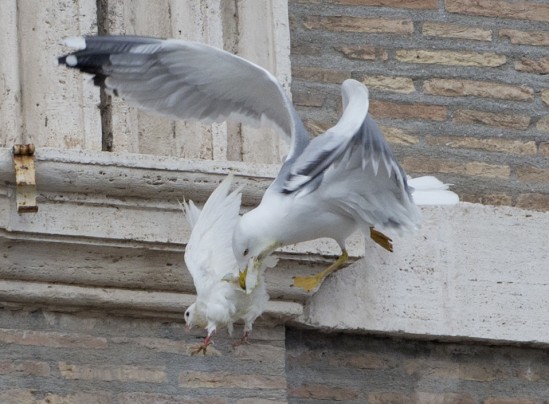 Now crows on the other hand… those birds are straight from Hell. 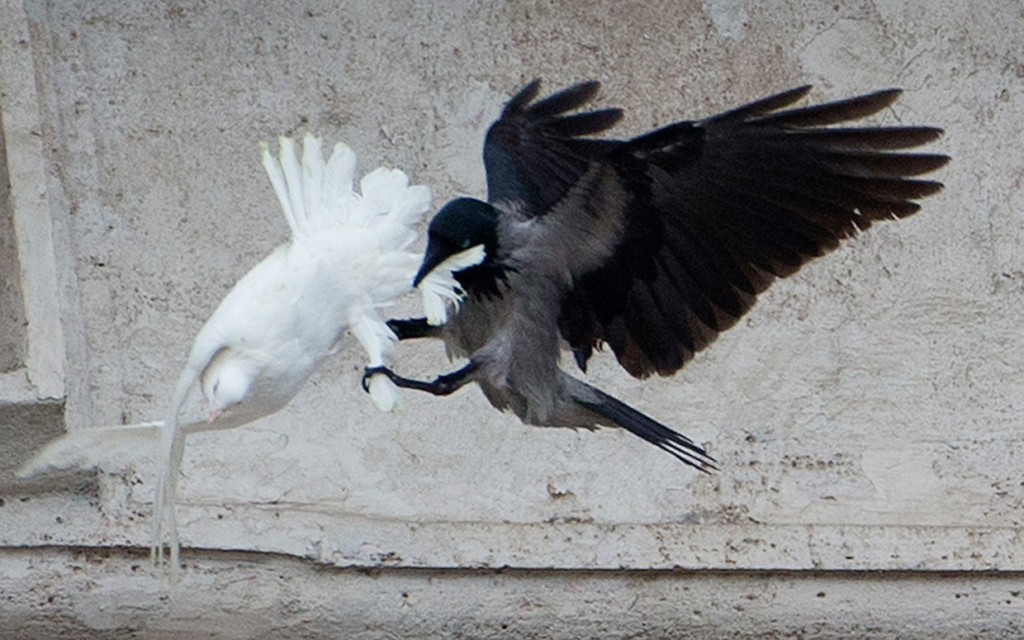 Evil, malicious harbingers of doom crows are. When a crow attacks a dove of peace it’s time to stock the doomsday bunker. In fact, I’ll be deeply disappointed if there isn’t an investigative video expose and this incident isn’t exploited to it’s fullest potential.

Related News: National Geographic’s victim blaming article; Why Birds Attacked the Peace Doves in Rome. “A crow and a gull targeted the freakish doves, bred to be unnaturally white.”

January 30, 2014 Parent Shaming and $3M Dollar Shelves Disguised As Art...
Recent Comments
0 | Leave a Comment
Browse Our Archives
get the latest from
Catholic
Sign up for our newsletter
POPULAR AT PATHEOS Catholic
1