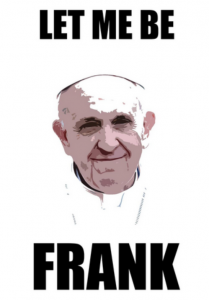 VATICAN CITY — Pope Francis made his toughest remarks to date on abortion when he called the practice “horrific” on Monday.

“It is horrific even to think that there are children, victims of abortion, who will never see the light of day,” the pontiff said during his yearly address to diplomats accredited to the Vatican, a speech known as his “State of the World” address.

Conservatives in the Roman Catholic Church had previously accused the pope of not speaking out forcefully enough against abortion.

While showing no signs of changing the Church’s position against abortion, Francis has not spoken out against it as sternly or as repeatedly as his predecessors Pope Benedict XVI and the late John Paul II since his election in March.

Now let me be REALLY frank… 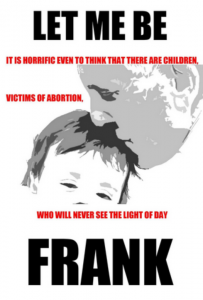 But this, this right here was my favorite comment from the above article…

“His stance favoring mercy over condemnation has disoriented conservative Catholics”

Wait. What? What’s going on? Where am I? I’m so disoriented.

What they are calling “disorientation” is merely a confusion of the term mercy. To a liberal, mercy is simply the act of not condemning sin. Condemnation as an action is too judge-y. It’s not nice and merciful to point out to someone that certain sinful behavior can lead to eternal damnation. Cause live and let live and who am I to judge and what not. Only that’s not really what the Pope said. At. All.

To a conservative (using the term to differentiate as per the article), allowing someone to continue on in a disastrously sinful state is no mercy whatsoever. Without condemnation and rejection of sin there can be no mercy. No, as far as I can tell the only ones disoriented are the poor souls who keep desperately clinging to the idea that Pope Francis is going to be Francis the Great Reformer.

In other news… Pope Francis turns his back on congregation! ¡Dios mío! 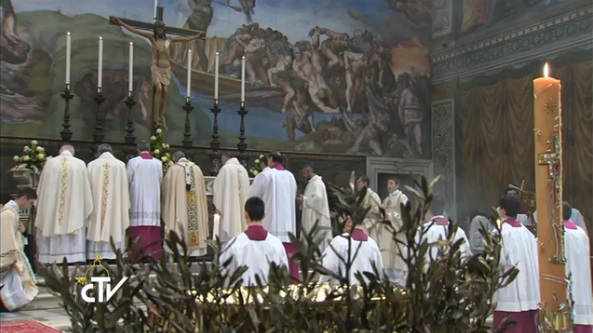 H/T to the Digital Hairshirt for the “Let me be Frank” images.

January 16, 2014 9 Days of Prayer For Life...
Recent Comments
0 | Leave a Comment
"Pithy and so, so, true. If it were possible, I'd post a million of these ..."
Vicky Hernandez #whyIstayed Why Women Stay In Domestically ..."
"All the best to you, Katrina! We'll miss you. Thanks for sharing your journey with ..."
Lori Ten Years is a Long Run…
"Bon voyage on your new endeavours. And thank you."
Cordelia Ten Years is a Long Run…
"I will miss your unique, funny, honest voice. Thank you for all the years of ..."
Jim Vogel Ten Years is a Long Run…
Browse Our Archives
Related posts from The Crescat