“We’ve never had sex in Midwife and we never shall.”

“We’ve never had sex in Midwife and we never shall.” January 14, 2014 Katrina Fernandez

… Anybody else watch this show? If not, here’s as good a reason as any to start watching. 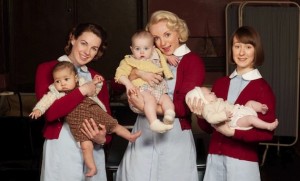 Heidi Thomas, who created the award-winning programme, said sexual activity would have no place in the 1950s setting.

She told Radio Times magazine: “We’ve never had sex in Midwife and we never shall. We have the consequences of it, certainly, but I always try to look at things within the historic context.

“In the East End of the 1950s – or so a lot of people have told us – children playing out in the street would see the midwives arrive and they thought the babies came in the box on the back of the bike.

“We’re not a soap, we’re a medical drama, but we do tell a story about women in the 1950s and it’s quite nice to show these rather chaste romances, which are so different from the ones girls have today. SOURCE

Not like that horrible show, Downton Abbey, and that unspeakable thing they did to poor Anna. 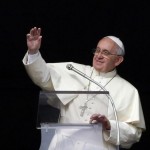 January 14, 2014 That awkward moment when the media realizes the Pope's still Catholic...
Recent Comments
0 | Leave a Comment
"Pithy and so, so, true. If it were possible, I'd post a million of these ..."
Vicky Hernandez #whyIstayed Why Women Stay In Domestically ..."
"All the best to you, Katrina! We'll miss you. Thanks for sharing your journey with ..."
Lori Ten Years is a Long Run…
"Bon voyage on your new endeavours. And thank you."
Cordelia Ten Years is a Long Run…
"I will miss your unique, funny, honest voice. Thank you for all the years of ..."
Jim Vogel Ten Years is a Long Run…
Browse Our Archives
get the latest from
Catholic
Sign up for our newsletter
POPULAR AT PATHEOS Catholic
1

Law, Order, and Amy Coney Barrett
A Little Bit of Nothing
Related posts from The Crescat

Christians And Politics
Standard Christology describes Jesus as being God and man, one person with...
view all Catholic blogs
What Are Your Thoughts?leave a comment
Copyright 2008-2020, Patheos. All rights reserved.