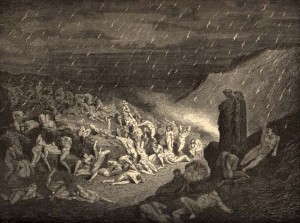 In 2009 I was working on a project in Chicago which put me in contact with an investment banker, an amiable chap who, as it happened, had left Lehman Brothers in New York for a Chicago job just before the New York firm’s collapse the previous year. I waited until we had a casual moment together and then asked him what he thought of the fate of his old firm in New York.

“Here’s when I got a sense for what might be coming. I was in an elevator in the Lehman building just a few months before crash. I was riding down to lunch when my colleague suddenly turns to me and says, ‘You realize that there are only about three people in this entire building who understand our position in the market at this moment? Who really understand it, I mean?’”

He was of course referring to the small room on an upper floor where the “quants” worked, those math PhDs whose job it was to invent and track various forms of derivatives. When only three guys know and (maybe!) understand your bank’s position in the market at any given time—and probably could not explain it to anyone else—you are not in a great place, as events soon proved.

You don’t even have to see The Big Short to realize that creating and selling bogus products in this way is purely and simply fraud. And please don’t talk to me about managing risk. I was a senior editor for Futures Magazine, covering the exchange-traded products the banks eventually decided they could trade better in their own non-regulated inter-bank universe.

So we (the futures business) went from developing financial instruments which purportedly “hedged” something to a whole new plateau of products so removed from reality that they could be ruinously pyramided far from any scrutiny whatsoever. Suffice it to say, this was no longer Farmer Jones buying a few corn futures against his next year’s production.

Last year, far from the trading pits, I was teaching Dante’s Commedia to a class at Valparaiso University when I first noticed the vehemence of the poet’s views on the sins of fraud and especially usury. The latter is actually punished deeper in Inferno than the sins of either murder or suicide, for example.

The remarkable surge in Florentines’ prosperity in Dante’s time infuriated him because of its impact on the character of his fellow citizens. Thus, in Inferno XVII, Dante briefly separates himself from his guide Vergil in order to speak with a group of sitting in pain on scalding ground while tears pour from their eyes. They endless swat away sparks of burning fire and the stinging sand around them.

But these figures are even more distinctive for the money purses they wear around their necks, each displaying his family’s once noble coat of arms, now reduced to symbols of mere avarice and exploitation. It’s also notable that the typical medieval iconography of Jewish moneylenders descending to Hell with their moneybags nowhere appears in Dante nor does he lapse into any traces of the anti-Semitic tendencies of his era in the Commedia. Instead, he here puts the moneybags around the necks of Christian bankers—the usurers.

The Thomistic critique of usury, from which Dante borrowed, includes three scholastic arguments which center on the themes of 1) the nature and purpose of money, 2) the relation between labor and a just recompense, and 3) the medieval vision of society as an harmonious whole. Dante’s ire is grounded in all three approaches to the practice.

This dimension of Dante is perhaps only now being recovered by (post-2008 collapse) scholars. Even so, Rod Dreher’s recent book on Dante, an excellent popular introduction, curiously skimps any commentary on Dante’s societal/economic critique except in the broadest terms. From Dante to (say) Martin Shkreli—these are dots that need connecting.

In our global economic system today, usury means loaning money interest in order to increase consumption, as John Medaille has pointed out. And no louder voice has been raised against this hypertrophied system of extraction than that of Pope Francis, for whom “such an economy kills.”

Does it have to be this way? The economy of sharing is not a fantasy, despite any protests of a few capitalist Shiites eager to restart the boom times. Among other notable projects of what’s sometimes called the New Economy, the Economy of Communion (mentioned by name in Pope Benedict’s Caritas in Veritate) is one of the most inspired, for its personalism, its innovation, and its practical results. In this international network of almost 1,000 companies, not a derivatives trader among them. 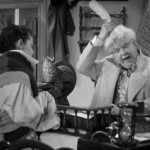 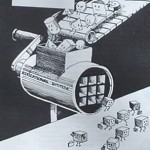